Haworth white papers: workplace culture is the most important factor to take into account when designing office spaces, according to research by Haworth.

The research, contained in a white paper produced by the US office furniture giant, found that organisational culture is a more important consideration than efficiency and performance when it comes to office design.

"The critical achievement of workspace design is to integrate the various – and sometimes competing – cultures, values and behaviours of people to meet company goals," says the white paper.

"No matter how strong an organisation's planned procedures, culture trumps strategy when the two are not aligned."

The research points out that the workplace is usually viewed as a cost rather than a driver of performance, with emphasis often placed on factors such as increasing worker density and introducing homogenous workstations.

However employers may be missing a trick, the research suggests, since office design can help companies build their culture.

"Research suggests that architecture, interior design and furnishings provide a tangible way to support – or even change – the culture of an organisation," the white paper says.

The white paper, titled How to Create a Successful Organisational Culture: Build It – Literally, is one of a number of reports produced by Haworth's Global Workplace Research department.

O'Neill, who has been researching the relationship between office design and worker behaviour for more than 25 years, said that companies ignore their culture at their peril since it is the only asset that rivals cannot copy.

In addition to this, workplaces that reflect and encourage organisational culture lead to better-motivated employees, the research states.

"Companies with low employee engagement suffer from a 32 per cent decrease in operating income," the white paper says. "At the heart of employee motivation resides company culture. Workspace strategy and design is a tangible opportunity to convert the office into a space that sets high performance standards."

To help companies create motivational workplaces, Haworth has co-developed a tool to identify their unique organisational culture as well as the subcultures that exist within teams.

The tool "allows us to identify organisational culture and provide design guidance to help clients better align space to support their culture," O'Neill said, adding that Haworth has already used the methodology with over 100 organisations.

"We generally find that organisations have an over-arching culture that is often tied to their brand, but that there are also strong and varied sub-cultures that tend to run along business unit lines, such as finance and marketing, which, not surprisingly, may express very different cultures," O'Neill said.

"Understanding the cultural context of an organisation can help the designer offer the right mix of individual, meeting and social spaces and even the atmosphere of those spaces that encourage the desired behaviours," he added.

Haworth's tool is based on the Competing Values Framework, a seminal model of organisational culture developed by Robert E Quinn and John Rohrburgh in the 1980s. Put simply, this model categorises company culture into four types – collaborate, create, control and compete – all of which are considered equally useful depending on the type of work being carried out.

For example, a "control" culture might work for a company where linear communication and "doing things right" is essential, whereas a "compete" culture likes to "do things fast", thrives on external competition and focuses on results.

A "collaborate" culture is typically a "do things together" organisation that focuses on team building and concern for people, while a "create" culture has a "do things first" attitude and prizes experimentation and individuality.

Most companies will have a dominant culture that broadly falls into one of these categories. But workspace design also needs to recognise the distinct subcultures that can develop in team units within a company.

"It's important to recognise the difference between each culture profile because organisations always have a dominant culture and may also contain different subcultures," says the white paper. "By understanding and accepting various cultures, organisations can harness the differences for success."

Haworth's research outlines how the idea of culture "creates a sense of order, continuity and commitment that permeates every aspect of an organisation, from how employees interact to customer perceptions".

This is manifested in the values, attitudes and systems a company employs and promotes, as well as in more tangible factors such as dress code, architecture and products.

Getting the physical environment right is key in reinforcing these ideas, according to workplace design expert Jeremy Myerson, Helen Hamlyn chair of design at London's Royal College of Art.

"The three big levers of culture are people, place and technology, but I think place is probably the strongest determinant of culture," said Myerson, whose team worked with Haworth on a five-year project that led to a 2014 book, Life of Work, looking at what office designers can learn from other everyday spaces including libraries and theatres.

"You're coming to work in a physical location that frames the vision and values of the company," Myerson said. "Design's role in this is to help companies either reinforce good cultures or change bad ones."

Steve Teubner, principal at Virigina practice Fox Architects, said that clients are finally starting to realise the importance of nurturing culture through the physical workplace.

"One of the things we've been seeing is organisations starting to focus more on the human capital aspect of organisational performance," said Teubner, who uses Haworth's methodology when designing workplaces.

"They've optimised the technology, they've had consultants in optimising their processes and the last bastion of organisational improvement is the environment."

He added: "It's gone ignored for so long and it is a vital component of the tools at an organisation's disposal to reinforce and support processes. We see our role as creating that physical expression of the culture that reinforces those beliefs and values and processes."

However, companies need to be careful not to jump on trendy office-design bandwagons or try to ape the workplace culture of other organisations, said Gabor Nagy, research program manager at Haworth.

"Space design is just a tool, not a means for cultural change," Nagy said. "'We want to be like Google' is a common misconception that clients try to convey to designers, and by that they mean funky offices, playful furniture and ping pong tables or game rooms."

"Problem is, if the organisation's culture is not like Google's, chances are very high that such design conceptions will backfire: employees hanging out in the game room or playing ping-pong while working will not be seen as creative innovators, but more like folks who are sabotaging their daily work. Thus, these spaces will likely not be used at all." 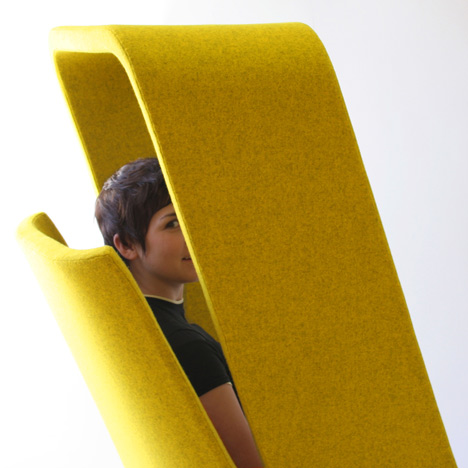 "An insurance company in Stuttgart doesn't really need to look like Facebook," agreed Myerson. "Work is a serious thing and the Haworth cultures model is a serious attempt to say that not all companies need a creative playpen."

For any company looking to improve staff satisfaction, gaining a better understanding of its organisational culture is a good first step. From this foundation, designers can then build an environment suited to a firm's unique and varied needs, said O'Neill.

"Understanding the cultural context of an organisation can help designers offer the right mix of individual, meeting and social spaces and even create an atmosphere within those spaces that encourages the desired behaviours," he said.

This is the first in a series of articles produced in collaboration with Haworth exploring the brand's white paper reports into workplace design. Download the Create a Successful Organisational Culture: Build It – Literally white paper here.

First set of illustrations are by Stephen Cheetham.