A group of aviation experts has unveiled plans for a supersonic speed plane named Boom, which is being developed as a replacement for Concorde.

Boom planes will travel 2.6 times faster than any other aircraft, up to speeds of 1,451 miles per hour – Concorde's top speed was in the region of 1,350 miles per hour.

Each vessel will have 40 seats in two rows on either side of the aisle, and will allow passengers travel from London to New York in under three hours thirty minutes. Tickets will be priced at around $5,000 (approximately £3,504).

"We are talking about the first supersonic jet people can afford to fly," Boom founder and chief executive Blake Scholl told the Guardian. "This isn't science fiction, we are actually doing this. You will be able to fly New York to London in three-and-a-half hours for $5,000 return, [which is roughly] the same as [the cost] of business class." 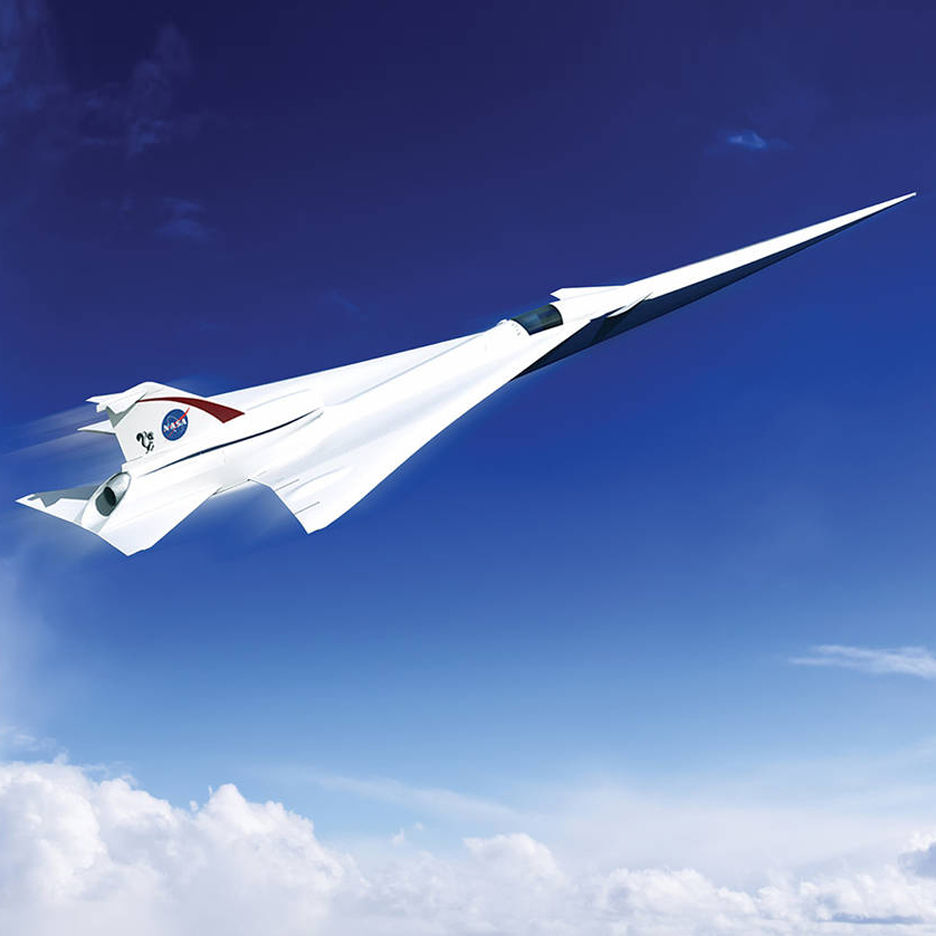 Although Scholl acknowledged the concept could seem farfetched, he assured critics that it was well within reach as the plane will be powered using existing technologies.

According to the company's website, lightweight carbon-fibre composites, propulsion systems and airframe materials will allow the aircraft to be the "fastest passenger plane ever".

"We're not using any technology that doesn't already exist, it is just putting it together in the right way," said Scholl. "It will still be tested rigorously."

The aircraft is currently in the prototyping phase – but the team is aiming to fly a test aircraft in Colorado in late 2017, followed by supersonic test flights near Edwards Air Force Base in California.

Between them, the team of pilots, engineers and builders behind Boom have started six companies and contributed to the design of over 30 new airplanes.

The company recently received backing from Richard Branson's Virgin Group, which is in the process of developing commercial space flights. Virgin has also signed an option to buy 10 of the planes in hopes of reintroducing dramatically shorter passenger flights between London and New York, 13 years after Concorde was decommissioned.

Scholl said his plane will be able to succeed where Concorde failed because flights will be much cheaper – allowing people to commute across the Atlantic.

"Concorde was just too expensive to fly, and to fill 100 seats at $20,000 each," Scholl said. "You have to bring the ticket price down, and make the aeroplane the right size so you can fill the seats."

The Guardian also reported that Scholl has signed a letter of intent with an major London-based airline, which wants to buy $2 billion (£1.42 billion) worth of his jets.

Boom isn't the first to design an alternative to Concorde. Earlier year, NASA unveiled a conceptual design for a supersonic plane that would be much quieter when flying overland.

Other recent developments in flight include plans for a new commercial aircraft that would carry as many passengers as a jumbo jet but produce significantly less emissions, and a hybrid car and plane that can be used both on roads and in the skies.