"The Raimond lamp is an important piece from our collection," explains Wanders in the movie, which was filmed in Moooi's Amsterdam showroom. "It's an icon as well as a best seller."

The spherical structure of the lamp is composed of two layers of polished stainless steel strips – one inside the other – which are connected by a series of LED lights. 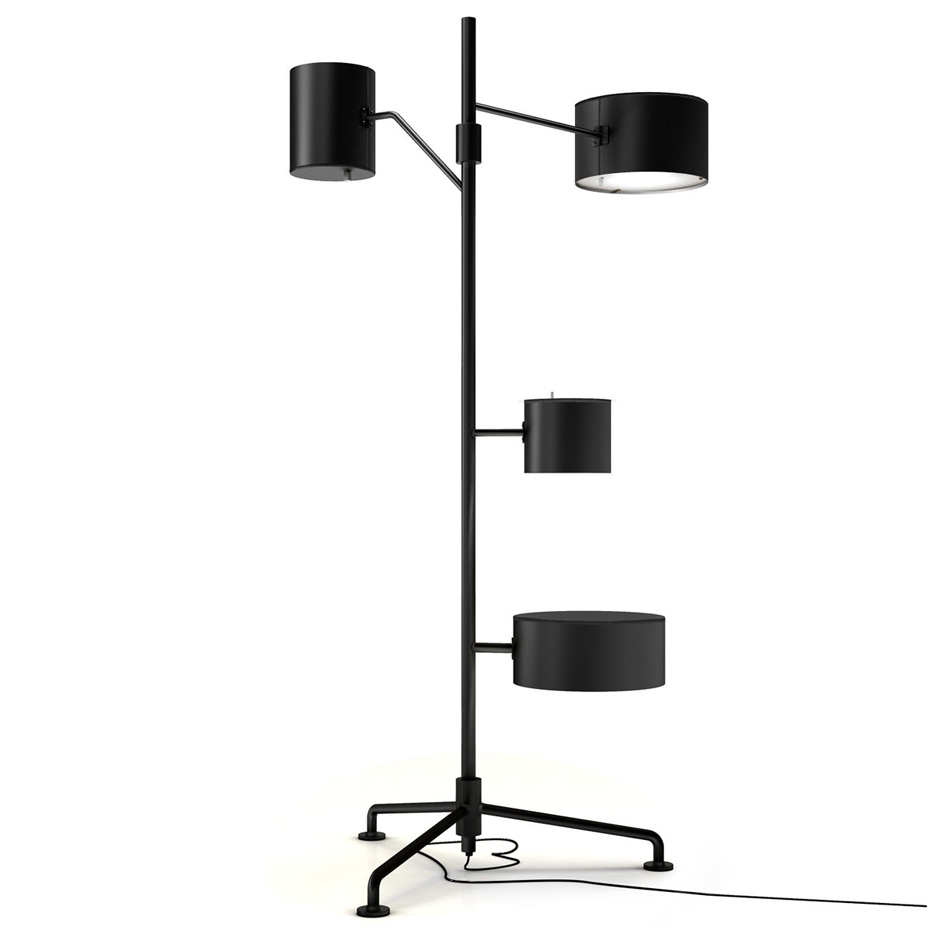 A low voltage current runs through the metal grids, powering the LEDs without any additional wiring.

"The idea is that it has an outer shell and an inner shell made of metal," Wanders explains. "The larger sphere has a positive [current] and the smaller sphere in the middle is the negative. The LED lamps keep the two spheres divided and makes sure they don't touch."

The new floor-standing version of the lamp sits on a base made from wooden poles.

"We have this very thin and airy metal structure and then we have a very beautiful wooden structure under it, which is a beautiful juxtaposition of materials," Wanders says.

Born in the Netherlands in 1937, Puts began his career as an engineer before moving into the world of design. He was entirely self-taught and the Raimond lamp for Moooi is by far his most commercially successful product.

Puts died in 2012, but the floor-standing version of the Raimond lamp is based on one of the late designer's own prototypes.

"It's a special story, since Raimond Puts died a few years ago – way too young," says Wanders.

"We went to his atelier, where we found a wonderful prototype for a standing lamp. We have been working to get that prototype done as well as we could, and now we present it to the world."

This movie was filmed at Moooi's Amsterdam showroom. The music featured is a track called Aglow by US artist RyIm.

The movie is part of our year-long Extra Moooi collaboration, which sees us working with Moooi in Milan, New York, London and Amsterdam to get under the skin of the brand, its products and designers. Read all the stories at dezeen.com/moooi.