Milan 2016: in this exclusive Dezeen movie, London designer Lee Broom explains the concept behind his "blink and you'll miss it" travelling exhibition in the back of a delivery van, which arrived in Milan on Monday (+ movie).

For his Salone del Automobile installation, Broom has recreated part of an Italian palazzo inside his studio's delivery van.

"Last year in Milan I went to lots of exhibitions that were all about the palazzo and everyone was talking about that," Broom explains in the movie. 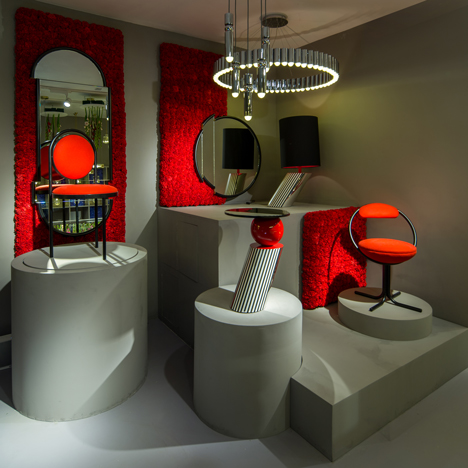 "I thought, why don't I create my own, but I'll create a mini palazzo inside a vehicle."

The van was driven from London over the weekend and arrived in Milan on Monday. It will be moving around the city's key design districts throughout the week.

"It's a very surreal idea," Broom says. "It's almost a kind of art installation. People will come past, take photos and leave. It's almost a blink and you'll miss it moment."

The vehicle looks like a normal delivery van from the outside. But when the back doors are opened the mini palazzo is revealed, complete with corinthian columns and stuccoed details.

The entire interior is painted grey, with an illuminated floor for dramatic effect, which provides a backdrop for Broom's new lighting collection Optical.

The globe-shaped lamps, which are available as floor or pendant versions, feature a pattern of black stripes that are cut into sections to create optical effects. 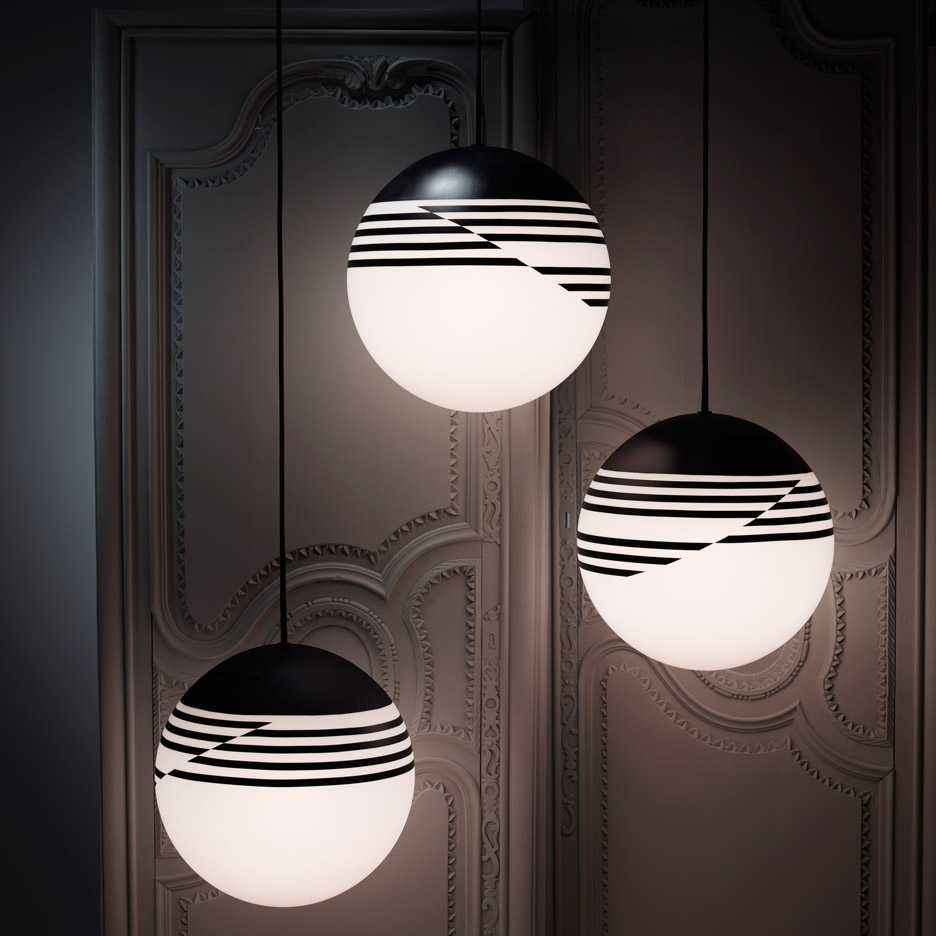 "It is inspired by op art," Broom explains. "When you look at it from all angles, the linear stripes change."

Tonight, Broom will be also parking the van outside Bar Basso for a special block party with Dezeen.

"We're taking our Lee Broom delivery van to Bar Basso, where we're going to be hosting a party with Dezeen," Broom explains. "Bar Basso is such an institution that I think it would be rude not to."

Broom is known for creating ambitious installations to display his designs. During last year's Milan design week, he turned a row of empty shops into a mock department store, while for London Design Week 2015, the designer transformed his Shoreditch showroom into a flower shop.

This year's Milan design week runs from 12 to 17 April 2016. Check out Dezeen's guide to the unmissable installations and exhibitions around the city »

This movie was produced by Dezeen. The interview was shot in London by Dezeen. All footage of the Salone del Automobile installation was shot by Edouard Fousset in London and Milan.

All photography used this this story is by Marcus Tondo.