Milan 2016: students at Design Academy Eindhoven no longer aspire to be famous designers and instead want to work in industry, according to designer Andrea Trimarchi of Formafantasma, who teaches at the school.

This marks a shift from the previous era when young designers at the school aspired to set up their own studios and design under their own names, Trimarchi said.

"We are really seeing a shift," the designer told Dezeen in Milan last week. "They used to want to work by themselves and now they actually want to work for other people."

In the noughties Design Academy Eindhoven, which is regarded as one of the most influential design schools in the world, helped nurture a generation of designers who produced highly crafted objects in small batches.

Many of the school's graduates – including Formafantasma – went on to become famous. Other well-known graduates include Studio Job, Maarten Baas, Hella Jongerius and Tord Boontje.

However the latest generation of students at the Dutch school is less interested in fame and more interested in working in industry, said Trimarchi, who teaches on the Man and Well-Being course, which is headed by Ilse Crawford.

"We don't have any more of those kind of students," said Trimarchi, who formed Formafantasma with fellow academy masters graduate Simone Farresin in 2009. "Ninety per cent of students are working for design studios in places like London or America."

Trimarchi said students were increasingly interested in using their skills to help society rather than to express themselves and said that about half of his students were working on material research projects.

This work is extremely interesting to industry, he said, adding that the academy's links with industry had got stronger recently, with companies including Ikea and Phillips developing projects with the school.

"There is interest from those big companies to work with younger designers," he said. "But they are not looking for authors. They are more looking for people who can think and develop processes."

He gave the example of academy student Tamara Orjola, who has investigated how pine needles - a waste product of the timber industry - could be put to new uses.

Orjola's project, which featured at the Design Academy Eindhoven show at Ventura Lambrate in Milan, showed how pine needles could be turned into a paper, textiles and leather-like materials.

"Pine needles are the biggest trash coming from the [forestry] industry so she started to make material research into this," said Trimarchi. "She wants to apply this to bigger industry, like Ikea."

"They used to make collectables for museums," Widdershoven said of the academy's students, who were now responding to issues such as migration, healthcare and the environment. "Instead they now go out into the world. They see crisis and they respond to it."

The conversation with Trimarchi in Milan was triggered by the observation that big brands like Nike and PepsiCo are increasingly important players at Milan's design week, meaning that the event is no longer primarily about furniture. 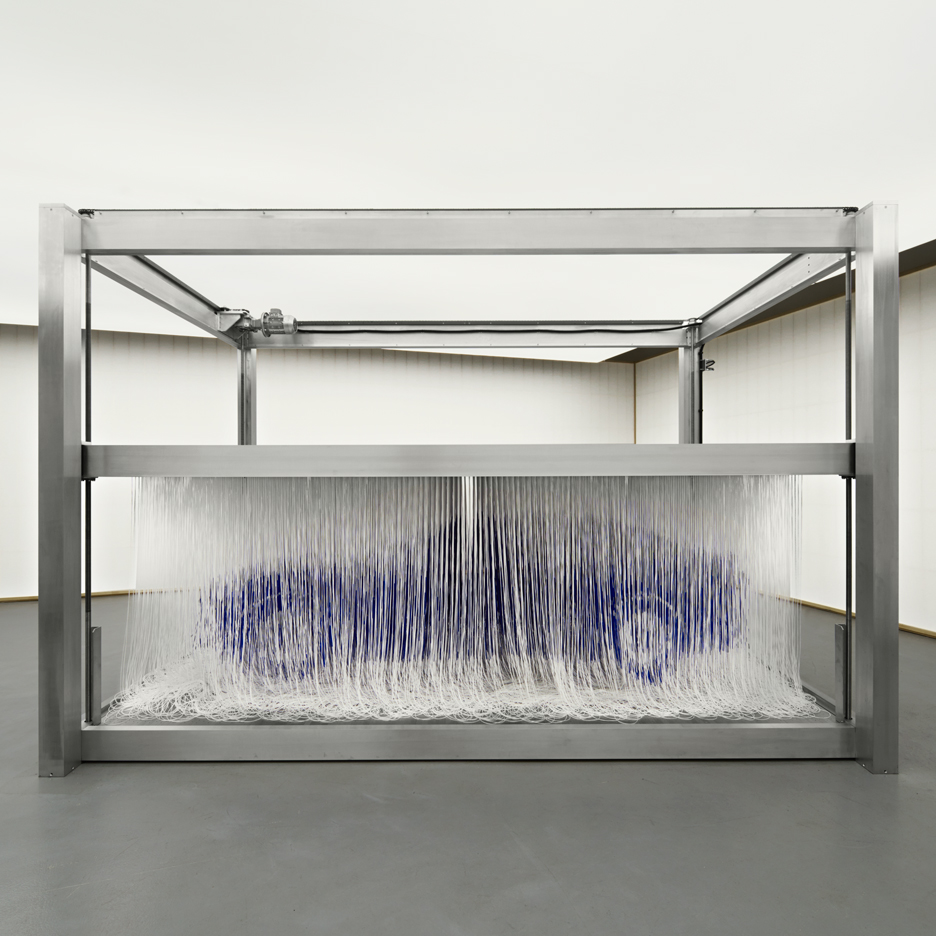 This shift is reflected at the design academy too, Trimarchi said.

"The main focus of design was the furniture industry," he said. "I think now the boundaries are opening up you see the real huge range of collaboration between design in other fields, such as fashion or sport."

Formafantasma's work often explores new uses for unusual materials. Projects include furniture made from lava, objects made of plastic created from beetle shells and accessories covered in fish skin.

In Milan this year they created an installation for car brand Lexus.