Milan 2016: in response to the "overwhelming presence of technology" in today's society, Design Academy Eindhoven students have created an exhibition in Milan featuring objects and installations that are all designed to be touched.

The Touch Base exhibition was curated by London designer Ilse Crawford, and is filled with pieces each aiming to reconnect visitors with tactility.

"Behavioural psychologists argue that touch is more than just an optional sensation, it is a basic human need, and perhaps even the essence of life," said Crawford and co-curator Thomas Widdershoven. "Without touch we are left vulnerable – physically unsure and emotionally insecure."

"Touch Base explores the counter-movement that many of our students are shaping in response to the empowering, but overwhelming presence of technology and digitalism," added Widdershoven, who is also the school's creative director. "It reveals their hunger for a more tactile surrounding in an era where screens, apps, texts, games and email dictate how we live and communicate." 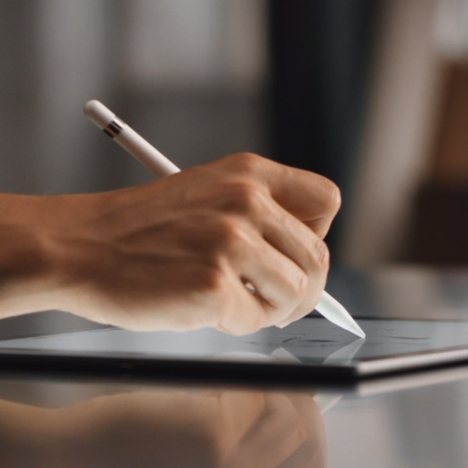 Six everyday objects that have been transformed by technology

On arrival at the exhibition, visitors are met with a small petting zoo designed by secon-d and third-year students and tutors.

The petting zoo, which includes cockerels, goats and sheep, aims to investigate the boundary-shifts between nature and technology and the effects of touch on people and animals.

The main exhibition takes place inside a barn-like space cordoned off by dark curtains. To enter, visitors must walk down a bark path lined with boxes of textured materials.

Inside, a collection of projects by Design Academy Eindhoven graduates include a set of tableware made from milk, an interactive stone and a vagina mirror.

Questioning why women still feel ashamed of their genitals, Degan created a curved hand-held mirror that would encourage them to better-engage with their own body.

Design Academy Eindhoven "needs to get a grip on technology"

Designers are increasingly addressing issues surrounding body image. Debora Dax aimed to highlight the subject by creating underwear adorned with artificial pubic hair and a skirt padded to look like love handles, while Imme van der Haak printed photos of people onto silk shrouds so that the wearer's image is overlaid with someone else's face and body.

Although some of the projects on show in the Design Academy Eindhoven explore tactility in relation to body image, other students focused on linking a general demise in tactile interactions with an increase in our carbon footprints.

A project by Latvian designer Tamara Orjola explores the many uses of waste pine needles leftover from felled trees.

"I started investigating forgotten plants, and what plants used to be, and I found that the pine tree was really interesting as it used to be used for remedies, medicine, and to build homes and furniture," she told Dezeen.

"Nowadays, it's only valuable for the timber," she continued. "It's also the most common tree in Europe, there are around 600 million pine trees felled each year. Wood is used, branches are used, but the needles aren't used at all."

Orjola began experimenting with the needles, and developed a fibre extraction method using steam. She then transformed the extracted fibres into paper, textiles and a composite material for the furniture industry.

Russian designer Ekaterina Semenova also explored the reinterpretation of waste products, and her work displays the effects of different dairy products when used as a glaze on ceramics.

Other projects in the exhibition range from a series of textiles designed to imprint on the skin, to a stool made from baked earth.

Widdershoven told Dezeen that the school has undergone a "paradigm shift" with students now more interested in responding to real-world problems than making beautiful objects for collectors.

Other recent projects by the school's graduates include a sex toy with a bright pink torso that can be mounted like a vaulting horse, a communal meeting space to help break down barriers between refugees and local communities in Holland, and a virtual reality shopping centre that allows users to commission bespoke objects.

Touch Base is on show during Milan design week from 12 to 17 April at Laundry House, Via Cletto Arrighi 10.

Other exhibitions taking place during the city-wide event include Nike's Nature of Motion installations by ten international designers, and The Shit Evolution showcase of products made from recycled poo. Check out Dezeen's guide to 10 unmissable exhibitions and installations at Milan design week 2016 »