Architecture studio S Plus One has built a pair of matching micro homes in a Japanese village, one clad in cedar and the other clad with pine.

S Plus One principal Yumiko Sakano was commissioned by the local government of Tabayama, a mountain village two-hours drive west of Tokyo, to create the pair of starter homes.

The aim is to encourage more people to move to the village, which has a population of less than 600.

The two gabled houses are identical in almost every way, but Sakano chose to clad them in different materials to give them their own identities.

One features a facade of Japanese cedar shingles, while the other is fronted by pine lengths, arranged vertically. Because of this, they are named Cedar House and Pine House.

These materials continue inside, where walls and ceilings are lined with either cedar or pine plywood.

"These houses are in Yamanashi county, among the cedar and pine trees, so we used these as the materials of the buildings," Sakano told Dezeen.

"There are so many Japanese cedar, pine and white cedar trees in this village," she added. "We used these materials for the facade and the interior decoration of the buildings."

The idea, according to Sakano, is for the houses to be replicated in other villages, and for the materials to change to suit whatever woods are readily available there. 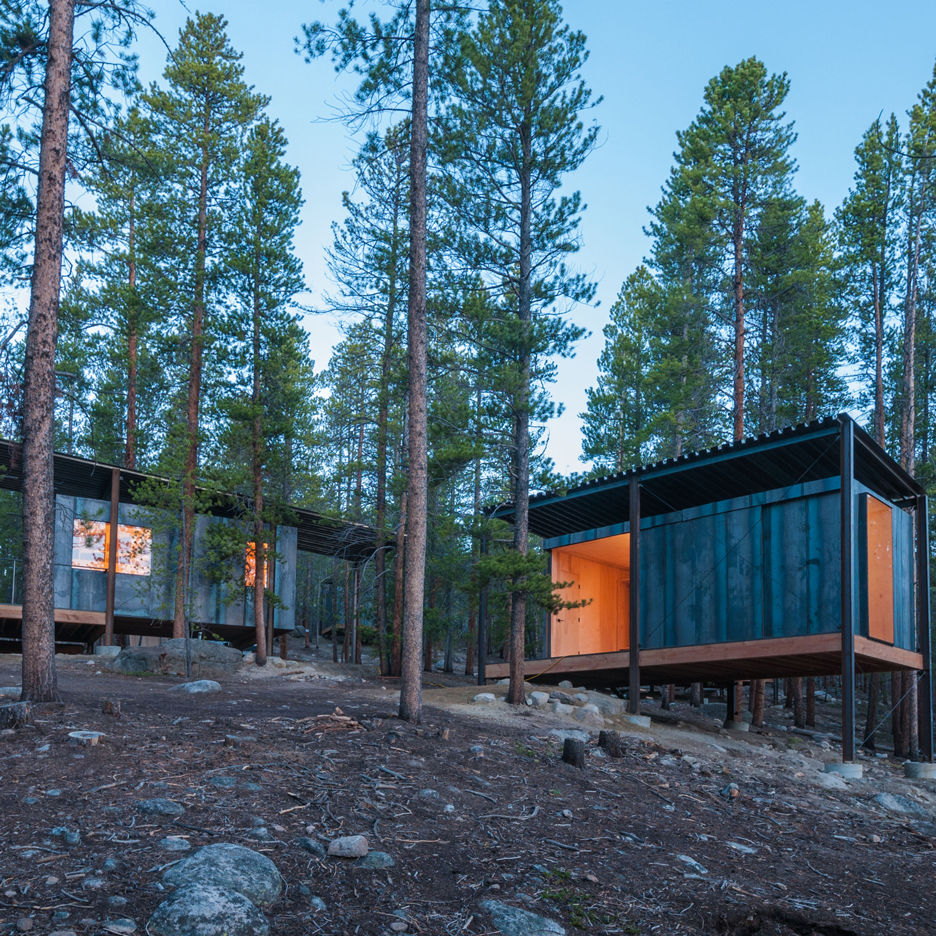 "We can also design white cedar house, oak house and so on," she said.

The twin buildings each have an area of just 25 square metres.

Inside, they have a simple open-plan layout. A subtle change in floor level differentiates between the living space, and the kitchen and dining room.

A toilet and shower room is located at the rear, while a loft overhead provides a sleeping deck, which can be accessed using a ladder.

"The form of the building is very simple," added the architect.

Both buildings are slightly raised off the ground on concrete plinths. Walls at the side and rear are clad with corrugated steel sheets, which have an aluminium and zinc-alloy coating to help them last longer.

Large windows puncture the front and side walls, bringing in plenty of light.

Micro homes are popular in Japan, with other recent examples including a tiny seaside home in Kanagawa and a house contained in a three metre cube.

Photography is by Naoki Kobayashi.