Milan 2016: New York lighting designer Lindsey Adelman explains how she used motors to create a vibrating chandelier for Nike in this movie filmed by Dezeen at the sports brand's The Nature of Motion exhibition.

Nike's The Nature of Motion exhibition presented installations by an array of international designers exploring the concept of movement.

Adelman created two pieces for the show – a single bulb suspended on a long strand as well as a more elaborate chandelier based on the branching structure of trees.

"When I started thinking about natural motion as a design brief I knew I wanted the particular type of movement to be subtle," Adelman explains in the movie, which Dezeen filmed in Milan for Nike. 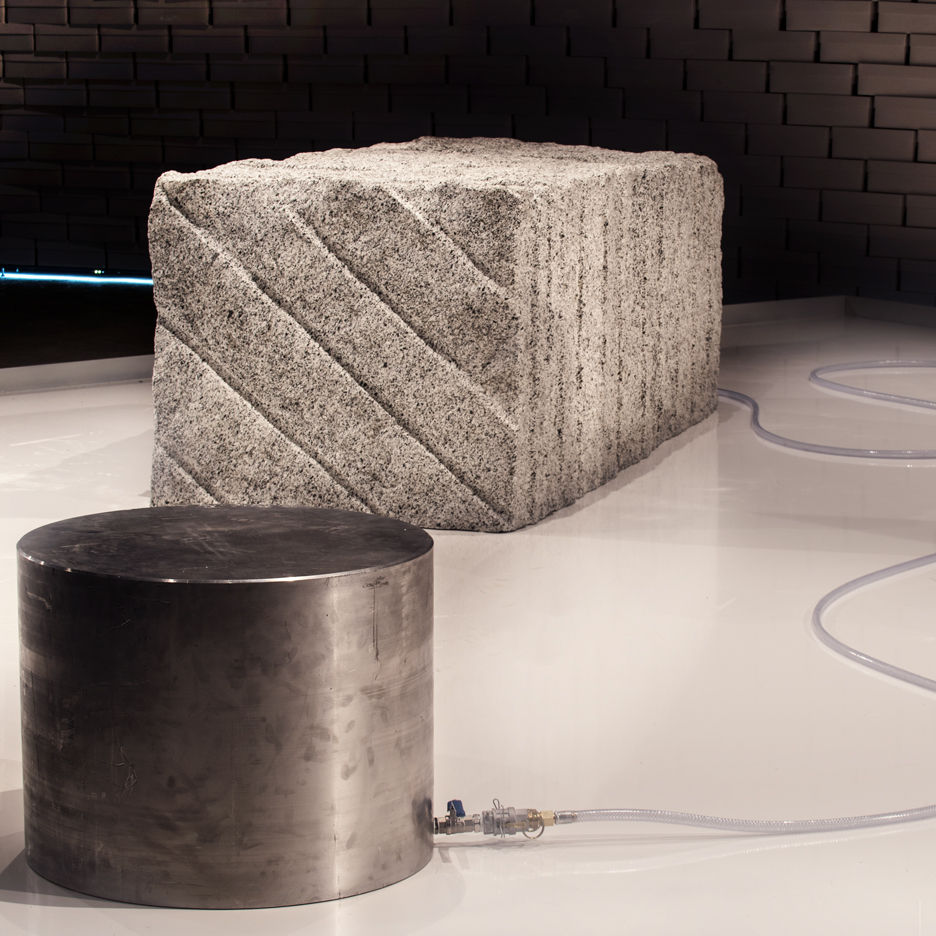 Nike installations in Milan focus on different types of motion

"I was thinking about movement that we are not noticing, and really focused in on plant life."

"The pieces really resemble trees with these chains maybe like Spanish moss hanging off," Adelman says.

For the first time in her work, Adelman incorporated motors into the installation, housed in metal spheres at the top of each structure.

"I had never done this before, but I incorporated motors, which creates this ripple effect down each of the fixtures," she explains. "I wanted this effect to be like a quiver or a vibration and so we programmed it so they go off at random times."

The installation explores "a kind of motion that is very different from human motion or animal motion," Adelman explains.

"Vibration is so much of how the natural world communicates," she says. "It has more to do with evolution and new forms coming into being. So making this connection between natural motion and where we are all headed as a universe."

This movie was filmed by Dezeen in Milan for Nike. It is the second in a series of movies looking at the work presented in The Nature of Motion exhibition, which we are publishing over the coming weeks.

In the previous movie in the series, Nike's vice president of global design John Hoke explains why putting on an exhibition during Milan Design Week is important for the sportswear giant.