Studio MDA and Studio Christian Wassmann have collaborated to create the first US outpost for Lisson Gallery, which has a roster of contemporary artists that includes Ai Weiwei and Marina Abramović (+ slideshow).

Studio MDA and Studio Christian Wassmann, both based in New York, collaborated on the design.

The gallery building stretches between 23rd and 24th Street. The entrance facade, on 24th Street, features white, cast-in-place concrete with a textured look that resembles plywood.

"We used marine-grade plywood as a forming material, which gave us the finish you see," explained Markus Dochantschi, founder of Studio MDA. "We used fibreglass ties, to make any tie holes invisible to achieve the monolithic wall."

Tall glass doors lead into the gallery, where metal columns that support the elevated park – a former industrial rail line – were incorporated into the design.

"The space has been constructed around the foundational elements of the High Line and the existing park structure," the team said. 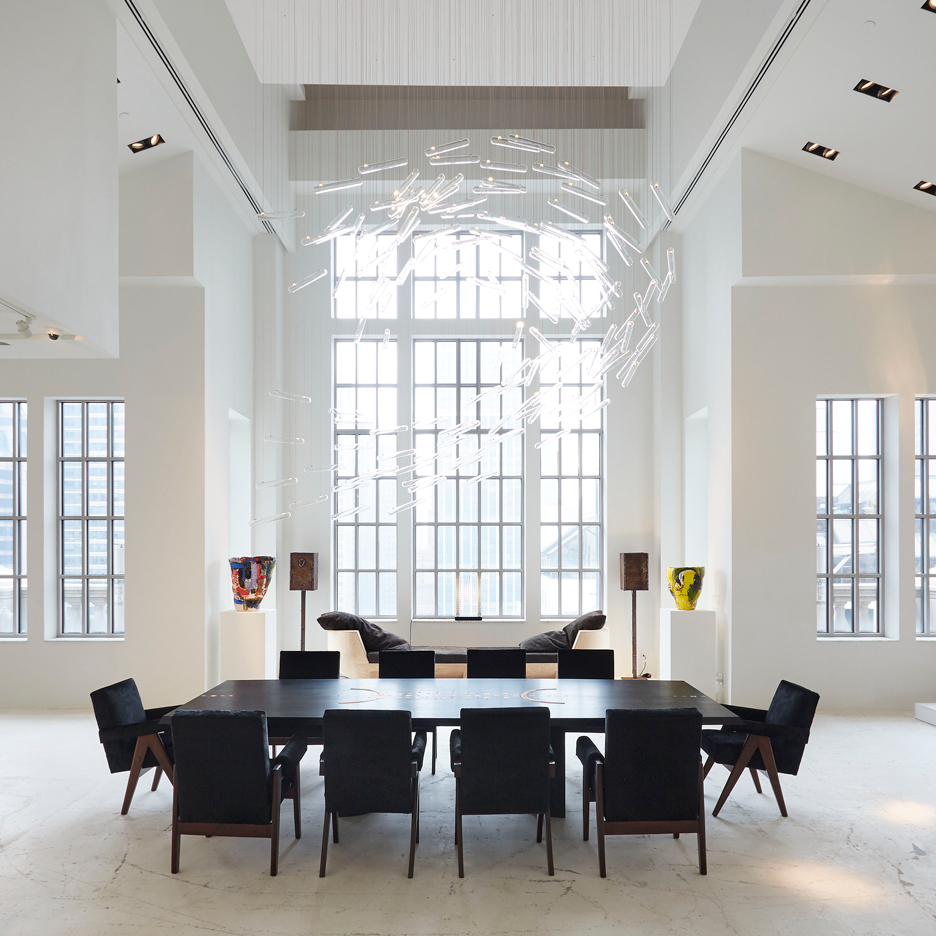 The pared-down interior is intended to mimic the industrial character of Lisson's two London outposts. "The architecture is consistent with the aesthetic of the London galleries, with polished concrete floors and an abundance of natural light," the team said.

The gallery's inaugural exhibition – on view from 3 May to 18 June 2016 – features recent work by the Cuban painter Carmen Herrera.

Lisson Gallery New York marks the fourth location for the pioneering gallery, which opened its first venue in London's Lisson Grove district in 1967.

The gallery, which was started by art dealers Nicholas Logsdail and Fiona Hildyard, was an early champion of Minimalism and Conceptualism, and is credited for introducing many influential artists to the UK and Europe. In addition to New York, the company has two outposts in London and one in Milan.

The New York gallery is led by Nicholas Logsdail's son, Alex, with curatorial support from Greg Hilty in London.

"Lisson Gallery New York will present a comprehensive exhibition program drawing from the 51 artists and estates the gallery currently represents," the gallery said. "The aim is to develop the international profile of its artists, exhibiting those who have not shown in New York recently or at all."

Other recent projects to house and display art include a new gallery building by Herzog & de Meuron at the Vitra Design Museum in Germany and Manhattan's Tina Kim Gallery by SO-IL, which features corbeled brickwork on the exterior.