Architecture studio Furuichi and Associates has completed a museum dedicated to Japan's Jōmon period, featuring a multi-faceted roofscape designed to evoke the inside of a cave (+ slideshow).

Located in Fukushima Prefecture, the Miyahata Jōmon Museum is built over the ruins of a structure from the prehistoric era, which roughly covers the period between 12,000 and 3,000 BC.

People are believed to have lived a hunter-gatherer lifestyle during this time. According to Furuichi and Associates, these people originally lived in caves, but later built their own structures.

It is these structures that inspired the sculptural design of the museum's roof – an upside-down landscape of jagged timber volumes, which create an arch over the building's entrance hall. 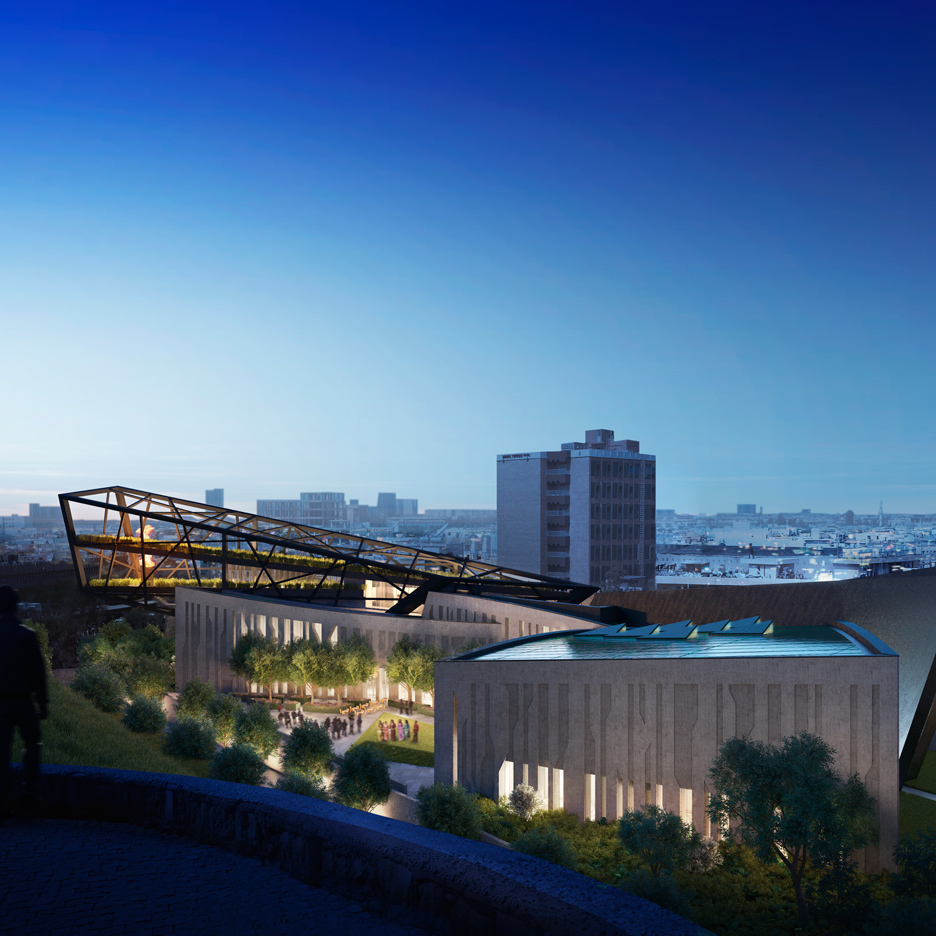 "The Jōmon people came out of caves and made villages of circular-plan houses, still keeping and following the image of caves," explained the studio, which is led by architect Tetsuo Furuichi.

"To the entrance hall, a covered wooden roof using the imagery of caves was proposed and designed," said the team. "The structure combines wood panels and wooden beams."

A number of significant finds from the period have been made over the last 20 years, including the ruined structure on which the building sits. A glass floor allows visitors to view these remains at close range.

"To accommodate the research, investigation, exhibition and educational needs of these studies, a museum became necessary," added Furuichi's team.

The rest of the structure is built from concrete, which has been left exposed both inside and out. Dark tiles cover the floors, while pale wood was used for doors and balustrades, matching the ceiling overhead.

The building is two storeys in height, although most of the interior is located on the ground floor, including exhibition galleries, lecture rooms, meeting areas and research facilities.

On the first-floor mezzanine, a raised walkway offers a view down to the ruins, and also leads out to a balcony offering expansive views of the surrounding rural landscape.

Tetsuo Furuichi established his studio in 1988, and has studios in Tokyo and Fukushima. He was part of the throng of Japanese architects that campaigned against the late Zaha Hadid's design for the Tokyo Olympic Stadium.