The new products from Gabriel Hendifar and Jeremy Anderson's studio include the Circuit lamp, which features in Dezeen's roundup of the best lighting from ICFF 2016.

The design comprises LED tubes nestled into brass dishes, arranged in pairs that are alternately positioned perpendicularly to one another.

A variety of configurations are available for the pendants, with the shades laid out in either a horizontal line or a vertical stack. 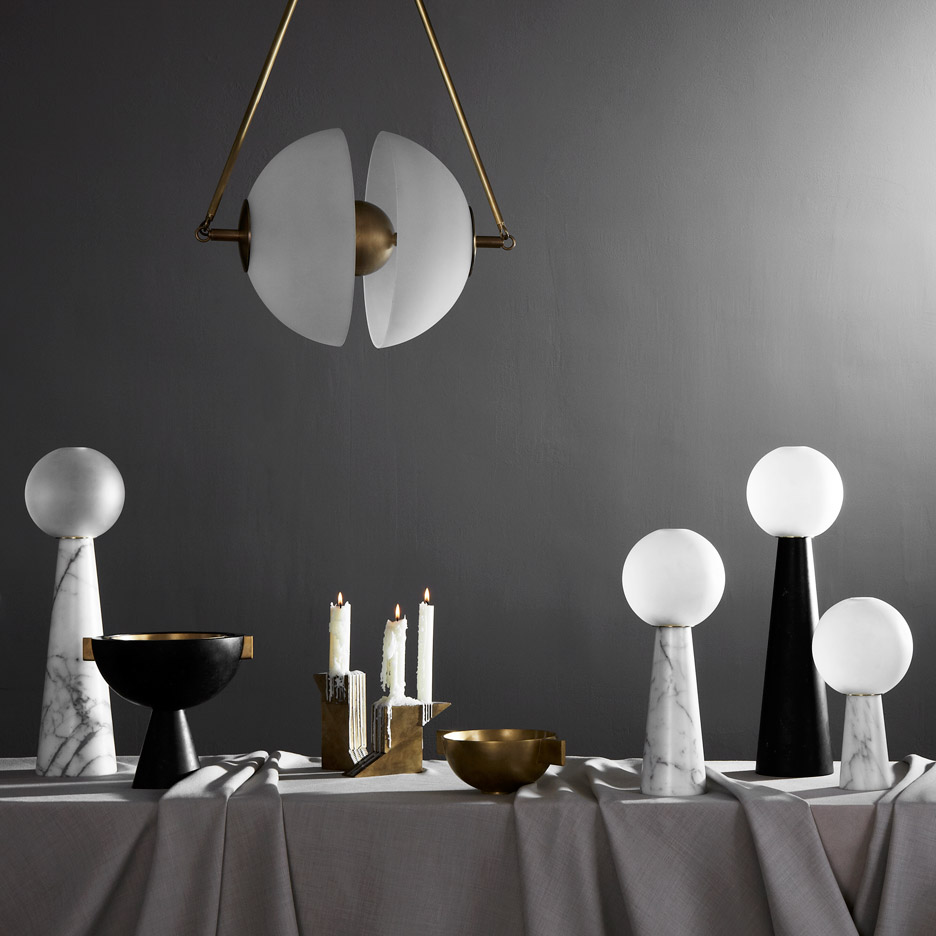 References for the design include the work of Minimalist US artist Dan Flavin, who frequently used illuminated tubes in his pieces.

"The Circuit series feels very much from the future, with repeating units presented in a matter of fact way that draws on the work of Dan Flavin," said Apparatus' creative director Hendifar.

Also new for 2016 is are the Tassel lamps, which feature groups of blown-glass cylinders suspended in domed spun-brass shades.

"I wanted to capture the feeling of wonderment I remember feeling as a child when looking at the traditional crystal chandeliers that were hung in our home," Hendifar said. "So much of our process as a studio has been about opposing that purely decorative impulse, I thought it would be interesting to embrace that impulse through a modern lens." 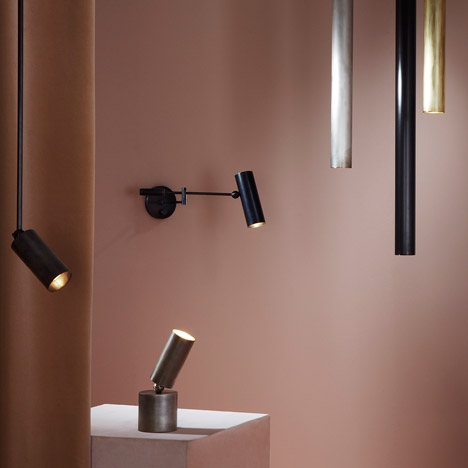 Apparatus has expanded its Portal series of tables to include marble versions in black and white. The dining version has a circular top supported by a tapered base, while the coffee table is formed from a right-angled section that rests on top of a cylindrical block.

"It was always our intention that the Portal tables be produced in marble," said Hendifar. "Our first explorations in ash have a lightness and warmth, almost like loose maquettes used to refine form and proportion."

A solid stone base supports a three-pronged brass stem to form the coat rack, while the accompanying black marble element is hollow to hold umbrellas.

Apparatus showed the collection in various locations during this year's NYCxDesign festival, which runs citywide from 3 to 17 May 2016. It was presented at the Collective Design fair from 4 to 8 May, the International Contemporary Furniture Fair from 14 to 17 May, and in the studio's showroom at 124 West 30th Street for the duration of the event.