David Chipperfield Architects has made additional revisions to its plans for the Nobel Center in Stockholm, which were presented to the city earlier today (+ slideshow).

Changes to the cultural centre, which will provide a permanent home for the prestigious Nobel Prize for the first time, include subtle modifications to the building's shape and more significant alterations to its internal layout.

The design proposed for the Swedish capital's Blasieholmen waterfront features upper levels clad in brass louvres, and a ground floor surrounded by glass that will open out to a new city park.

"The facade of thin vertical bronze fins placed in varied densities envelopes the building," said the studio. "A less dense rhythm on the upper floors allows visitors to enjoy expansive views over the city." 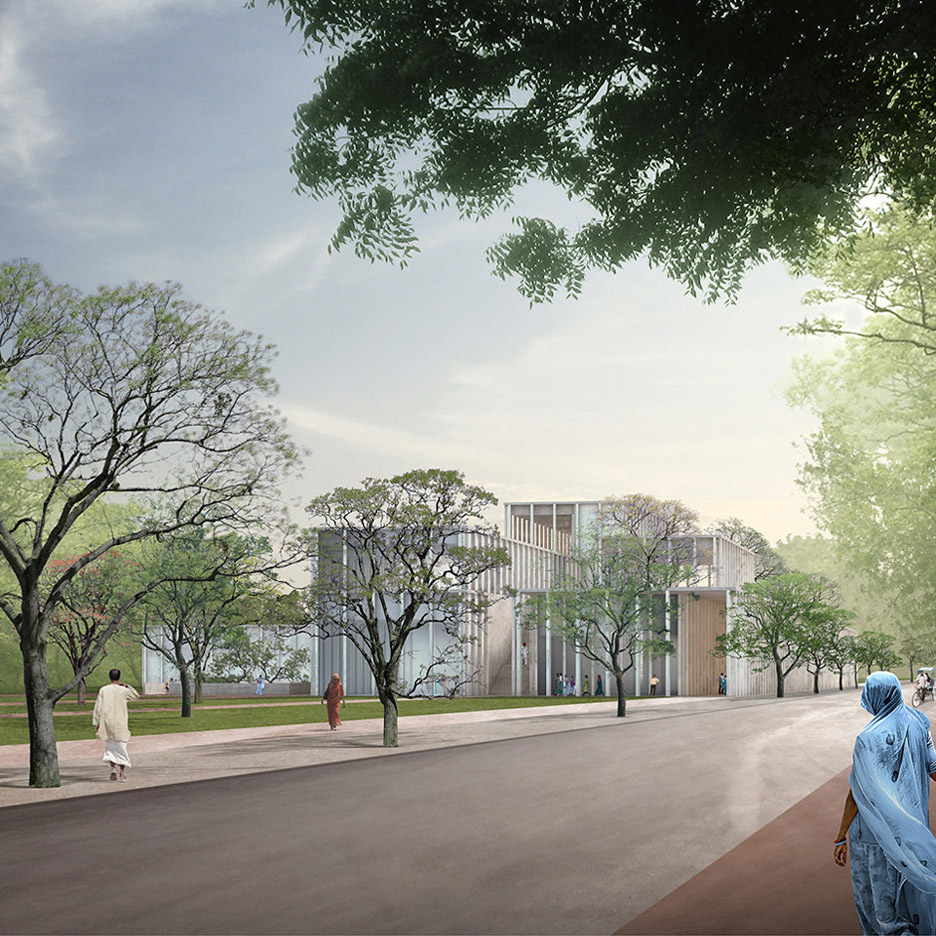 Chipperfield has amended the exterior to accentuate the building's triple-stack form, which divides it into base, middle and top.

Inside, the auditorium is now imagined as a forum-like space with seating rows that face each other across a stage. Another revision means it will also connect with the floors below and above.

The main restaurant and bar have been also relocated to the top floor, allowing for better views.

The Nobel Center will act as an exhibition centre and events venue for the award that recognises advances in science and culture. Construction is scheduled to begin in 2017.

Chipperfield's Berlin office was chosen for the project in April 2014, ahead of Swedish studios Wingårdh and Johan Celsing Arkitektkontor.

He already scaled backed the proposal in September 2015, "significantly reducing" its size in response to concerns from the public.

Reports earlier in the year had suggested that his design would be scrapped over the issues, leading the British architect to accuse newspapers and trade publications of presenting minor issues with buildings as major setbacks.

Chipperfield's other ongoing projects include plans to convert the US Embassy in London into a hotel, and a museum under construction next to India's Taj Mahal.

Renderings and drawings are courtesy of David Chipperfield Architects.