This set of images by photographer Iwan Baan provides a first look inside Herzog & de Meuron's extension to the Tate Modern art gallery, set to open next month in London (+ slideshow).

The ten-storey tower is situated at the southeast corner of the former Bankside Power Station, which Swiss studio Herzog & de Meuron converted into the original gallery space for Tate Modern in 2000.

Instagram users have been sharing pictures of the 64.5-metre-high tower since scaffolding was removed several weeks ago to reveal its faceted brick-clad exterior.

The extension has been named the Switch House, as its galleries are built around part of the former electrical substation that still occupies the site. It will contain additional galleries for displaying the collection and presenting performance and installation art, alongside new social spaces. 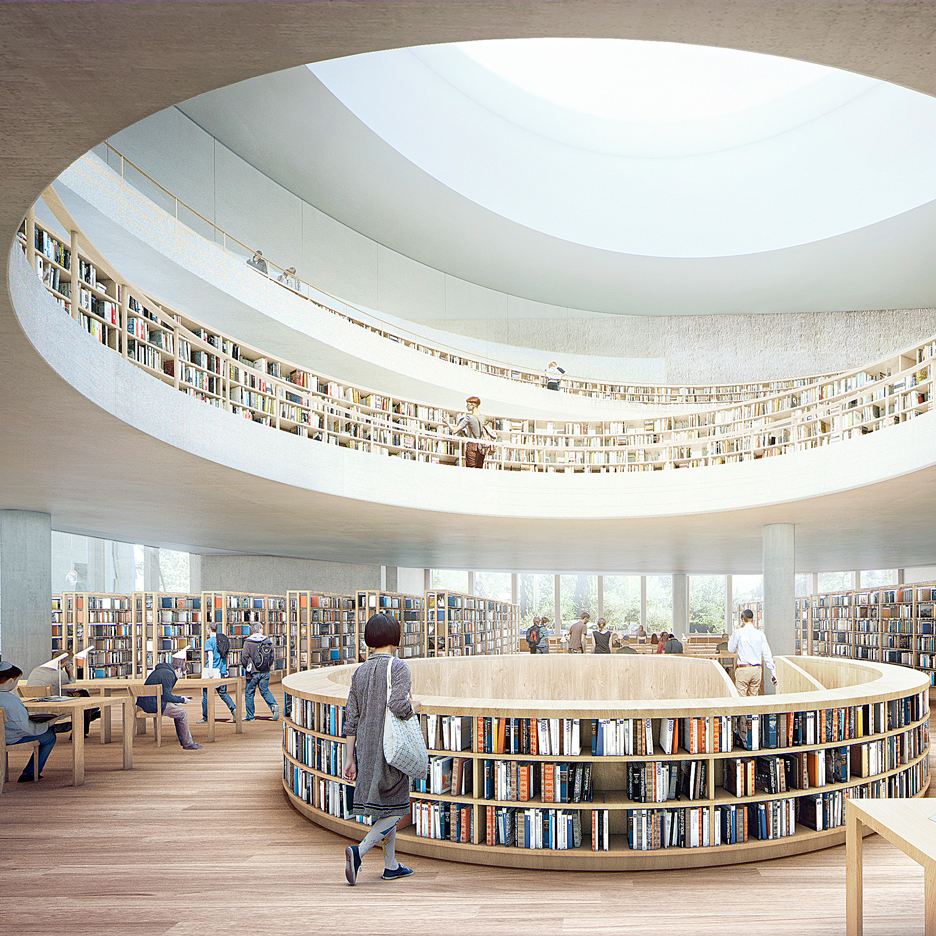 The new images include a detail of the perforated brick surfaces, which give the angular structure a homogenous aesthetic intended to reference the brickwork of Giles Gilbert Scott's original power station.

Speaking about the project in 2011, the architects said, "We wanted the combined elements of Tate Modern, old and new, to be expressed as a whole, to have them come together and function as a single organism."

"Using the same base palette of bricks and brickwork in a radical new way, we created a perforated brick screen through which light filters in the day and through which the building will glow at night."

Also depicted in the images is a viewing gallery at the top of the pyramidal structure, which looks out over the Turbine Hall gallery's roof, the River Thames and the adjacent Neo Bankside apartments by Rogers Stirk Harbour + Partners.

The structure sits on top of three underground concrete oil tanks, which Herzog & de Meuron converted in 2012 into spaces for displaying installations and performances including dance, music, spoken word and film.

The original Tate Modern gallery was one of the earliest major commissions for Jacques Herzog and Pierre de Meuron's studio, which has since completed many museums and galleries around the world, including the Perez Museum in Miami, the Parrish Museum in New York state and the restoration of a 19th-century room at the Park Avenue Armory building in New York City.