Called the Veterans Room, the refurbished space will host small-scale events, including recitals and lectures. 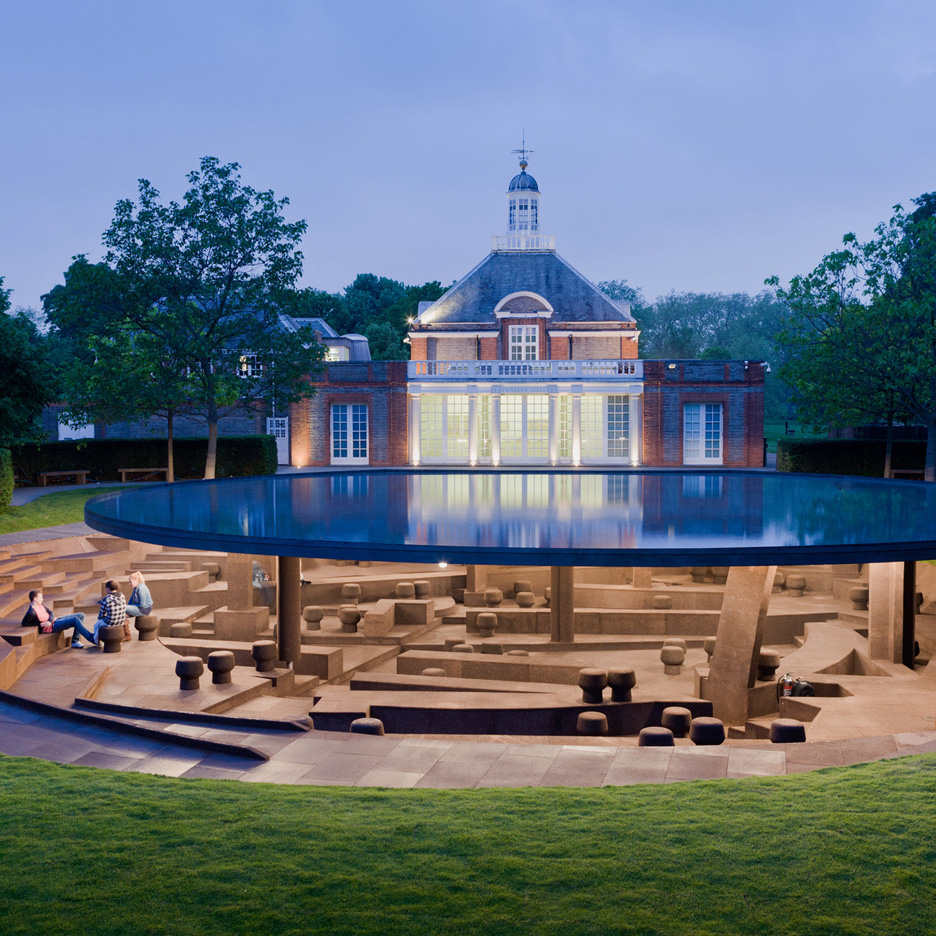 It opens to the public this week and marks the latest in a series of restorations at the Armory building overseen by Herzog & de Meuron, which is better known for big, contemporary projects like the "bird's nest" National Stadium in Beijing.

Among the additions introduced by Herzog & de Meuron to complement the restoration are new wallpaper, light fittings and seating.

Described as a "monument of late 19th-century decorative arts," the Veterans Room is one of the few surviving interior spaces in the world created by Louis C Tiffany and Co and Associated Artists.

This prestigious 19th-century cooperative was founded by Tiffany – who became internationally famous for his stained glass work – and other influential designers, including Candace Wheeler, one of America's first female interior and textile designers.

Other projects that were executed by the group include the Mark Twain House and five rooms within the White House.

"The Veterans Room is among the most significant surviving interiors of the American Aesthetic Movement – an opulent room resulting from the collaborative work of artists and artisans led by a young, visionary Louis Comfort Tiffany," said Rebecca Robertson, the Armory's president and executive producer.

"The revitalisation of the Veterans Room will amplify the grandeur of the initial vision for the space and sustain the forward-thinking approach that the original artists put forth in 1880."

Occupying an entire city block in the Upper East Side neighbourhood, the castle-like, five-storey brick building was designed by the American architect Charles Clinton and was dedicated in 1880.

By 2006, when the conservancy gained control of the landmarked building, the interiors had fallen into a state of decay. The World Monuments Fund included the building on its 2000 list of the 100 Most Endangered Sites in the World.

The Veterans Room – originally designed by Tiffany, Wheeler, architect Stanford White and painter and interior designer Samuel Colman – had undergone several low-quality alterations and restorations since the mid-20th century, although it still had its original wood, metalwork and gas-light fixtures.

"The objective of the design team was to unite the historic with the contemporary while subtly interweaving additional technical amenities that ensure the room's active use as a leading-edge cultural salon into the next century," said the conservancy.

One of the most notable additions by Herzog & de Meuron is new wallpaper, which was created based on the room's original wallpaper designed by Tiffany, Coleman and Wheeler.

The firm also also upgraded the lighting in the space, "recreating and augmenting the radiance that was originally intended for the room". The original chandeliers, which were gas-lit, were fitted with recessed LED lighting and glass lenses.

Original built-in benches were reupholstered with new leather, and the team added new furniture, such as leather benches and ottomans that were designed by Herzog & de Meuron.

The team removed wall coverings, paint, varnish and an over-floor that had been added over the years, and repaired and replaced damaged elements in the room. It also cleaned artwork, including decorative glass by Tiffany.

Technical improvements include soundproofing and a system to better regulate the room's temperature.

"What makes the Veterans Room different from all other period rooms of the Armory is its level of inventiveness and playfulness," said Ascan Mergenthaler, a senior partner at Herzog & de Meuron.

"It is a collage of diverse influences and inspirations, reflecting the collaborative efforts of an outstanding team of designers."

The same team renovated two historic rooms in 2011, and more than a dozen rooms still await refurbishment. The total project is expected to cost $210 million (£147 million).

"Even more so than in other rooms at the Armory, Herzog & de Meuron's approach to the Veterans Room is to amplify the beauty of the room's original vision through adding contemporary reconstructions of lost historic material and subtle additions to infuse a modern energy in a harmonious, holistic design," said the conservancy.

Other recent projects by Herzog & de Meuron include a new school of government and public policy at the University of Oxford in England and a subterranean gallery for the Musée Unterlinden in Colmar, France.

During a recent interview with Dezeen, firm co-founder Jacques Herzog said he advocates a humanitarian approach to architecture. "If architecture was just about form and pleasure it would be absurd," he said.

Photography is by James Ewing.