In response to the increasing numbers of tourists visiting the city, the architects were tasked with converting the Santa Teresa building into the largest possible number of rental apartments.

"The main concern was to keep the building with the characteristics that defined it: typology, space character and organisation, building system, material finishes and especially the romanticism of the 19th century," Ferreira told Dezeen.

The architects maintained the original character of the structure wherever possible by preserving existing walls, floors, ceilings, doors and windows. 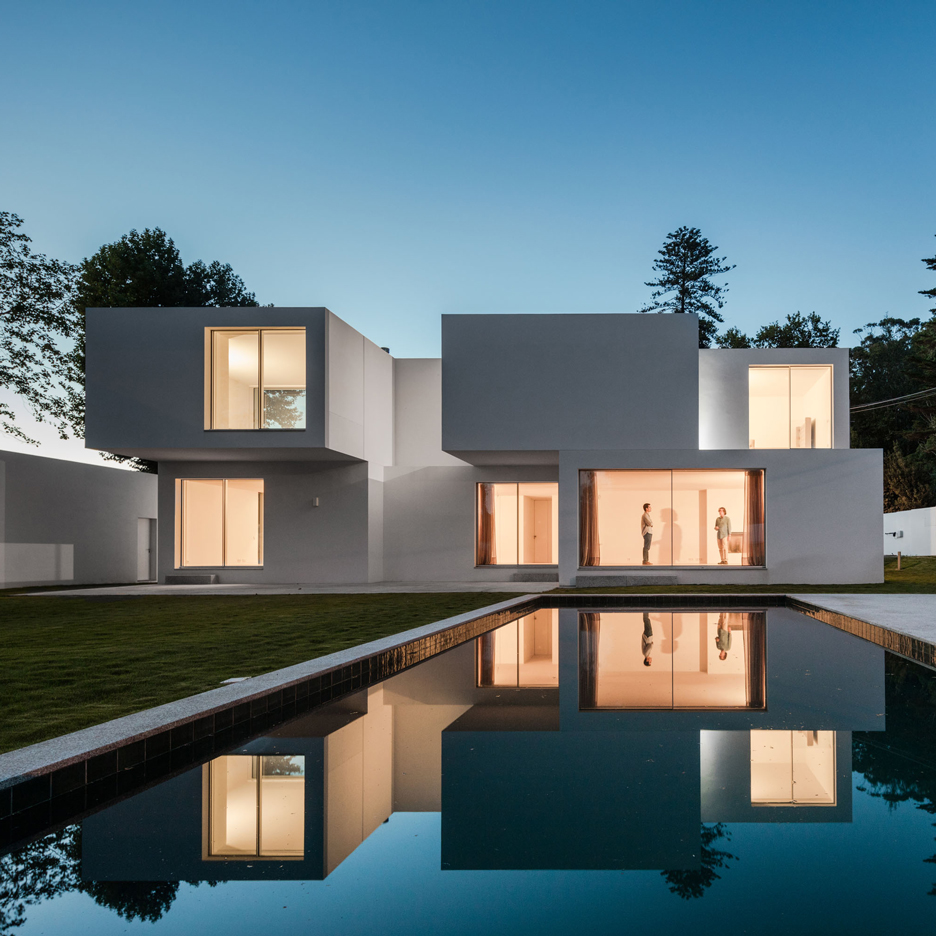 Within the existing envelope, freestanding white boxes were added to accommodate necessary functions including kitchens, bathrooms and storage.

"We chose to introduce the new programme in simple white geometric volumes in order to define the difference between the old and new," Ferreira said.

"To enhance the beauty and the poetry of the old house, the new elements are abstract and shapeless, pure white boxes."

The building is situated on Rue de Santa Teresa in the heart of the city's downtown area, and its renovation is part of a wider project of regeneration aimed at reviving the district after several decades of hardship.

The building had been neglected and was in a state of near ruin at the commencement of the project. Its elongated rectangular plan with a staircase near the middle informed the arrangement of the nine apartments, which are spread across the four main floors and an attic level.

A single apartment occupies the area on the ground floor, while the attic accommodates two units with mezzanine floors.

Throughout the different apartments, the natural light provided by the existing windows has been maintained and accentuated by a muted colour palette and pine wood flooring.

The attic rooms' mezzanines rest on top of bathroom and kitchen units. Stairs with integrated storage below them ascend to sleeping platforms squeezed beneath the rafters.

Porto has many traditional properties that represent good opportunities for modern conversions. Eduardo Souto de Moura recently transformed another townhouse into a guesthouse arranged around a pair of courtyards, while ATKA Arquitectos wrapped an extension to an 85-year-old house in cork to protect it from the noise of a nearby school playground.