Venice Architecture Biennale 2016: Nigerian architect Kunlé Adeyemi has been awarded the Silver Lion for bringing his floating school to the Venice Biennale, as part of his ongoing research into building for flood-prone regions (+ slideshow).

Adeyemi and his studio NLÉ developed an "improved, prefabricated and industrialised iteration" of the Makoko Floating School in Lagos, Nigeria, adapting its engineering to suit the Venetian climate conditions.

The Amsterdam- and Lagos-based studio originally created Makoko Floating School as a building prototype for coastal regions of Africa that have little permanent infrastructure because of unpredictable flooding.

Like the original, MFS II is a pointed three-storey floating structure. It spans 220 square metres, over three floors that decrease in scale towards the building's apex.

"Just as our first prototype sourced local intelligence from the Makoko waterfront community, MFS II is an improved iteration designed to suit Venetian conditions and a wider waterfront population," said the studio. 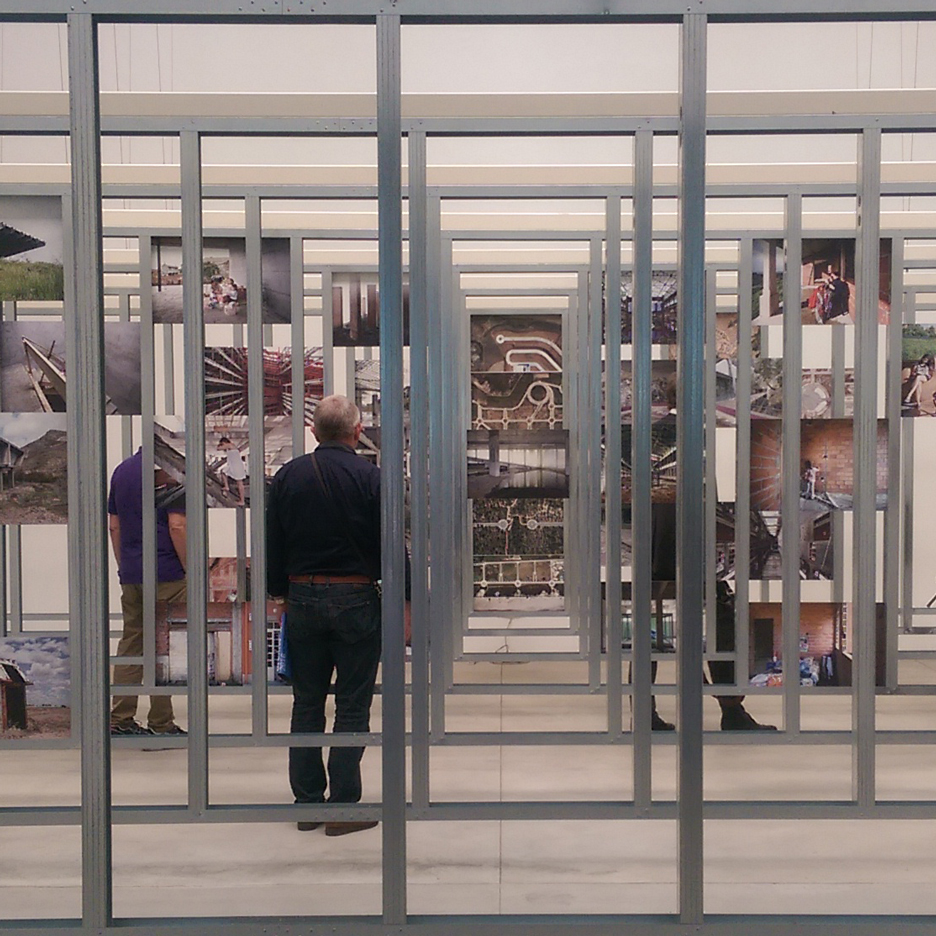 "Adapted for easy prefabrication and rapid assembly, it is more robustly engineered and affords a wide range of uses. It is mobile, deployable, and ready to be reassembled at its next waterfront."

MFS II was assembled for the Biennale by four builders in just 10 days – using one tonne of metal and 13.5 tonnes of wood for the structural framework, and 256 plastic barrels as a floatation device.

It forms the venue for an exhibition titled Waterfront Atlas, which looks at developing coastal communities.

Adeyemi was awarded the Silver Lion for the project, and described by the jury as a "promising young participant".

The jury praised the project as "a powerful demonstration, be it in Lagos or in Venice, that architecture, at once iconic and pragmatic, can amplify the importance of education".

The Makoko Floating School – shortlisted for the 2016 Aga Khan Award for Architecture – and MFS II are part of the studio's wider African Water Cities research project, which is investigating how aquatic architecture could provide infrastructure for Africa's coastal communities.

The studio is also currently developing an amphibious radio station named Chicoco Radio Media Center to provide a platform for the Port Harcourt waterfront community in Nigeria, amidst government plans to demolish its settlements.

Waterfront Atlas is located at the Arsenale as part of the Venice Architecture Biennale 2016, which is curated by Chilean architect Alejandro Aravena and runs until 27 November 2016.

Aravena's theme, Reporting From The Front, is a bid to encourage architects to address some of the most important global issues.

Kunlé Adeyemi is also working on an architectural folly to accompany this year's Bjarke Ingels-designed Serpentine Gallery Pavilion in London's Kensington Gardens, which will be unveiled next week.

Photography is by Luke Hayes, unless stated otherwise.