The trio describe the show as a "moment of total passion and youthful enthusiasm to expose our own insecurities" about the difficulties in finding work in architecture's present job market.

The hull-like interior, which recalls the Biblical tale of Noah's ark, is constructed from plywood and oriented strand board, and coated in a layer of ultramarine blue resin. 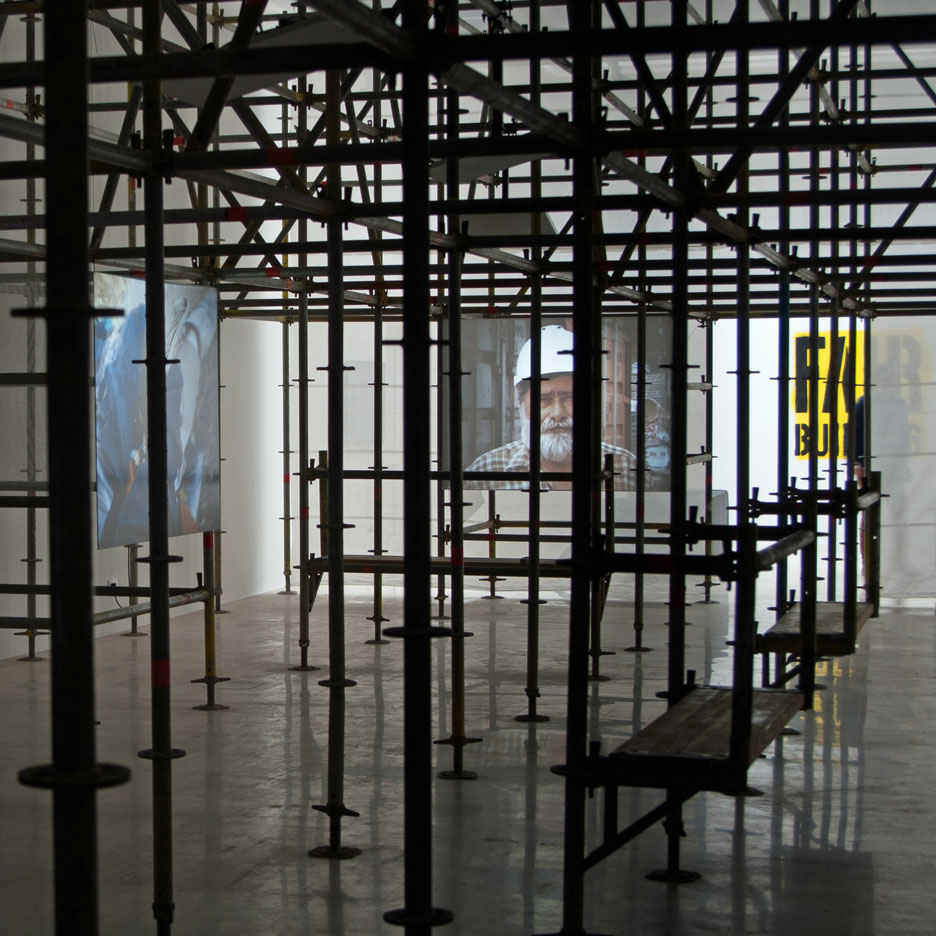 A soundtrack of clattering keyboards fills the space, while 28 plug sockets are installed along the curved edges of the installation – both intended to pay tribute to the hard work of architects across the country.

"Project Heroic: Free Shipping puts the architectural profession into focus, by reporting from its own ranks regarding the problematic contemporary social position of architecture and noting the necessity of finding new possibilities for action," they said.

"A joint sailing route is presented as a possible exit from the front of the omnipresent feeling of systemic constriction and anxiety."

Thousands of job applications and letters speculatively seeking employment are stacked in the entrance to the pavilion.

They highlight the seemingly endless professional training and internships that architects undertake to succeed in permanent employment.

"Our project reflects on the problematic position of young architects in professional circles," added Vasic, Sulkic and Sjeverac.

"It sheds light on the severity of the system they are facing and puts forward deviation as the only space for further actualisation in a climate of hyper-connectivity and relentless competition, thereby resisting the absolutist character of post-industrial capitalism." 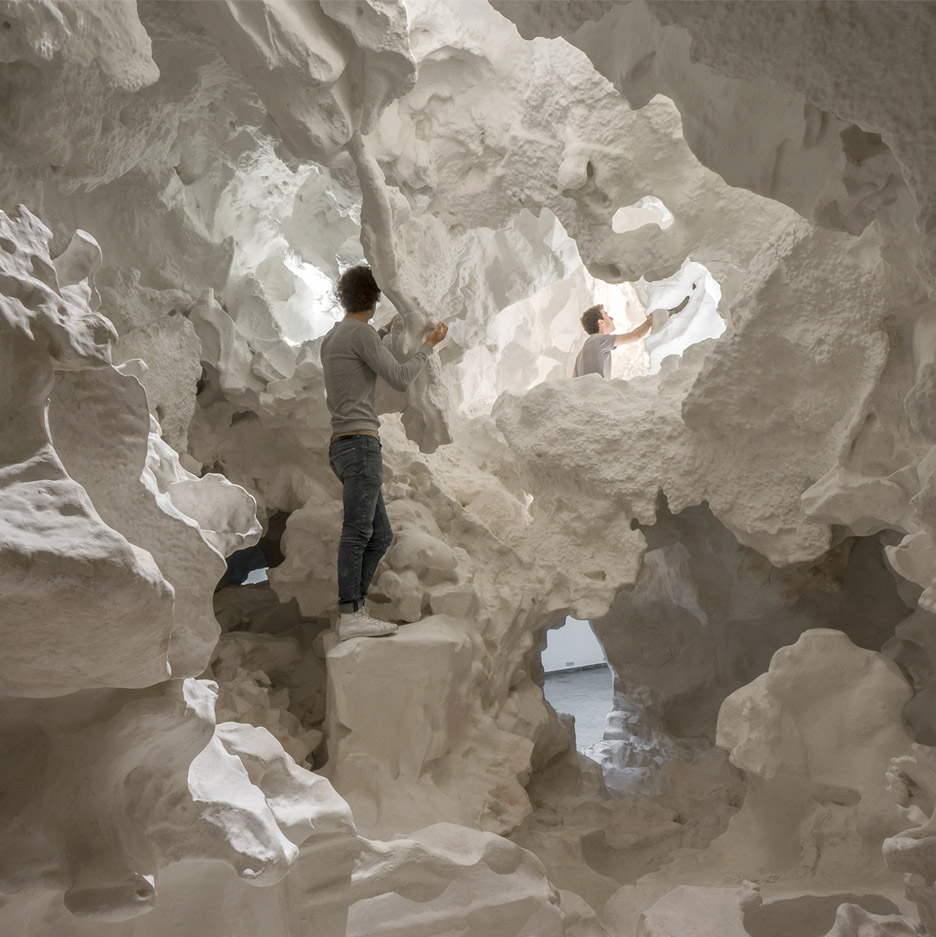 "Under the 'heroic' slogan of progress, the 20th century has dreamed the dream of redefining life through architecture," they added.

"It gave birth to heroes, who disappeared as individuals over time. Besides a few giants, now runs the reality of a multitude of unknown heroes. Soldiers of fortune, freelancers, heroes of the one-to-one scale."

The pavilion forms part of the Venice Architecture Biennale 2016, which is curated by Chilean architect Alejandro Aravena and runs until 27 November 2016.

Aravena's theme, Reporting From The Front, aims to encourage architects to address some of the most important global issues, from the economic and refugee crises to robotic construction.

The Serbian Pavilion is located in the Giardini – one of the two main Biennale venues.