German Airbus subsidiary APWorks has unveiled a 3D-printed motorbike that features an "organic exoskeleton" based on natural growth (+ slideshow).

The hollow framework includes integrated cables and pipes, meaning the Light Rider weighs 35 kilograms – which APWorks claims is 30 per cent lighter than motorcycles made using standard materials and manufacturing techniques.

"Advances in additive layer manufacturing have allowed us to realise the bionic design we envisioned for the motorcycle without having to make any major changes. With these technologies, the limitations facing conventional manufacturing disappear."

The company created the motorbike using Scalmalloy, a corrosion-resistant aluminium alloy often used in robotic parts and aerospace applications. It is described as being almost as strong as titanium. 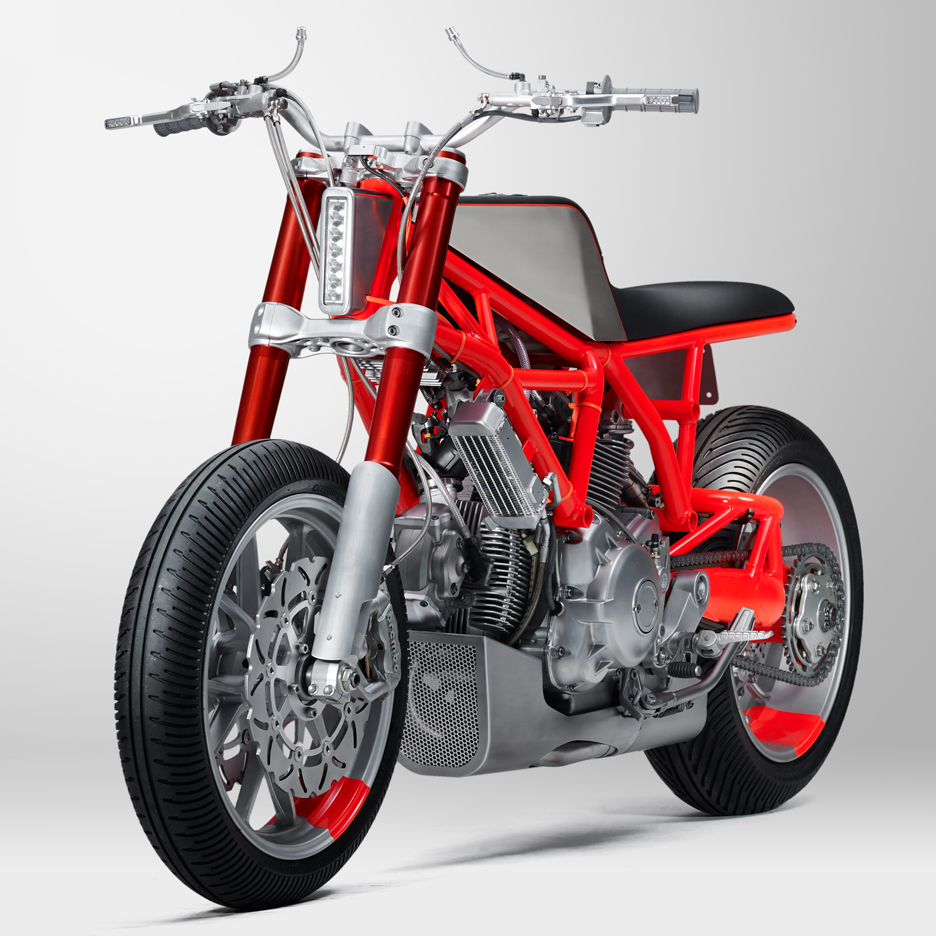 The vehicle runs on a 6 kilowatt electric motor, and can reach 80 kilometres per hour.

Light Rider was manufactured using an algorithm based on natural growth patterns. The company aimed to create a shape that would resemble an "organic exoskeleton", but with a frame that could handle everyday weight and stress demands.

Metallic 3D-printing technology is opening up new possibilities in design and architecture. Dutch studio MX3D is planning to use the technique to create a bridge over a canal in Amsterdam, and using the same process, they have already completed the world's first 3D-printed bicycle.

Metal is not the only material designers are using in 3D-printed vehicles, however. Benjamin Hubert's London studio Layer has produced a made-to-measure wheelchair from 3D-printed resin and plastic that incorporates the users biometric information and is said to be the first of its kind.