News emerged yesterday that the buoyant prototype school building in Lagos, Nigeria, had come down following heavy rainfall. There were no casualties, although much of the three-storey structure was destroyed.

Adeyemi, who designed the school with his studio NLÉ, described the incident as an "alarm", but said the structure had been decommissioned for several months. 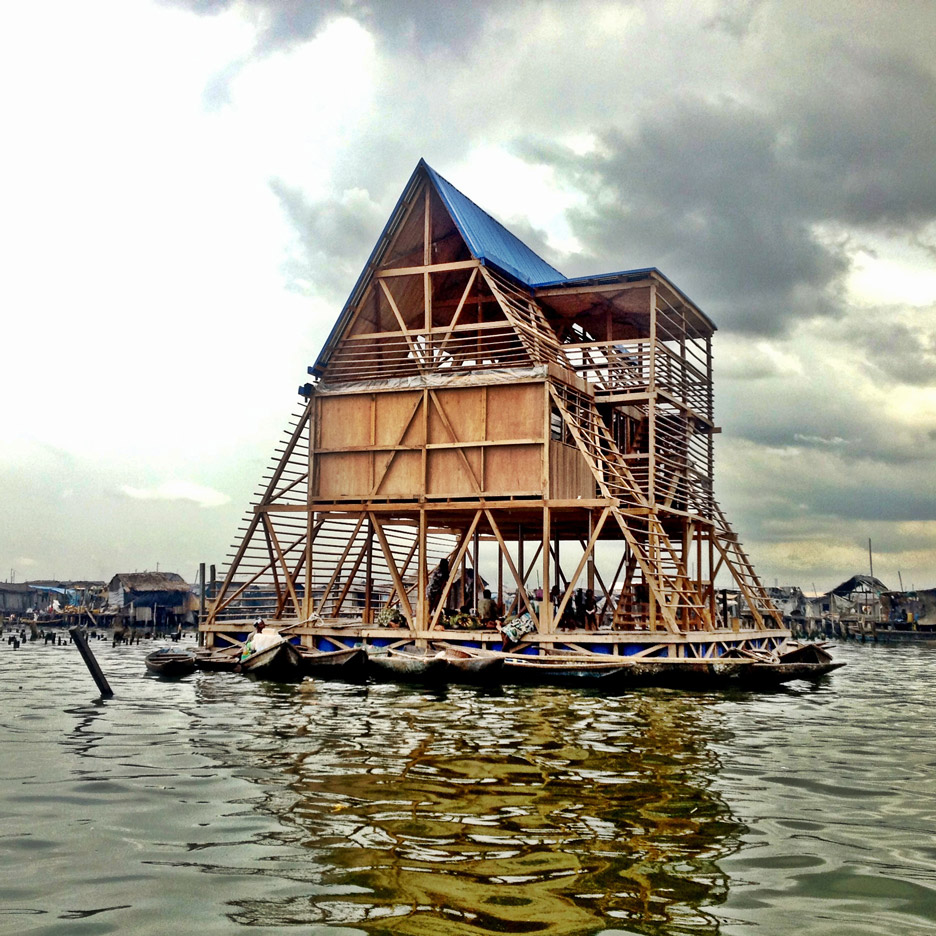 In a statement sent to Dezeen, the architect said the building had been out of use since March and had been scheduled for demolition, "after three years of intensive use and exceptional service to the community".

He said that students had already been relocated elsewhere, so no one was at risk when the structure collapsed. 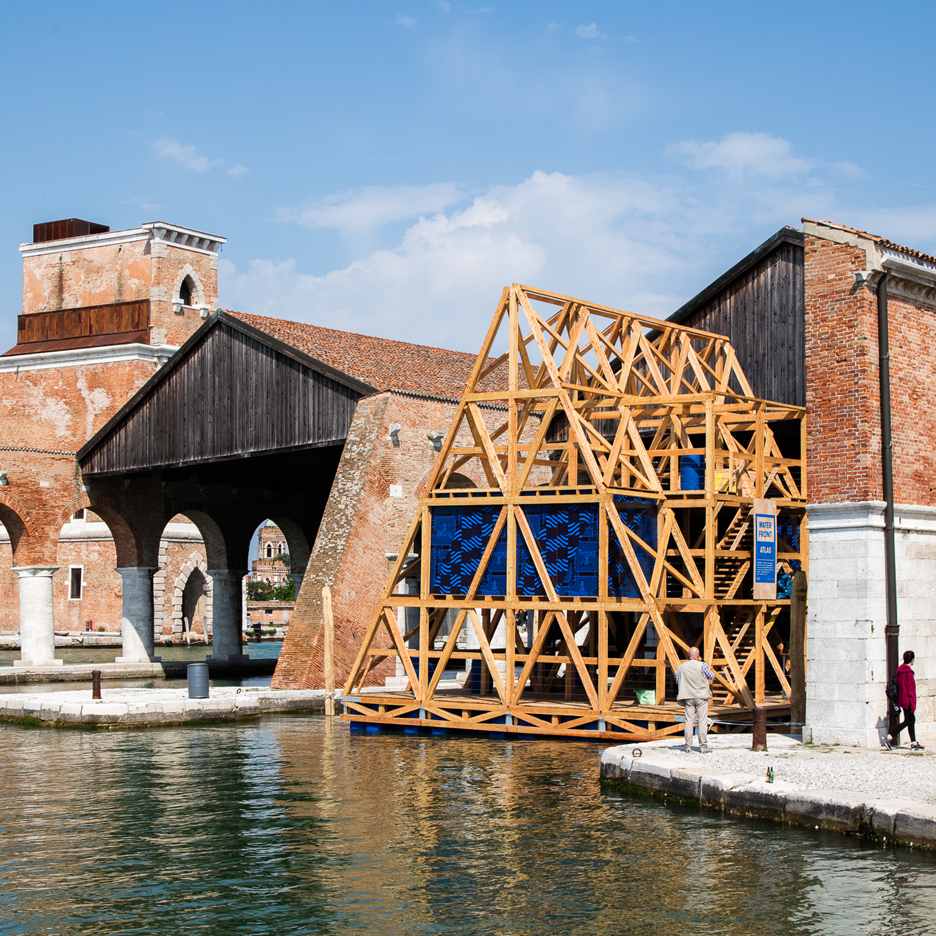 "The demolition and upgrading of the structure was in planning for a while and it had since been decommissioned," Adeyemi said. "We are glad there were no casualties in what seemed like an abrupt collapse."

Completed in 2013, the building was constructed to provide teaching facilities for the slum district of Makoko, a former fishing village on Lagos Lagoon where over 100,000 people live in houses on stilts.

It was designed as a prototype for African regions that have little or no permanent infrastructure, thanks to unpredictable water levels that cause regular flooding.

Adeyemi is currently exhibiting a second iteration of the design at the Venice Architecture Biennale, for which he was awarded the prestigious Silver Lion, and described by judges as a "promising young participant".

He said that plans to upgrade the structure were already in discussion and that the new design, called MFS II, would likely provide the template for the new floating school.

"NLÉ, Makoko waterfront community and potential stakeholders were already considering the upgrading of the structure with a copy of MFS II – a new, improved iteration," said Adeyemi.

"The prototype had served its purpose in time, and we look forward to the reconstruction of the improved version amongst other great developments in the community," he added.

Makoko Floating School was built from by a team of local residents, using wooden offcuts from a nearby sawmill and locally grown bamboo. It sat over a 256 plastic drums and was powered by rooftop solar panels.

During its construction, it proved controversial with the Lagos state government, who reportedly called the structure illegal.

In a statement made to local news website Vanguard in 2013, Adesegun Oniru, commissioner for waterfront and infrastructure development in Lagos, said the floating school had been "illegal since inception".

The school is one of the most high-profile examples of floating architecture, a trend that has emerged in response to rising sea levels and a shortage of development sites all over the world. It was shortlisted for the Designs of the Year awards in 2014.