British architect Michael Manser, a pioneering Modernist and founder of the Manser Medal, has died aged 87.

Manser, whose acclaimed architectural projects range from a glass and steel house to a curved airport terminal, was widely known for launching the RIBA Manser Medal, an annual prize given to UK's best new house.

He passed away following a stroke earlier this week – the second he had suffered in the last year.

Manser set up his architectural practice in 1960, after studying at the Regent Street Polytechnic and stints working in both London and the West Indies.

He made his name with a series of Modernist rural houses, inspired by architects including Ludwig Mies van der Rohe and Andrea Palladio.

Among these was a house for his parents and his own family residence in Surrey called Golden Grove House.

Subsequent projects included Larchfield Swimming Pool in Surrey (1964) and Schild House in London (1965), as well as the ground-breaking Capel Manor House in Kent (1971).

Described as Britain's answer to Mies van der Rohe's Barcelona Pavilion, this house is still considered one of the most important examples of Modernist architecture in the UK.

In later years, Manser's firm took on larger projects, including the Sterling Hotel at Heathrow Terminal 4, Southampton Airport in Hampshire and the British High Commission in Dar Es Salaam, Tanzania. 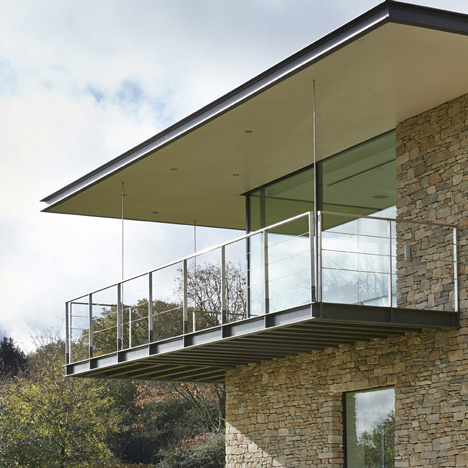 The architect served as president of the Royal Institute of British Architects between 1983 and 1985, becoming an ambassador for Modernist design at a time when it was under fire from Prince Charles – who described a planned expansion to the National Gallery as a "monstrous carbuncle" during his 1984 RIBA speech.

He was also awarded a CBE – a national honour given by the Queen – for services to architecture in 1993.

Since 1999, Manser had left the direction of his firm – now named The Manser Practice – to his son Jonathan, although he served as a chairman of the firm up until his death.

He worked as a journalist throughout his career, contributing to publications including the Observer, Architectural Design and Home magazine.

He launched the Manser Medal in 2001, although it was recently renamed House of the Year.

All images are courtesy of The Manser Practice.

Houses shortlisted for the Manser Medal