With the trend for co-living continuing to pick up speed, German architect Alexis Dornier has transformed a group of old apartment blocks in Bali into a communal housing development (+ slideshow).

Dornier, who recently moved his architectural practice to the Indonesian island, completed the project for Roam, a new brand that gives occupants the opportunity to move between different co-living complexes around the world.

Located in Ubud, the complex is one of the first two locations opened by the brand, along with another in Miami.

It offers rooftop lounge spaces, a swimming pool, a large communal kitchen and a barbecue garden. 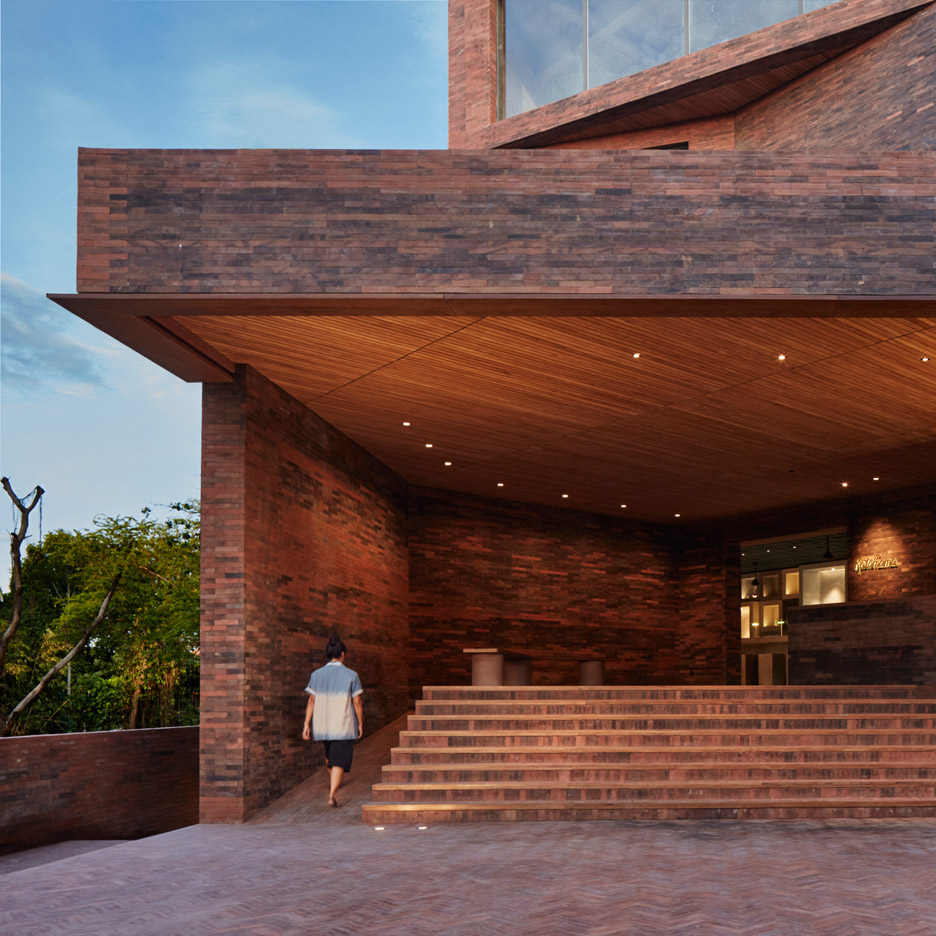 "The vision of this place was to create community," explained Dornier, "a model of a micro society where people find their own space for privacy, as well as places of gathering, exchange, movement and education."

The project follows the standard model of co-living complexes, which function like a cross between student housing and hotels. Occupants rent serviced rooms, which are accompanied by communal living areas and resources.

But unlike the more well-known examples – like WeLive in New York and The Collective Old Oak in London – Roam offers residents the chance to move between properties. New locations in London, Madrid and Buenos Aires are all in the pipeline.

With this in mind, Dornier aimed to create spaces that combine traditional Balinese design with domestic details that are common all over the world.

The U-shaped complex is made up of three former apartment buildings that had most recently served as a boutique hotel.

The ground and first floors of the building now contain a series of bedrooms, each with their own private bathrooms and patios.

Most communal areas are located on the open-air roof space, sheltered beneath a newly installed canopy.

These include a sunbathing deck, a cafe, a wine bar, a restaurant, a lounge and a yoga area.

"Taking the model of a traditional Balinese compound to another level, the feeling of family as an organism of exchange and life was always a key driver in the design for Roam," said the architect.

"The efficient canopy structure spans across all shared spaces," he added.

"Different opacities, through a range of materials such as bamboo, tin and polycarbonate, turn the place into a light yet protected outpost high up, overlooking its surroundings."

A mixture of materials feature across the other surfaces, including concrete, stone paving and sculpted wood.

Plants play an important role in the design too, with tall bamboo and palms featuring throughout.

Vines hang over the balconies, while trees surround the swimming pool.

"The V-shaped columns, the low pitched ceilings and the clustered segments of the canopy have an Asian, reductive appeal to reply to the surroundings in a contemporary way, rather that mimicking a traditional building style or materials," said Dornier.

"The Roam community finds a place of its collective and togetherness that will grow throughout time," he added. "This means also that the place can grow, overgrow, adapt, age and change in the months and years to come."

Roam Bali was completed in 2015 and contains 24 rooms.

Dornier worked in the New York offices of OMA, Asymptote and REX before starting his own studio. He recently relocated to Bali but continues to run an office in Berlin.