An exhibition covering the prolific output of Japanese studio Nendo and its founder Oki Sato has opened at Israel's Design Museum Holon (+ slideshow).

Curated by Maria Cristina Didero, the Space in Between exhibition is the first museum retrospective by the Japanese studio and features over 70 works divided into six categories.

Each of these categories is concealed within white volumes and focuses on the use of in-between spaces in the studio's work.

"A museum-first, the show will deal with the challenges and the related solutions that Nendo – a studio led by one of the most prominent talents of this generation, Oki Sato – has encountered while interacting with the different typologies of objects and their unexplored areas."

The first space, named Between Processes, examines existing manufacturing processes, identifying areas where new methods can be developed or how old processes can be adapted.

Between Textures is an area focusing on the studio's use of materials, and how the physical attributes of these materials can overlap or differ.

"These can be varied, from physical traits to qualitative properties of their feel or expression," Nendo said. "If one takes a closer look at the gaps between two differing materials, it becomes apparent that there are no clear-cut distinctions." 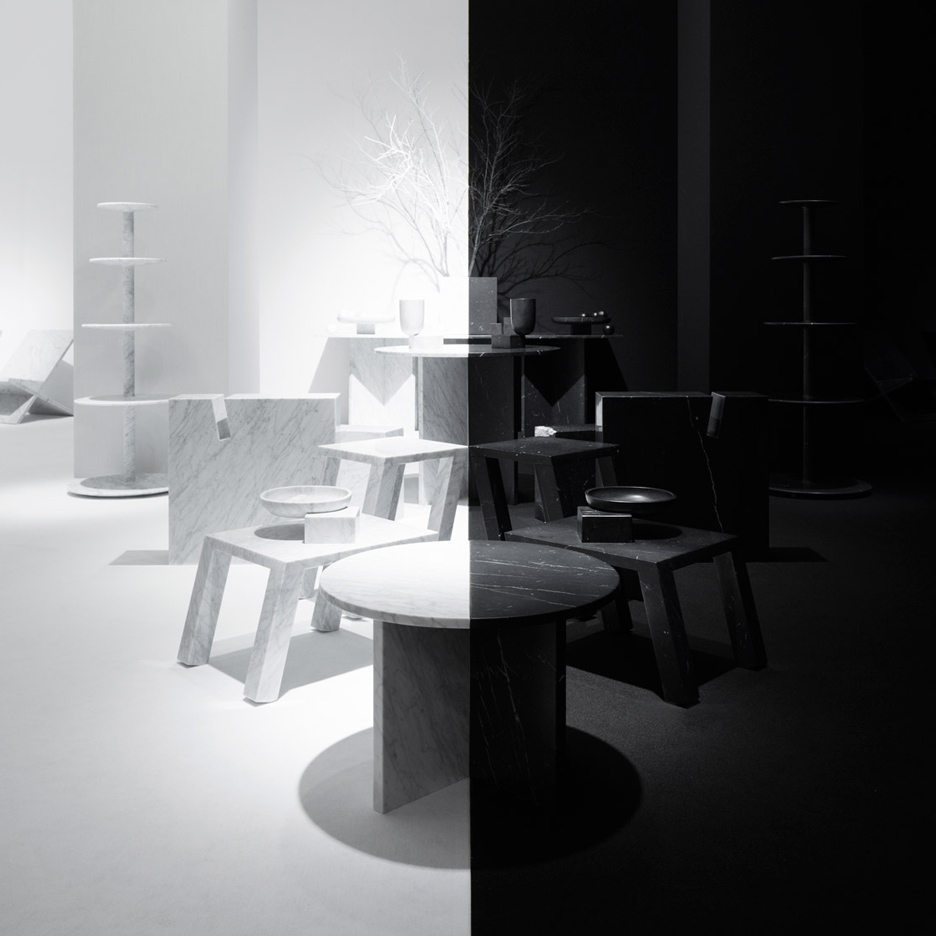 "There are plenty of gaps or spaces within things," said Nendo. "Widening, truncating or replacing these gaps with completely different elements can bring about new functions and meanings from the inside."

The fifth area, Between Relationships, looks at the balance of equilibrium between objects and spaces, and how breaking the state of equilibrium can create new areas for exploration.

Between Senses is the final space. It involves translating senses like sound, taste and smell – as well as the phenomena of time – into tangible forms.

Nendo has also created a site-specific installation titled In the Shade for the museum's courtyard.

The installation, which was created in collaboration with Glas Italia and Caesarstone, comprises a sequence of five coloured glass screens held in place by pedestals.

Canada-born Oki Sato trained as an architect at the Waseda University in Tokyo and founded Nendo in 2002.

The studio is well known for its vast output of products, interior design and architecture projects. In an interview with Dezeen, Sato said that working on up to 400 projects at a time relaxes him.

The Space Between is on show at Design Museum Holon until 29 October.