Milwaukee firm The Kubala Washatko Architects has renovated a Frank Lloyd Wright house near the city, adding a pool house that was informed by the home's original site plan (+ slideshow).

The Adelman House is located in Fox Point, a Milwaukee suburb that is bordered by Lake Michigan. It is situated on a partially wooded lot with a ravine.

The family dwelling was built in 1948 for a young couple, Albert and Edith Adelman, and their three sons. Today, the 2,600-square-foot (242 square metres) home is still occupied by members of the Adelman family.

The low-slung house was designed by Wright – who was born in Wisconsin and established his Taliesin school there — to require little maintenance. Its exterior walls are made of concrete block and stained cypress boards, which are shaded by deep roof overhangs.

Five bedrooms occupy one side of the home, while the other side contains a kitchen and dining room. The living room sits at the centre of the building.

The Kubala Washatko Architects (TWKA) was commissioned to oversee the first major update to the historic house since it was completed nearly seven decades ago. The project also entailed the addition of a swimming pool and pool house to the 2.5-acre property (one hectare).

"This project involved a comprehensive restoration of, and sensitive addition to, the historic Fox Point home," the firm said, noting that the dwelling is listed on the National Register of Historic Places, which is overseen by the National Park Service.

The architect conducted extensive research and proposed a plan that follows preservation standards established by the federal agency.

The project entailed removing the wood-shake roof, which was covered in moss, and replacing it with water-resistant cedar shingles.

The team refurbished existing skylights and added a new one in the entry vestibule that measures seven by 11 feet (two by three metres). The firm also reconditioned all windows and doors, which are framed with wood, and added storm windows to protect the home during Wisconsin's harsh winters.

A specialist was brought in to oversee the restoration of the cypress boards used throughout the interior. Wood that was damaged beyond repair was replaced with old-growth cypress with the same grain and colour. 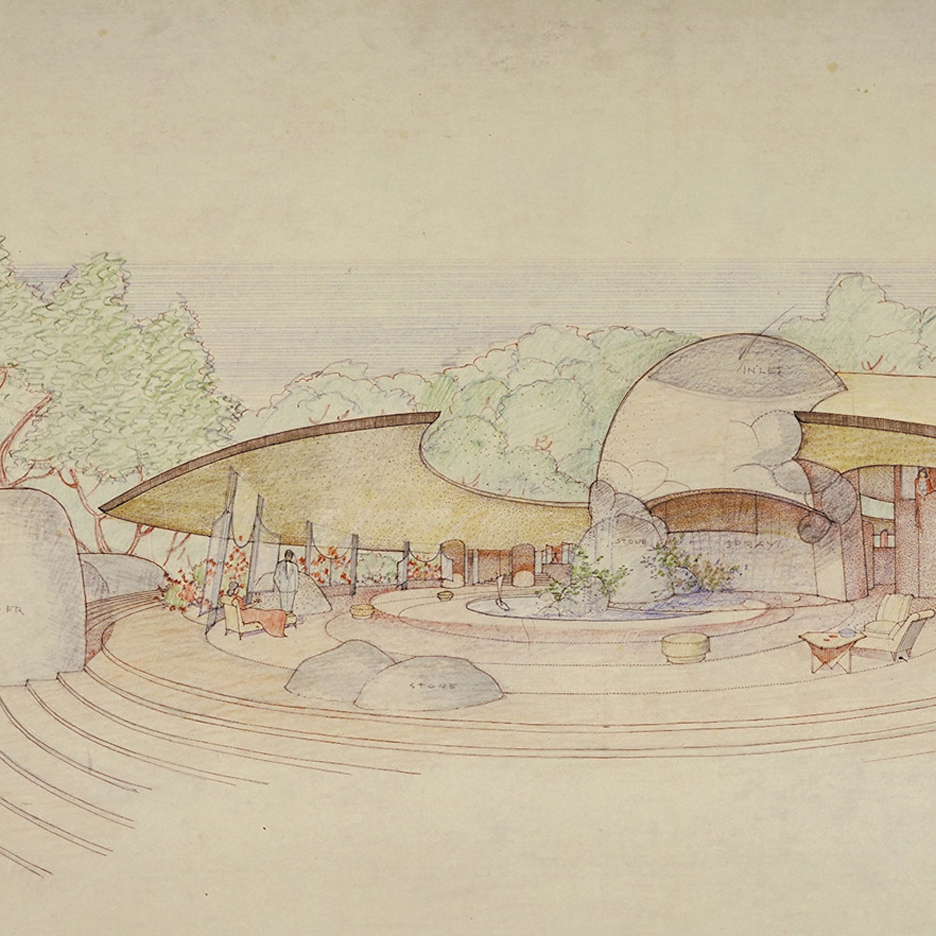 Cabinets and built-in furniture were restored off-site and then re-installed.

The home's original red-coloured concrete floor had become degraded over the years and was removed. The team installed a new concrete floor of the same hue and coated it with epoxy to ensure its longevity.

The restoration entailed a number of mechanical upgrades. "Ageing and inefficient mechanical systems were replaced with new systems carefully integrated into the historic structure," the firm said.

During the final phase of the restoration, the client also asked the firm to create a new pool and poolhouse.

The architect placed the addition in an open area where Wright had originally proposed a pool, which had never been built. "The pool was located true to Wright's original site plan," the firm said.

Designed in accordance with National Park Service guidelines, the addition features a wood-clad structure with a covered patio. Clerestories enable natural light to stream into the shelter.

"The new addition complements the historic home while clearly being differentiated from the original structure," the firm said.

The project recently won a design award from the Wisconsin chapter of the American Institute of Architects. The jury described it as a "beautiful and sensitive restoration, with an addition that supports and enhances the original home".

"The architect's design solution is a model for the creative integration of modern, energy-efficient mechanical systems into a historic structure," the jury added.

Other winners include a home clad in blackened pine by Johnsen Schmaling Architects and a slender beach cottage by Ramsey Jones Architects on the shore of Lake Michigan.

Earlier this month, New York's Museum of Modern Art announced a major retrospective of Wright's work to coincide with what would have been his 150th birthday next year.