The composite steel knife is made using a pair of computer numerically controlled (CNC) jets working in tandem. The ridged blade is created at their intersection.

As the streams of water carve further into the steel, they gradually lose pressure and precision, creating the raised pattern in the knife and the uneven serrations along the blade – also known as a trail back. By changing the rate of the water jet, these marks can be emphasised or reduced.

The knife's irregular edge is contrasted against a smooth, geometric handle with a slanted end that tapers into the blade.

"The Kanagawa Blade celebrates the sheer power and ferocity of water," said the designer, who has previously used 3D-printing to create a set of artificial organs.

"Its form references the clawed waves depicted in Hokusai's [woodblock print] Great Wave Off Kanagawa, which instilled fear and terror in those who witness its magnificent power." 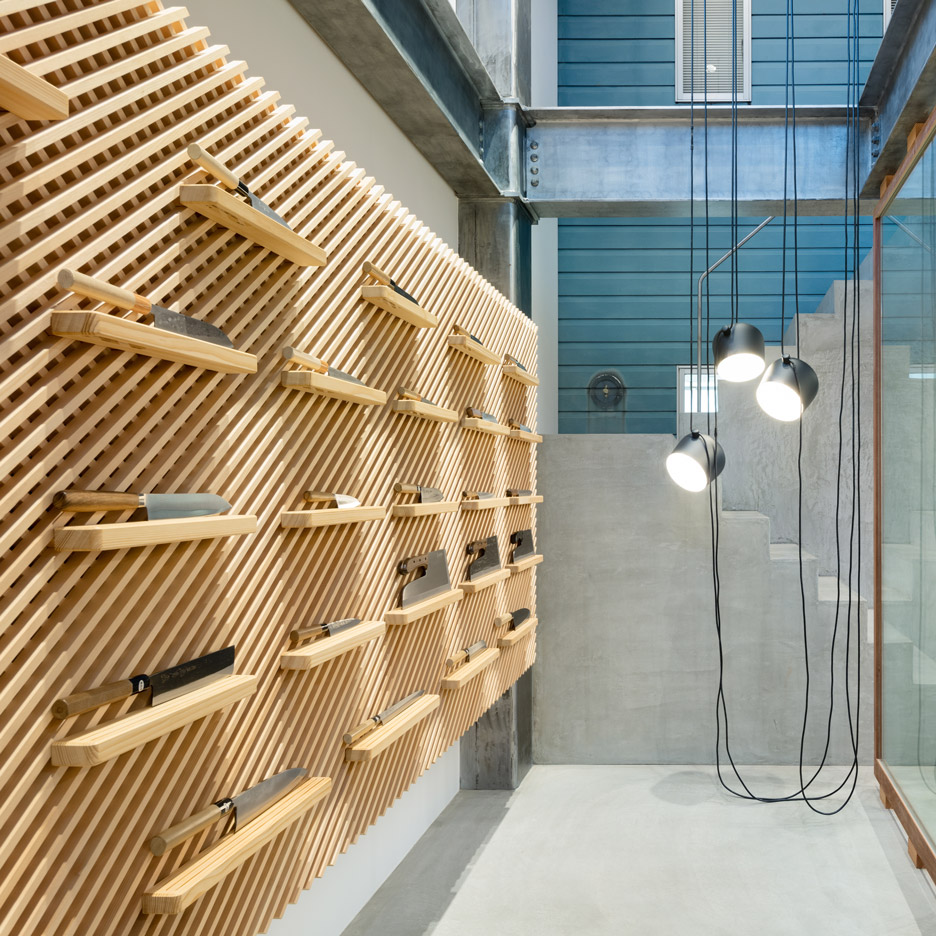 The water jet process is also demonstrated in work by Israeli designer Shira Keret, who used it to erode blocks of marble into vases and plates with similarly ridged surface patterns.

"Although the Kanagawa Blade is formed through mathematical precision and machine creation, it reveals its mechanical creator's serendipitous faults," said Wilson of the process.

Another designer to have designed an alternative to standard kitchen knives is Italy's Michele Daneluzzo, whose petal-shaped implement refers back to basic flint cutting utensils from the Stone Age.

Photography is by Mark Wilson.