This stepped timber bridge was built by a team of architecture students from the University of Hong Kong to provide a meeting place for residents of a rural community in southern China (+ slideshow).

Wind and Rain Bridge links two banks of a river on the outskirts of Peitian, a village in China's Fujian province.

Designed by course leader Donn Holohan to be constructed without the need for mechanical fasteners, the structure takes its cues from the region's traditional wooden buildings and is formed from interlocking beams.

"Designed solely in wood joinery inspired by traditional Chinese techniques, the bridge is a reinterpretation of the traditional covered bridge, which functions as a public space and a pedestrian connector," said the team.

A team of 70 students assembled the 265 wooden components used to make the bridge under the watch of a local carpenter. 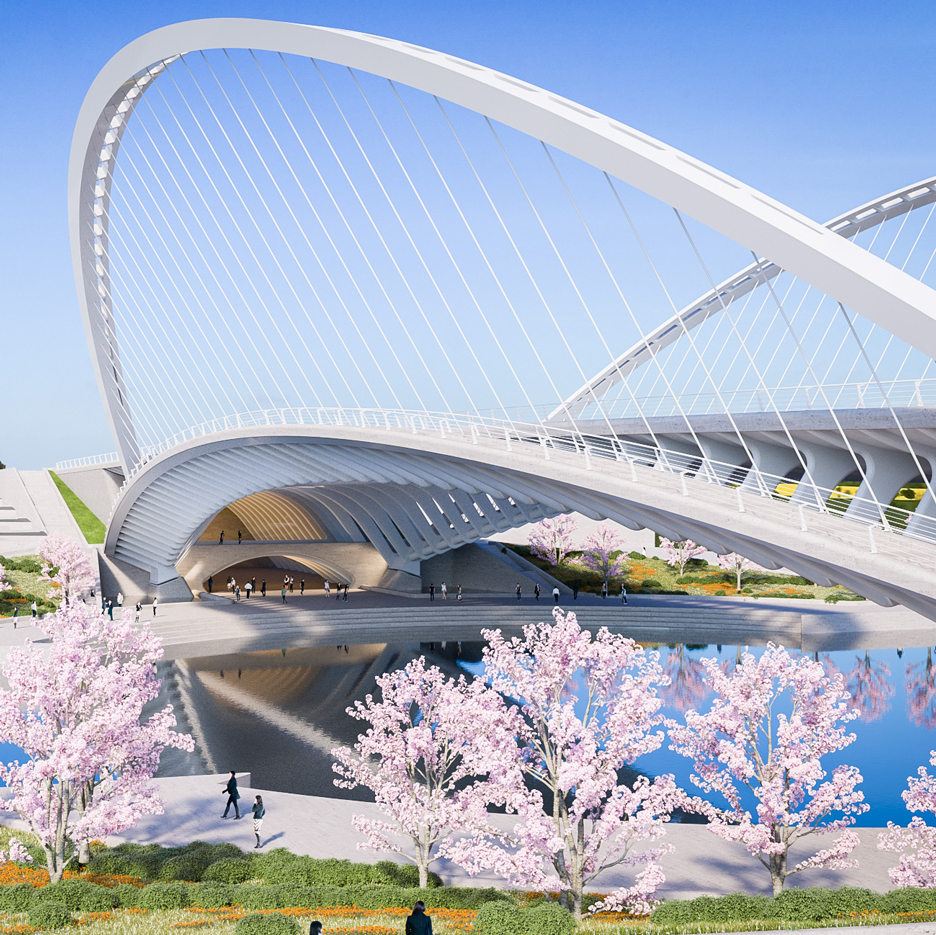 Two roof structures, one hipped and the other an inverted pitch, shelter the bridge from the elements. The sides are left open.

The bridge connects two fields on either side of a river. It is part of post-flood reconstruction efforts in the area, which experienced severe flooding in 2014.

The floods washed away connections between small rural communities in southern China. The team wanted to help the community rebuild both its social and physical infrastructure, by re-linking two pieces of farmland and also providing a meeting place.

"This project aims to reconnect Peitian village to that historic network of routes that link these isolated settlements," explained the team.

"Opening outward towards the village, the bridge negotiates the variable terrain and provides a place of respite from Peitian’s changeable climate."

Past students from the University of Hong Kong also contributed to reconstruction work following the Yunnan earthquakes by designing a library and community centre with a climbable roof and an undulating viewing platform with built in market stalls for mountain villages in southwest China.

But the digital technologies used to design these types of complex timber structures are hindering their creation said the team behind Wind and Rain Bridge.

"Critical to this process is the integration of digital design methodologies, which allow for the planning and testing of complex assemblies," they said.

"The high level of training and labour associated with these assemblies has been a barrier to the continued viability of complex, long-span, timber structures in China and other developing and transitioning economies."

Architects are increasingly investigating how digital fabrication could improve the future of wooden construction, with the AA School in London just recently unveiling its plans to open a specialised robotics course.