Muhammad Sahrum designed the project titled The Inverted Fortress: An Open Embassy as his graduation project from the University of Greenwich in London, where he studied in Unit 20.

The project takes as its starting point a quote from former UK diplomat Carne Ross, which highlights the independence given to diplomats to make policy decisions on behalf of the public, without scrutiny and often without citizens' knowledge.

"With that in mind, this project wishes to take a humorous point-of-view at the act of diplomacy," said Sahrum.

"The project, an embassy for the Unrecognized Nations and Peoples Organization (UNPO), is in essence hot-desking for diplomats."

Sahrum takes the soon-to-be decommissioned United States Embassy in London's Grosvenor Square, which is set to relocate to Nine Elms in the London Borough of Wandsworth next year. 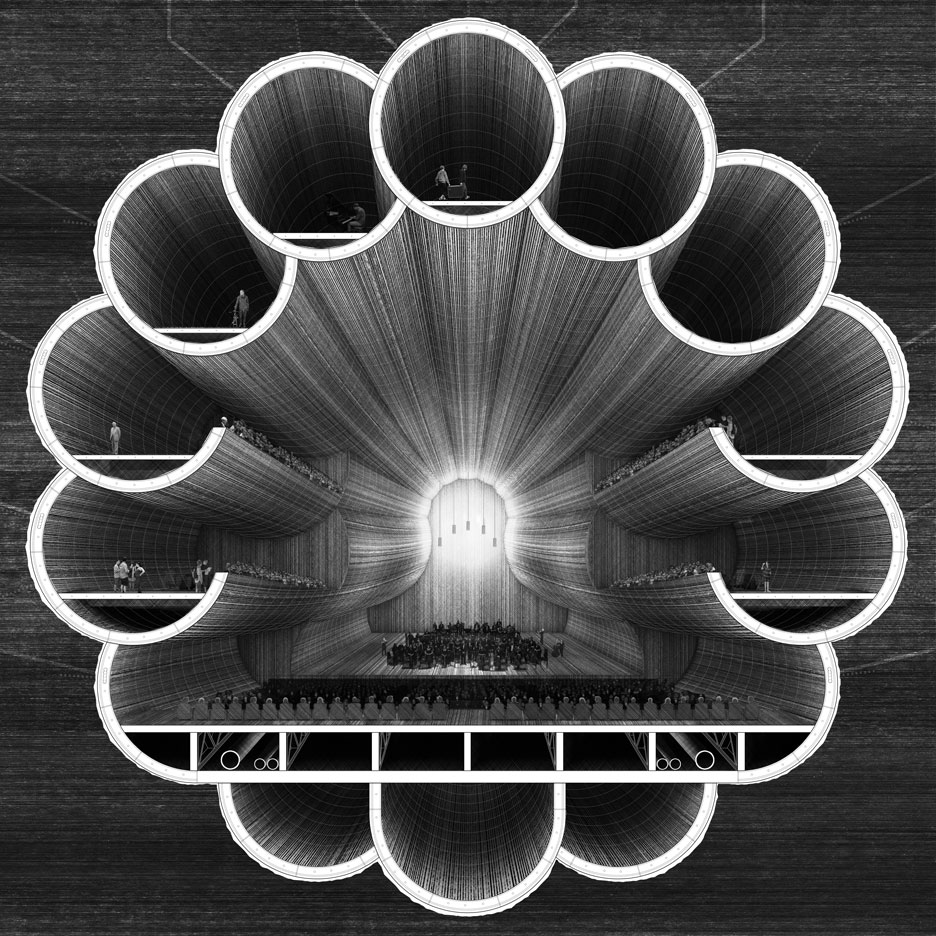 He sees the future embassy evolving in line with changing working culture – which has seen an increase in hot-desking and shared co-working, as the preferred method of data storage moves increasingly away from physical hardware towards online cloud systems.

"Set in the not-too-distant future, the project highlights ways in which the embassy of the future might develop," he said.

"Looking into a new typology of embassy of the 21st century, responding to the shifts in working culture and the unreasonable costs of a country – namely developing countries – in owning their own embassy in cities such as London."

Sahrum has created a series of drawings and models showing how these new working environments might look, with decisions made over tennis tables rather than in the board room.

Some are shaped to represent the activity that takes place within like the giant pink ping-pong bat with a table tennis arena embedded in its paddle, while others are based on souvenirs diplomats might receive such as a statue of the Buddha.

The spaces riff on the type of recreational spaces included in new hot-desking or co-working spaces that are popping up across major cities, which aim to foster relationships between workers.

"A position was taken of creating a landscape of hedonistic pleasures where diplomacy is seen as an act of decision-making taking place within the informal environment of crazy golf courses, for example, outside the realms of board rooms and formal settings," said Sahrum.

"One of the underlying themes of this project is that of soft power as an effective diplomatic tool."

Images are courtesy of Muhammad Sahrum.