Movie: in this exclusive video, the late Zaha Hadid's long-standing business partner Patrik Schumacher reflects on meeting the architect for the first time at a deconstructivism exhibition and the impact of her early paintings.

Schumacher met Hadid in 1988 at a symposium at the Tate gallery in London to coincide with the New York Museum of Modern Art's Deconstructivist Architecture exhibition.

With no built projects, Hadid was building a reputation as a radical architect through her artwork. The huge paintings of her competition entry for The Peak Leisure Club in Hong Kong were included in the show, alongside projects by the likes of Frank Gehry, Rem Koolhaas, Daniel Libeskind and Bernard Tschumi.

Schumacher says that even amongst such esteemed company Hadid stood out.

"Her work was the most intense, intriguing and opened up the discipline to unexpected potentials of exploration," he says in the movie, which Dezeen filmed at the Architectural Association in London.

"I was intrigued by the frankness and openness of her presentation. She was quite genuine in respect to letting the audience into her work and the way she was working."

Schumacher was an architecture student at the time and was looking to join a practice to complete his qualification.

"I was just sure that I would pick her when my studies finished," he recalls. "So I did. And I was hired."

Schumacher joined Zaha Hadid Architects later that year and quickly rose through the ranks. He now leads the practice since Hadid's unexpected death in March. 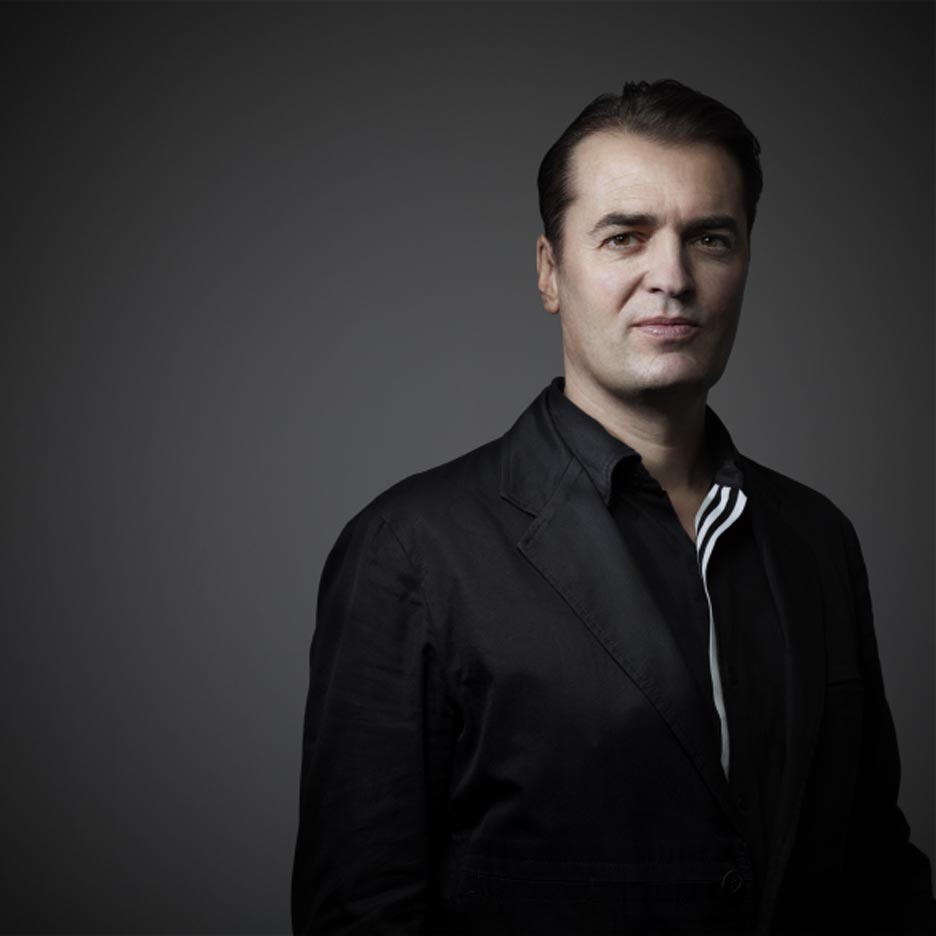 "I was lucky enough that I entered when it was a very young team," he says. "The chief designer left soon after I joined, so I was thrown into a situation where I had to step up and take a bit of a lead in the team."

In his early years at the firm, Schumacher worked with Hadid on a number of proposals and competitions that were never built. He describes their working relationship as intensely collaborative.

"She didn't want to just do everything herself," he says. "She was very open to people's offerings. We had a very fertile and intense creative process."

"I was project architect," Schumacher recollects. "It was quite a shock for the first time to encounter a built reality."

Schumacher would go on to become a champion of Parametricism – a style of architecture that creates organic forms from computer algorithms – but for Vitra Fire Station most of the design work had to be done by hand.

The complex form of of the building ensured this was an extremely time-consuming process.

"We didn't use computers at the time," Schumacher says. "The three-dimensional phenomenology was drawn out and tested through endless sketches to test out the composition from all angles so it had a certain poise, tension and didn't fall apart or seem amorphous from any perspective."

He adds: "I took much longer than anyone one would have imagined. But we had the time at that time."

Hadid died unexpectedly in March following a heart attack. Schumacher and a host of other leading architects including Bjarke Ingels, Richard Rogers, Norman Foster and Daniel Libeskind paid tribute to her in our memorial video, which we produced in collaboration with Architizer.