Strips of perforated aluminium give a pleated appearance to the facade of this Shanghai tower designed by Japanese architect Kengo Kuma for property developer Soho China (+ slideshow).

Kengo Kuma used pieces of pieces of 18-millimetre-wide aluminium mesh to create the pleats in the facade of Hongkou Soho, which is designed to look like the draping of a dress.

The lengths of metal are angled to fit the form of the building and create a rippling effect.

"For the facade, we created pleats, made of aluminium mesh like woven lace, which forms a soft dress for women," said Kengo Kuma and Associates.

"The pleats change their expressions gradually according to the angle, strength, and tone of sunshine."

The upper floors of the 29-storey-tall building house private offices, while the ground floor hosts a shared space where the stripped and perforated facade gives glimpses onto the street.

"The building is open and linked with the city outside," said the studio. "The image of gentle connection is expressed in the facade and public space of the building." 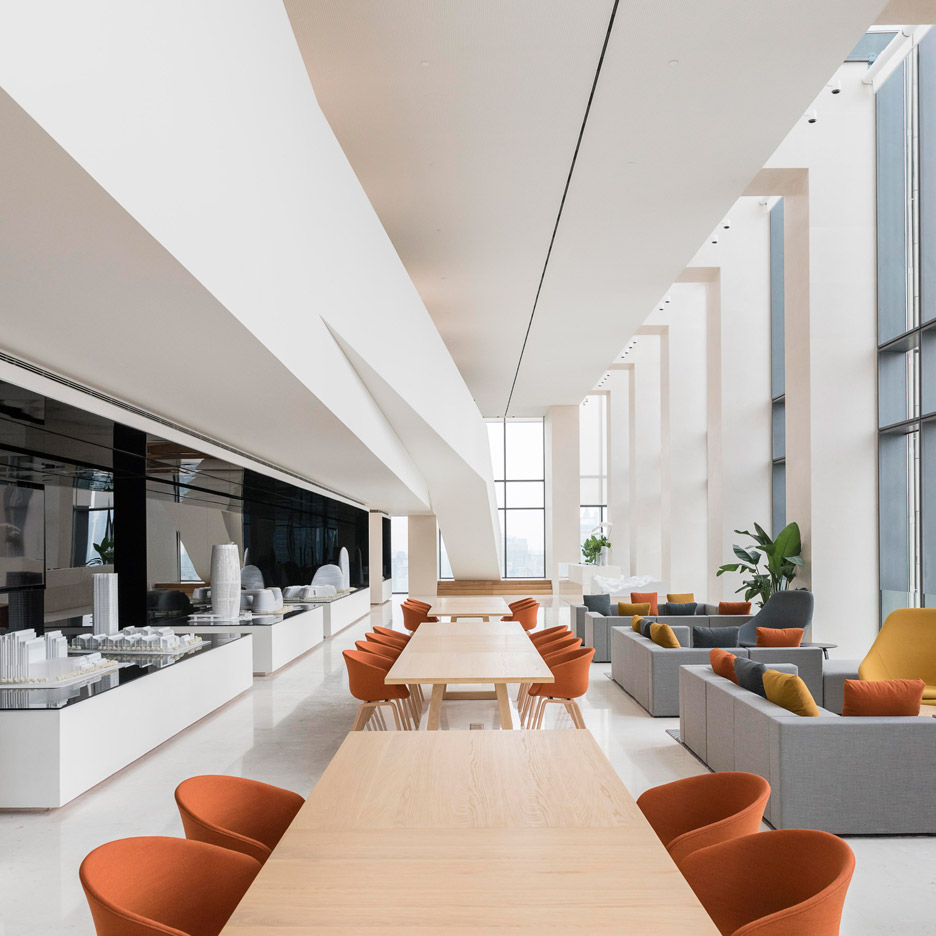 "The public space is also like a creature's skin, represented with stone and aluminium panels, which creates an atmosphere totally different from ordinary hard buildings."

Hongkou Soho is the latest in a spate of recent projects for Chinese property developer Soho China, which is best known for commissioning the late Zaha Hadid to design the Wangjing Soho and Galaxy Soho complexes.

Further buildings for Soho China's empire have been fitted out by Shanghai studio Aim Architecture, including a Fuxing Plaza Back to the Future-inspired shopping centre and labyrinthine offices for the company's Fuxing Plaza complex.

Photography is by Eiichi Kano and Jerry Lin.