Mercedes-Benz has revealed its design for an autonomous bus, which recently made its first self-driven journey along a 20-kilometre-long route in the Netherlands (+ movie).

Developed based on technology in the company's autonomous truck, the Future Bus is able to drive itself along suitable routes, communicate with traffic lights to cross junctions, and automatically stop at stations.

The Future Bus recently made a 20 kilometre trip from Amsterdam's Schiphol airport to the nearby town Haarlem, which the company claims makes it the first automated city bus tested in a real-life traffic situation.

"More people can travel from A to B quickly, punctually and in comfort, to the benefit of all: bus operators, bus drivers and passengers."

The Future Bus is driven by CityPilot technology – a self-driving system based on Highway Pilot, from the company's autonomous Actros truck. 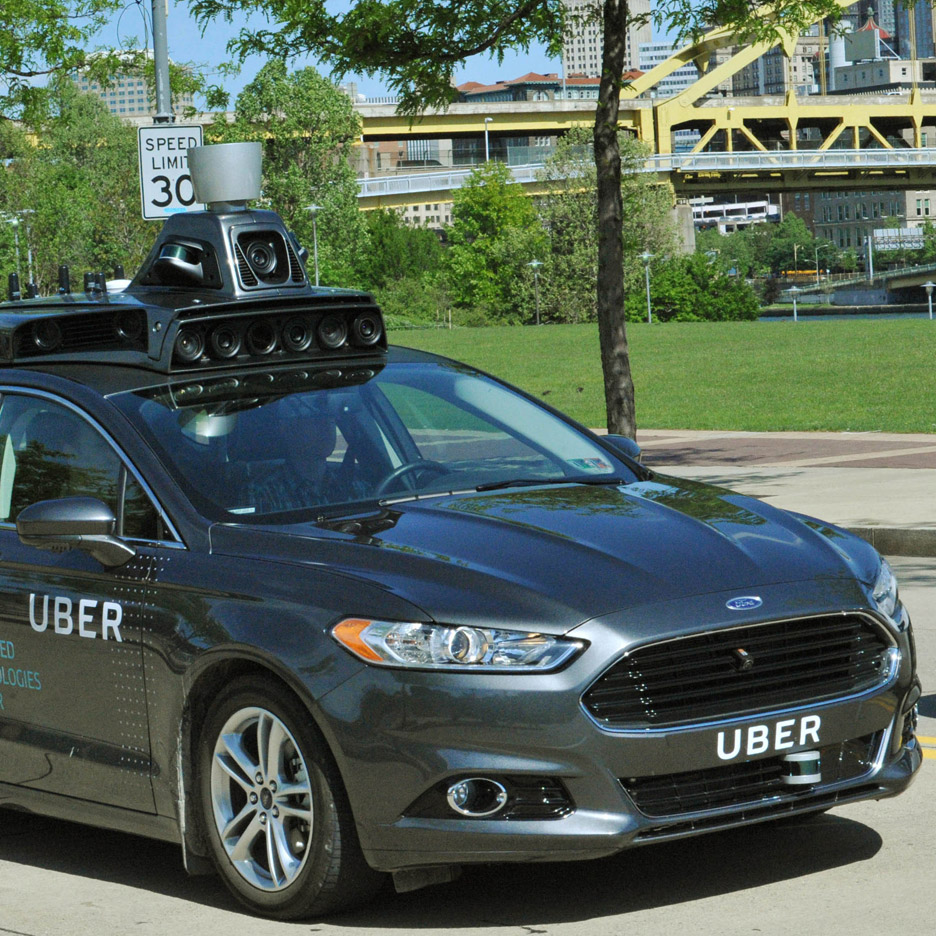 Uber is testing a driverless taxi on the streets of Pittsburgh

Using cameras, radar and GPS systems, the bus is able to recognise and communicate with traffic lights, allowing it to drive through the junctions they control.

The bus – developed by the company's Daimler Trucks department – also has an auto-brake system that can recognise obstacles, like pedestrians crossing the road, to avoid collisions.

It is able to automatically halt at bus stops, where it will open and close its doors for passengers to get on and off.

The driving status of the bus is indicated through coloured strips of light on its exterior – white for manual and blue for automated.

Doors are similarly illuminated to speed up passenger boarding and embarking, with the exit marked in red and the entrance in green.

Inside, the bus is divided into three zones – a service zone at the front, an express zone in the middle for passengers travelling short distances, and a lounge zone at the back for long-distance travellers.

Many companies are proposing ideas for autonomous vehicles and supporting infrastructure as the technology edges closer to ubiquity.

MIT researchers have developed a conceptual traffic system that would enable driverless vehicles to whizz through intersections without colliding, while Foster + Partners and Nissan believe that self-charging driverless cars could be used to power homes in the future.