Movie: in this exclusive video interview, Zaha Hadid Architects director Patrik Schumacher explains how he hopes to take the practice forward after the unexpected death of Zaha Hadid earlier this year.

Schumacher was Hadid's co-director at Zaha Hadid Architects (ZHA) and now leads the business after the British architect died suddenly of a heart attack in March.

Despite the loss of its founder, Schumacher believes the firm still has a future and can continue to grow.

"This team is still quite young and we have a lot of energy and power to surge forward," he says in the movie, which Dezeen filmed in London.

"I believe the kind of organisation we are is unprecedented and is yet to evolve."

ZHA plans to complete the 36 projects that were under development in 21 countries at the time of Hadid's death, including a new airport terminal building in Beijing, China, and a controversial stadium for the 2022 FIFA World Cup in Qatar.

Since Hadid's death, the company has also secured a number of new projects, such as a building for Russia's answer to Silicon Valley, a new central business district for Prague in the Czech Republic and a 38-storey hotel in Qatar. 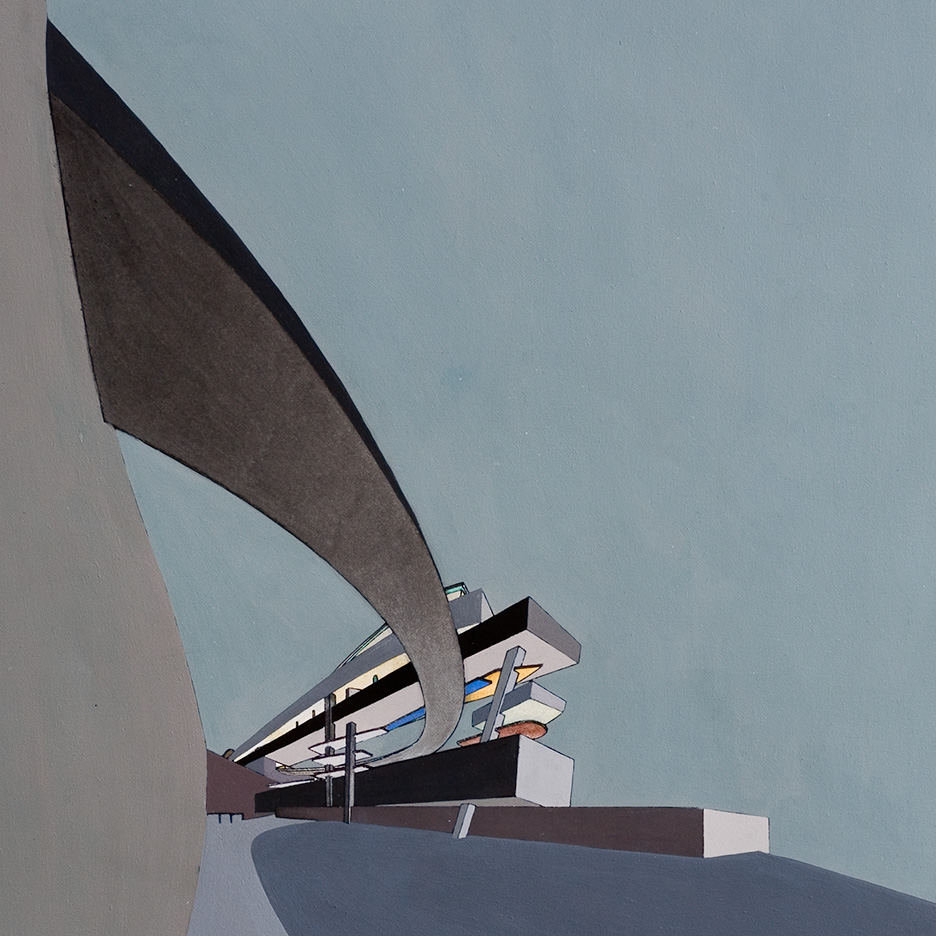 Schumacher says: "In terms of the future of ZHA, how we are moving forward is maintaining research and innovative thrust, but in the context of what I call global best practice – very mature, sophisticated products for the most demanding, high-performance, high-value arenas."

Schumacher is a champion of Parametricism, a design approach that uses algorithms to dictate the shapes of digital models that become architectural forms. These algorithms are created in response to parameters like the flow of people through a space.

ZHA's expertise in this field puts the company in a strong position to deliver larger, more complex projects, according to Schumacher.

"The principals of Parametricism are universally valid and applicable, but they are more urgent in some arenas than in others," he says.

"So a stadium is interesting, but overall it's a relatively simple event: you move in, sit down, watch a game, move out, rather than something that collaborates in intricate ways."

"The most difficult and challenging, high-density spaces is what we are about."

Schumacher cites the proposed campus for Google in Mountain View, California, by the studios of Bjarke Ingels and Thomas Heatherwick as the kind of project he has ambitions for ZHA to deliver.

Ingels' and Heatherwick's original proposal consisted of a network of buildings situated underneath a bubble-like canopy, which Schumacher says is a similar approach to one he developed with students at the Harvard Graduate School of Design (GSD), where he teaches.

"What Bjarke and Thomas came up with is very much like what I developed at the GSD with my students, this kind of cloud-like, sponge-like, three-dimensional interior urbanism," he says.

"Here we have a large number of people cooperating in an intricate division of labour," he adds. "Every space communicates with every other space. That's the kind of vision of an architecture that I want to deliver."

This movie was filmed at the Architectural Association in London by Dezeen. All images are courtesy of Zaha Hadid Architects, unless otherwise stated.

Following Hadid's death in March, Schumacher and a host of other leading architects including Bjarke Ingels, Richard Rogers, Norman Foster and Daniel Libeskind paid tribute to her in our memorial video, which we produced in collaboration with Architizer.