South Korean studio Shinslab Architecture sliced off one end of a rusty old ship and turned it upside down to form this installation for the Seoul edition of MoMA's Young Architects Program (+ slideshow).

The huge metal structure creates an unusually shaped pavilion in the entrance courtyard of Korea's National Museum of Modern and Contemporary Art (MMCA), which has its main site in Gwacheon but has an outpost in Seoul.

Behind its rough and rusty exterior, the arching structure provides a public resting space filled with trees and plants.

Shinslab calls the project Temp'L. Its aim is to demonstrate how objects that have lost their function may still have value, and promote the beauty in utilitarian mass-produced objects.

"Temp'L is designed from the recycled steel parts from an old ship. It shows not only a beauty of structure, but it has also a recycling purpose" said the team, which is led by architect Shin Hyung-Chul.

"Any great cultural vestiges can lose their function. In the same way, a material can also lose its original value over time," they added.

"The fact that the destiny of cultural relics is to be dismantled, should make us reflect upon what we need to consider for future generations."

Shinslab was selected from a shortlist of five teams to create the installation for the 2016 edition of YAP MMCA, one of the four international offshoots of the MoMA Young Architects Program (YAP) contest. 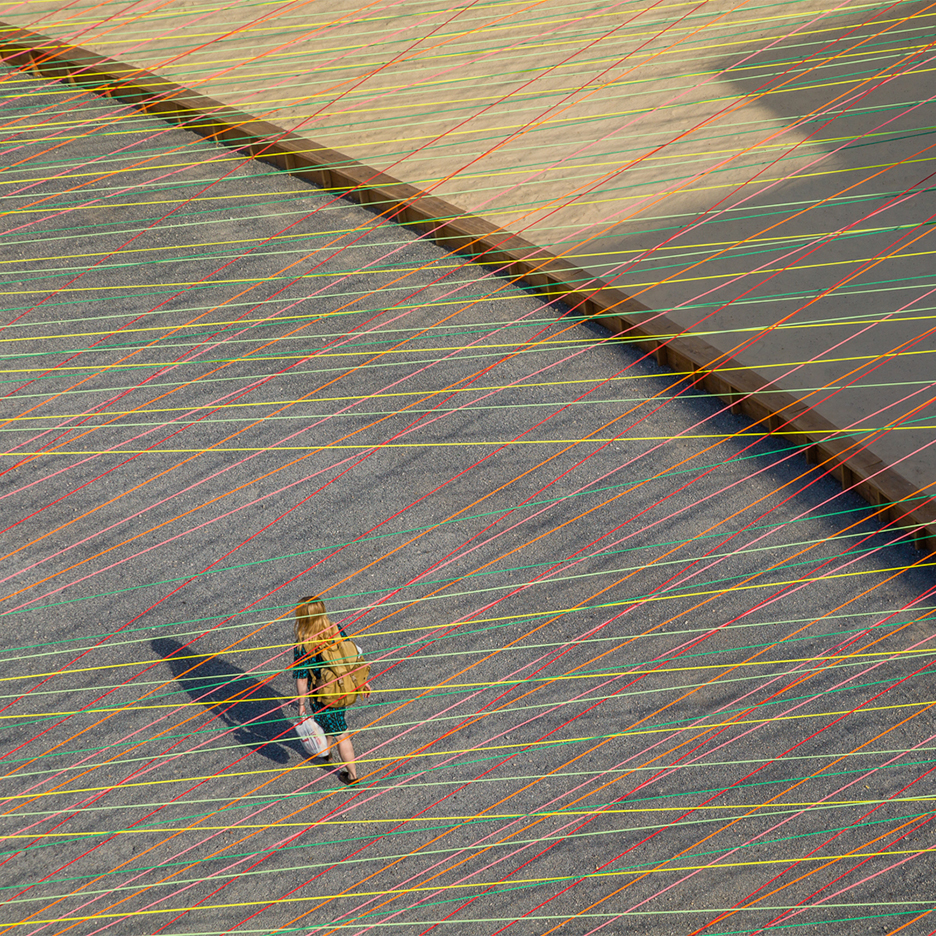 The architects chose to use the prow end of the ship, giving the structure a curved point at one end.

Externally surfaces are left raw, but all internal elements have been painted white. These include both the steel lattice that supports the body of the boat, and the newly added spiral staircase and balcony.

Round and semicircular openings create windows and doorways that match the existing portholes, while curved planters accommodate the added vegetation.

Viewed straight on, the structure is intended to evoke an architectural section drawing.

"The architectural section of the project is drawn through the process of cutting up the old ship," said the team. "The inside space is designed as an open area connected to a larger volume."

Now in its 17th year, YAP was initially established at the MoMA PS1 gallery in Queens, New York, to give emerging architects and designers an opportunity to build a major public structure. It is has since also launched in Rome, Istanbul and Santiago.

Popular past installations include HWKN's blue spiky air-cleaning sculpture and The Living's towers built from corn stalks and mushroom bricks.

YAP has been running in South Korea since 2014. Its inaugural edition was a field of mushroom-shaped balloons by architecture collective Moon Ji Bang, while last year's was an undulating roof canopy by Society of Architecture.

Photography is by Kim Yong-Gwan, apart from where otherwise indicated.

More from the Young Architects Program