Most Loved: Brazilian designer Humberto Campana explains why the Favela Chair is one the designs he is most proud of in the next movie from our exclusive video series.

Constructed from strips of wood seemingly nailed and glued together at random, Campana built the first Favela Chair in the early 1990s at his studio in São Paulo, Brazil, which he runs together with his brother Fernando.

"The first Favela Chair was produced near a fruit market, where there are plenty of slats of wood," Campana explains in the movie, which Dezeen filmed in Milan.

"I used glue and nails to connect one piece of wood to another with no rationality. The only rationality in that project was to construct irrationality."

Favela is the Brazilian word for a slum or shanty town. Campana explains that the chair was inspired by the resourcefulness of São Paulo's shanty dwellers, who live in homes constructed from whatever timber offcuts they can find. 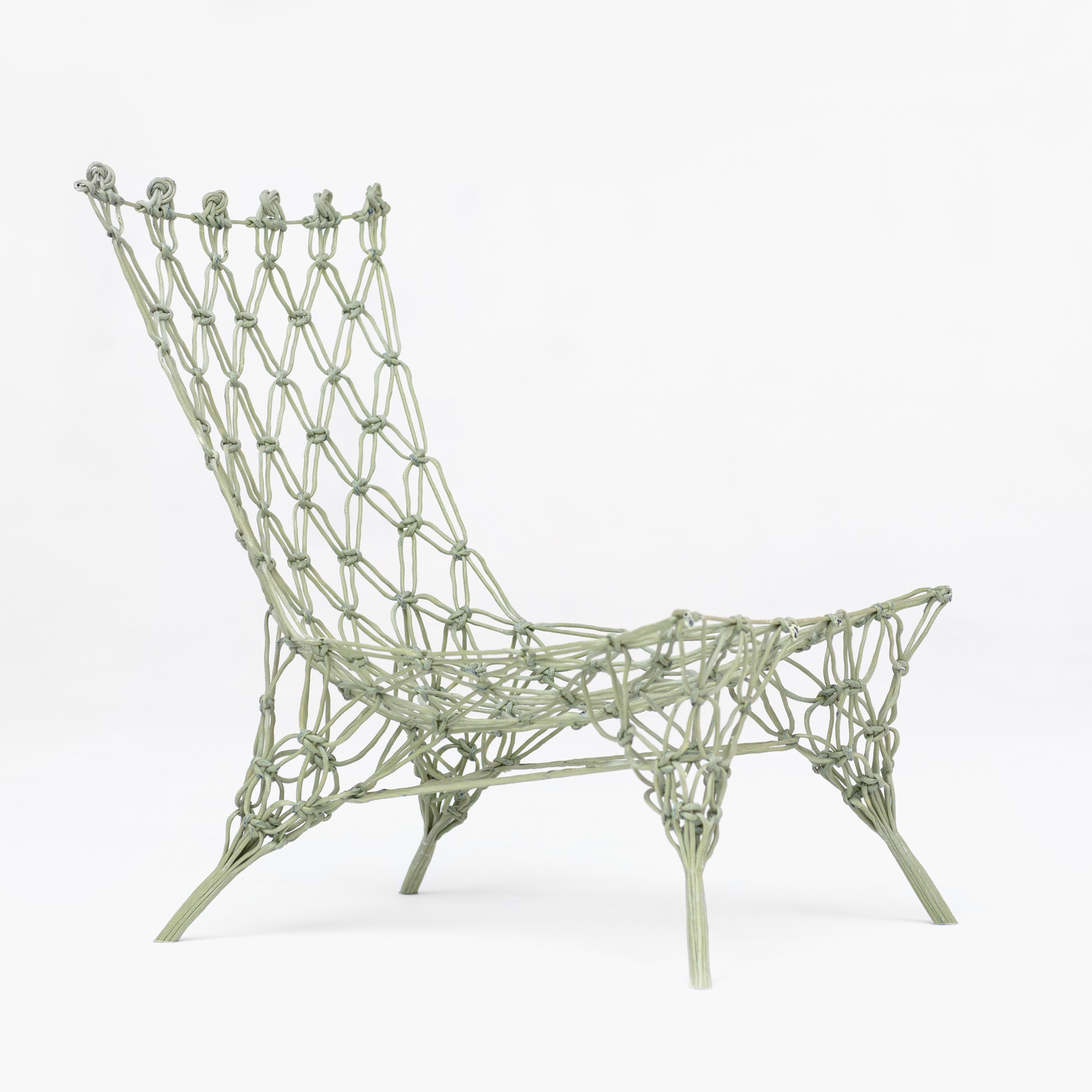 The Campana brothers are renowned for using off-the-peg materials such as wood, rope and even soft children's toys to create furniture.

The Favela Chair is one of their most famous designs and is included in the collections of museums around the world, including New York's Metropolitan Museum of Art.

Despite drawing from the street culture of São Paulo, the Favela Chair is not intended as an overtly political statement. Rather, Campana believes the chair has proven popular because of its simple materials and construction method.

In particular, he says the chair demonstrated that designers don't need access to expensive machinery or tooling to create highly successful products.

"The Favela Chair is one of my favourite pieces because it points out a way to construct a chair without so much technology," he says.

"It brings a message of hope – hope in the sense that anyone can produce this. This chair influenced a whole generation of young designers, which I’m very proud of."

Since 2002, the Favela Chair has been produced by Italian furniture company Edra. Handmade from strips of pine or teak, every chair is slightly different and takes over a week to produce.

Campana reveals that he taught Edra's factory workers how to produce the chair himself.

"It was interesting to teach the workers of the factory and I created a kind of workshop with them," he explains."Little by little, they started getting my philosophy."

This video interview was filmed by Dezeen in Milan. The Favela Chair was provided by Edra and shot by Dezeen in London.