Architecture studio Grimshaw has been selected to plan the expansion of London's Heathrow Airport as it pushes forward with its bid to build a third runway.

Grimshaw was selected ahead of Zaha Hadid Architects, HOK and Benoy to develop the £16 billion expansion plan for the UK's busiest international airport.

Described as "visionary" and "sustainable but affordable", its designs were praised for pushing "the boundary of what an airport could and should be".

Heathrow is battling with southeast London airport Gatwick for government approval to build an extra runway – now that the option for a new airport on the Thames estuary has been ruled out.

The UK's new prime minister Theresa May has previously opposed plans to expand Heathrow, as have a number of her recently appointed government ministers.

London mayor Sadiq Khan is also in favour of expanding Gatwick rather than Heathrow. 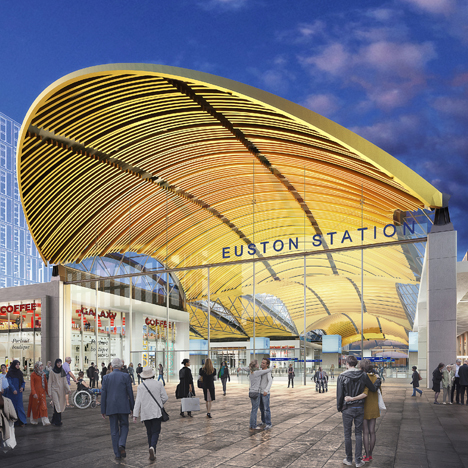 The appointment of Grimshaw – along with a team of consultants that includes engineering firm Arup and building contractor Mace – is intended to send a clear message that Heathrow is the "ready-to-go" option.

"We believe the expansion of Heathrow is vital to maintaining the UK's place within the global economy and we look forward to developing a design that provides an authentic and uniquely British sense of place," said Grimshaw partner Andrew Thomas.

"Our concept will deliver an outstanding passenger experience by building upon the airport's rich history, while also setting a new standard for the future of aviation."

"We are passionate about designing a new future for Heathrow Airport, setting a benchmark for sustainable infrastructure, skilfully integrated with the communities it serves," added partner Jolyon Brewis.

Nicholas Grimshaw's firm is fast establishing itself as a specialist in the transport sector, thanks to a stream of successful projects that include Bijlmer Station in Amsterdam, its Pulkovo Airport terminal in St Petersburg and the Fulton Center in New York.

Other projects underway include a new six-runway airport in Istanbul and a revamp of London's Euston station ahead of the arrival of high-speed rail.