"The work is oriented on the cycle of the lesser flamingos, their visual appearance, the functions of their body, the choice of their nest site, and their behaviour – which is adapted in the design in an abstract way," said Flick, a student at Pforzheim University's School of Design in Germany.

"I was also inspired by how flamingos filter their food out of the water, and so I drew parallels to how humans filter tea," she added. "That's basically how I came up with the idea to create a tea set. 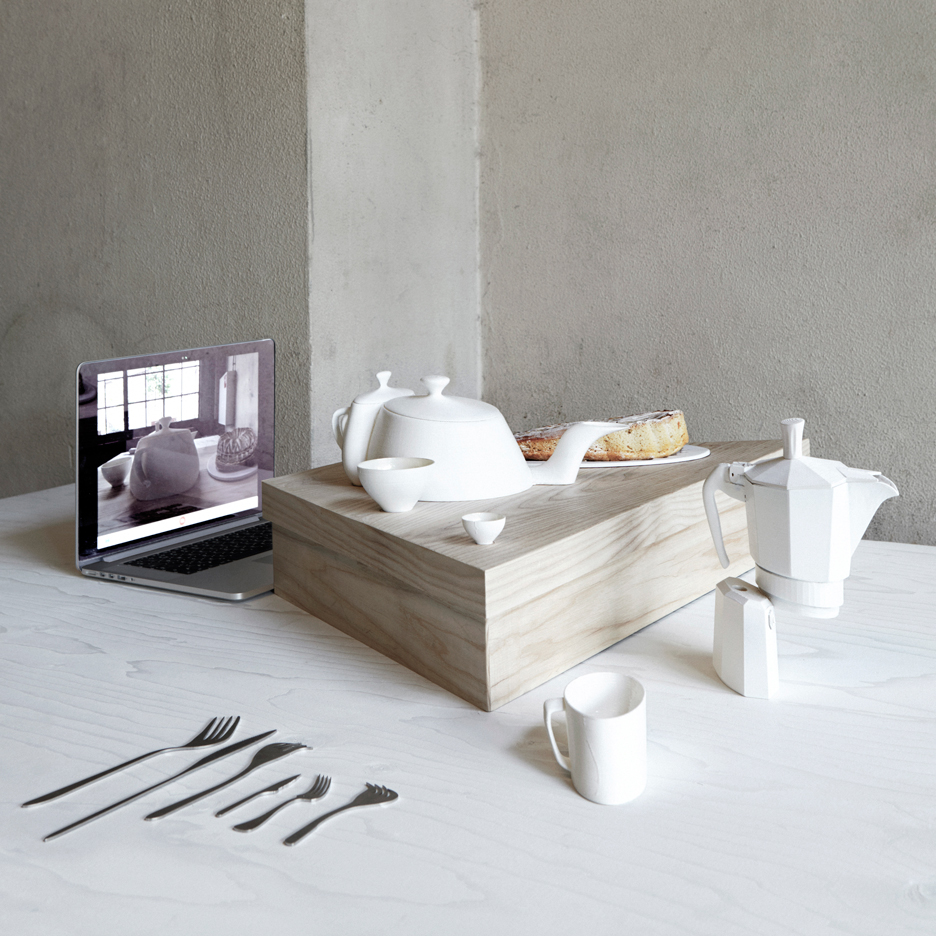 Each piece is created from slip-cast porcelain and coloured with pigments in soft grey and pink tones inspired by the colours of flamingos.

The sugar dispenser and creamer have a more spherical shape derived from the appearance of the chicks, whereas the teapot is based on adult birds and has an elongated shape. The cups are intended to represent flamingos' eggs.

Other designers who have created oddly shaped ceramics include US artist Nicole Nadeau, whose nipple tiles are moulded from her own breast, and Louisa Zahareas, who created a set of deformed tableware that only appears normal when seen on screen.