Kakuda aimed to make the Bake store in the northern Japanese city of Sendai look like a factory, creating a series of grey cast aluminium tiles to cover the entire space.

"I liked the cool and clean atmosphere of factories," Kakuda told Dezeen. "I design industrial products usually, so it seemed natural to design the tiles themselves, then use them to fill up the shop."

A wall completely covered in yellow serving boxes brings an injection of colour to the store, and is intended to reflect the company's branding. 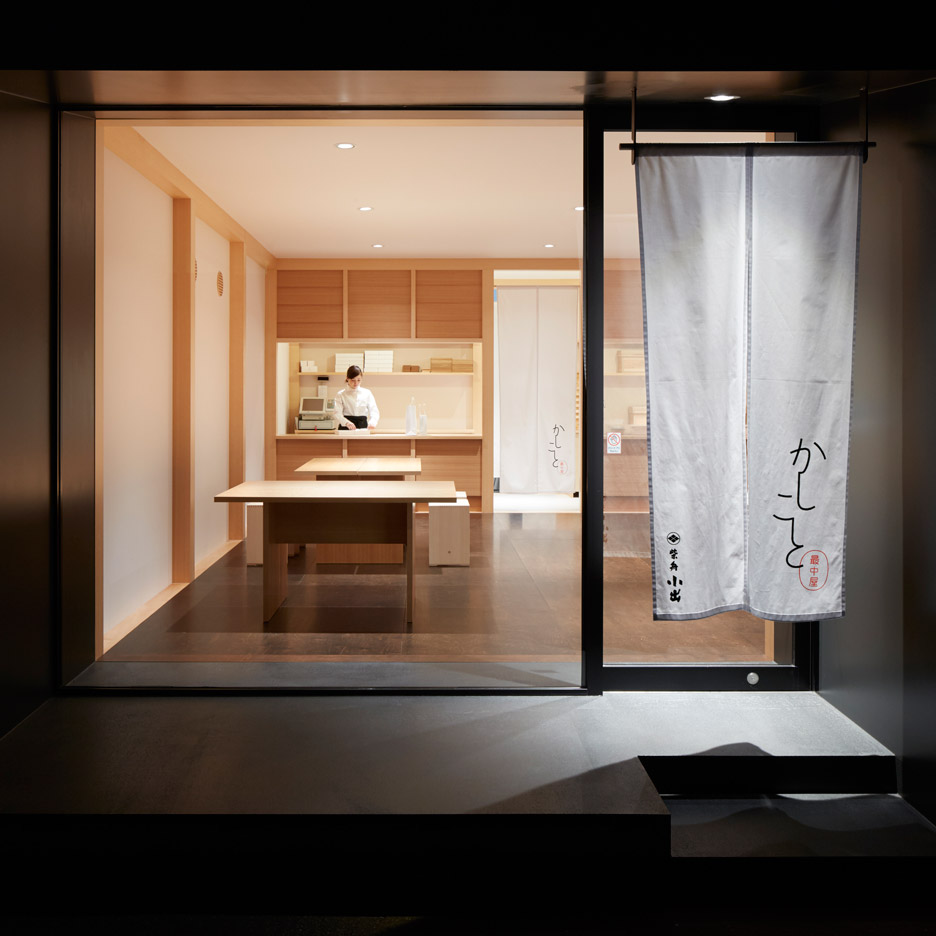 Cheese tarts are presented upon a large tiled table in the middle of the store, along with iPads that are used as tills.

Customers are able to see the tarts being freshly baked inside a glass-fronted oven, which is mostly concealed by a wall to keep the space looking minimal.

Kakuda moved to London in 2003 to study at the Royal College of Art. He returned to Tokyo in 2008 and joined Japanese brand Muji as a product designer before establishing his own studio in 2011.

His previous projects include a collection of wooden furniture that slots together without the need for screws or nails, and a collection of storage and display units for French brand Ligne Roset.