Swiss architect Jacques Herzog has declared his support for plans by the Chinese government to curb the number of flamboyant and "weird" buildings in the country.

Jacques Herzog – co-director of Swiss firm Herzog & de Meuron – said China's construction boom has allowed Western architects to use the country as a testing ground for projects that would not otherwise be built.

But the architect behind Beijing's experimental Bird's Nest stadium said that it is time for the practice to stop. He supports plans by the Chinese government to ban "oversized, xenocentric and weird" buildings.

"I understand the Chinese government today when they say 'stop weird architecture'," said Herzog, "because many came there and just did things they couldn't do in the west."

"The stadium, for instance, we couldn't have done in the west – we always said that – but I think the stadium is a very, very serious attempt to combine contemporary aesthetic with very, very traditional ideas from China," he added.

Herzog made the comments during a panel discussion on Chinese architecture hosted by Asia Society Switzerland.

Artist Ai Weiwei – a collaborator on the Herzog & de Meuron's Bird's Nest stadium – was also on the panel, alongside art collector and former Swiss ambassador to China, Uli Sigg. 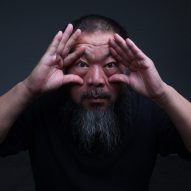 Herzog said the unusually shaped stadium he designed for the 2008 Beijing olympics was carried out in a different spirit to the "weird" architecture that has come under attack from Chinese president Xi Jinping.

"[The stadium] was a very serious way to try to do a basis for a new way for China to develop something. And I think this process has stopped," he said. "I see less latitude in this experimental freedom [now]."

He said the stadium was approved in part thanks to an Olympic committee concerned with appealing to a western eye for architecture, and that the recent call for more "Chineseness" in the country's architecture was natural.

"But it's not just China, the west has a similar behaviour and you can witness that also in the Soviet Union," he said.

"At the beginning, in the revolutionary phase when Constructivism was strong, they did the most amazing things, and as soon as power is established it's a return to Neoclassic language because that seems understandable and that seems reliable," he added. "That's ultimately bound to ideas of power."

During the panel, Ai Weiwei also commented about the current state of Chinese architecture.

He claimed that China's "fatalistic" approach to architecture is stifling creativity in the industry and that meaningful discussion is seen as a threat to the country's leadership.