Urquiola – who was appointed Cassina's art director in late 2015 – created a colourful interior intended to reflect the personality of the design capital.

"The hotel reflects the city through its colours, materials, images, irony, the mix of different languages and also its rigour."

The hotel, the Room Mate group's third in Italy, is situated in a late 19th-century building across from Milan's famous Piazza del Duomo.

The Duomo's pink marble is another key influence on the interior, which features the material in its lobby. This space also showcases traditional terracotta bricks from Lombardy, wrapped around a curved wall to create a tridimensional effect. 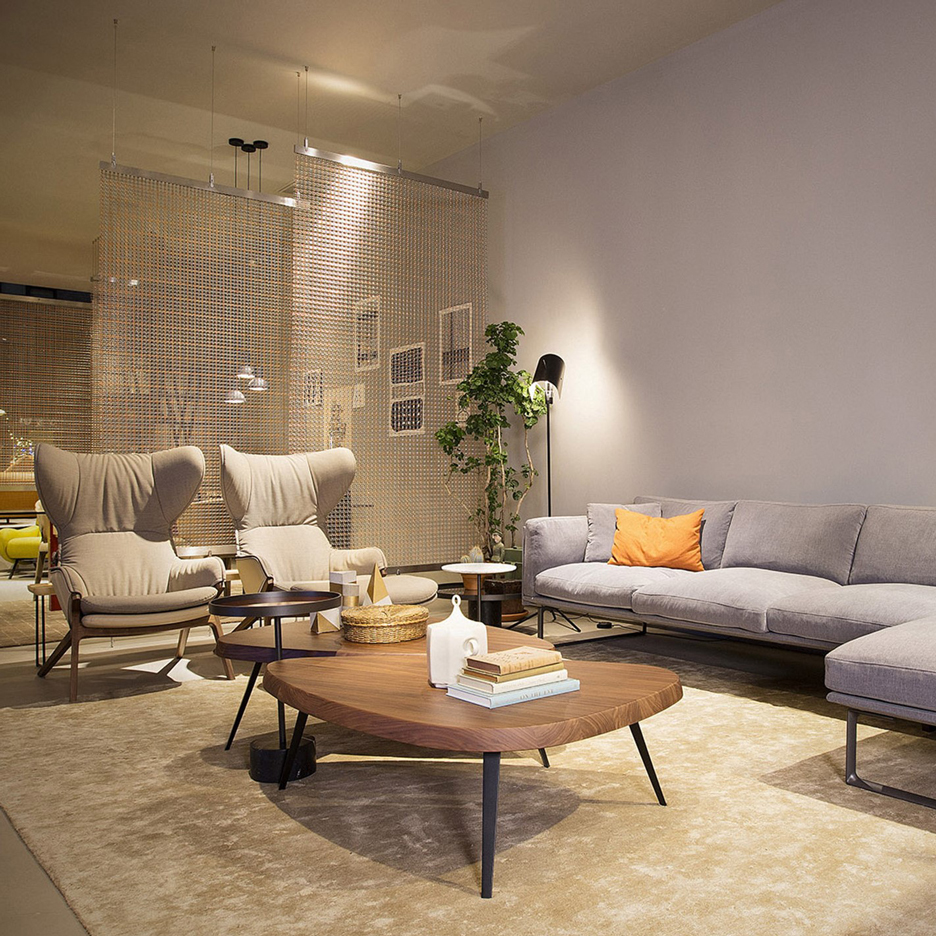 The hotel's 85 rooms are designed to have a homely, vintage feel. As well as Cassina furnishings, the spaces spotlight artworks by Milanese artists.

They also have white ceilings with a geometric grid pattern – a reference to the city's graphic arts. This feature extends onto the upper part of the walls, which are painted in muted shades like moss green and duck-egg blue.

"[Room Mate] have given me complete freedom, as they are not afraid to make a difference," said Urquiola.

Since taking over as art director in September, Urquiola has revived the Cassina brand, which was purchased by Poltrona Frau in 2005 and now sits under the Haworth umbrella.

She released an updated version of Cassina's Utrecht armchair, designed by Gerrit Rietveld in 1935, upholstered in a colourful, geometric textile by Dutch designer Bertjan Pot.

She also revamped Cassina's showroom in Midtown Manhattan and released a new collection of products that referenced the brand's 90th anniversary.