This monochrome house in the Spanish town of Mora appears split in half by a narrow recessed entrance, which extends from the street to a garden and pool at the rear (+ slideshow).

Madrid studio OOIIO Architecture designed Casa ARM to complement its low-rise neighbours on a quiet street in the town, which is located in Spain's Toledo province.

The building is made up of two mono-pitched volumes with black tiled bases, which are joined by a recessed hallway with a flat roof.

The blocks sit parallel to each other but their positioning between the front and back of the site is staggered to make the most of the available light.

A chimney-shaped protrusion also runs the length of one of the blocks and incorporates a clerestory window.

"Casa ARM is a game of extrusions and sections, catching the natural sun light," said the architects.

"We understand this project as an exercise to get a good house that is inexpensive and functional in a large enough plot, and able to achieve all of the client's brief in only one level."

The hallway connecting the two parts of the house extends from the recessed entrance to a door leading to the garden. Further flat-roofed areas on the opposite side of the site cover the garage and a laundry. 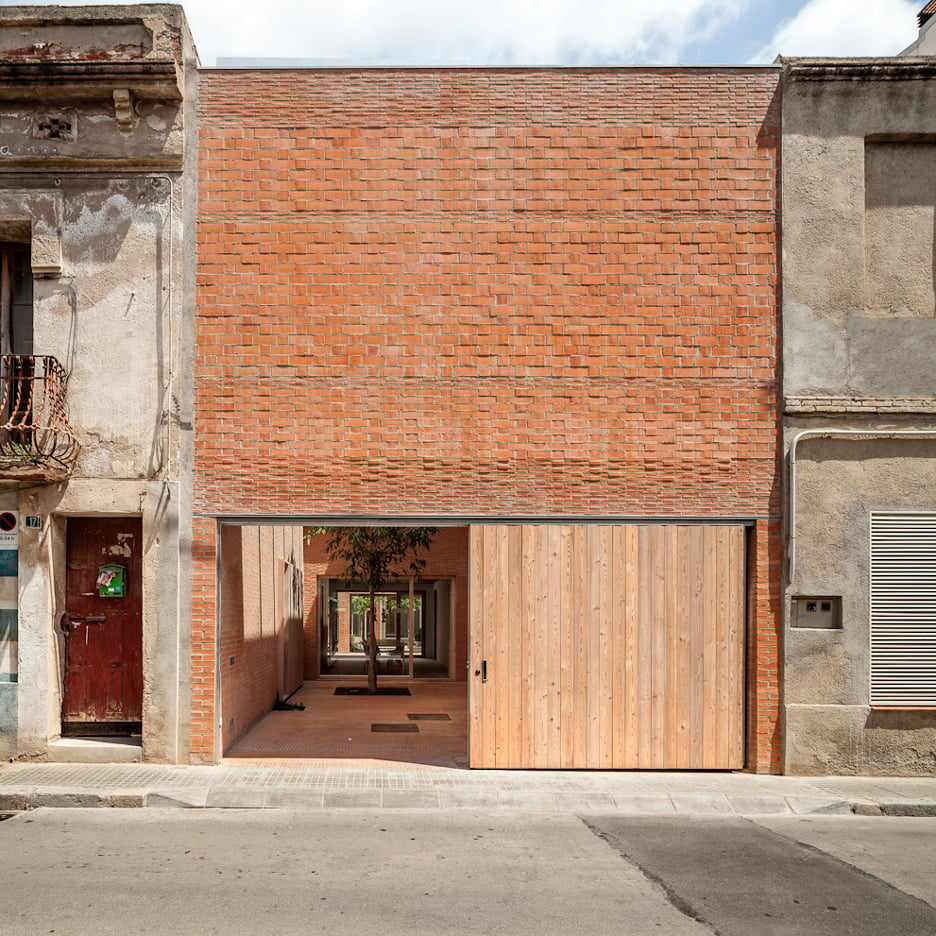 The shorter of the building's two wings contains the main living room, along with a dining space and a library.

Windows and clerestory glazing provide plenty of natural light to this space, which can be divided up using moveable partitions.

The longer section of the building accommodates three bedrooms, and a kitchen at the rear that opens onto a large patio connected to the garden and pool.

Because the building is single-storey, the architects were able to specify a low-tech building method that reduced the time and cost of construction. They added additional insulation to keeps the house cool in summer and warm in winter.

OOIIO Architecture, which was founded by Joaquín Millán Villamuelas in 2009, has previously completed another house in Mora featuring irregularly stacked blocks clad in varying types of stone.

Photography is by Eugenio H Vegue and Francisco Sepúlveda.