Canadian firm Diamond Schmitt Architects has announced the construction of a concert hall dedicated to American musician Buddy Holly on what would have been his 80th birthday (+ slideshow).

The Buddy Holly Hall of Performing Arts is to be built in Holly's hometown of Lubbock, Texas, where he was born Charles Hardin Holley on 7 September 1936.

The rock-and-roll musician shot to fame with tracks including Peggy Sue and That'll Be the Day, before he was killed in a plane crash in 1959, aged 23.

Diamond Schmitt Architects has designed the building as a tribute to the artist, and to fit into its setting on the Llano Estacado desert plains.

"The building is very much meant to be a special place on the landscape and is heavily shaped to local conditions, including the need to reduce solar gain and provide shaded outdoor space," said project architect Matthew Lella. 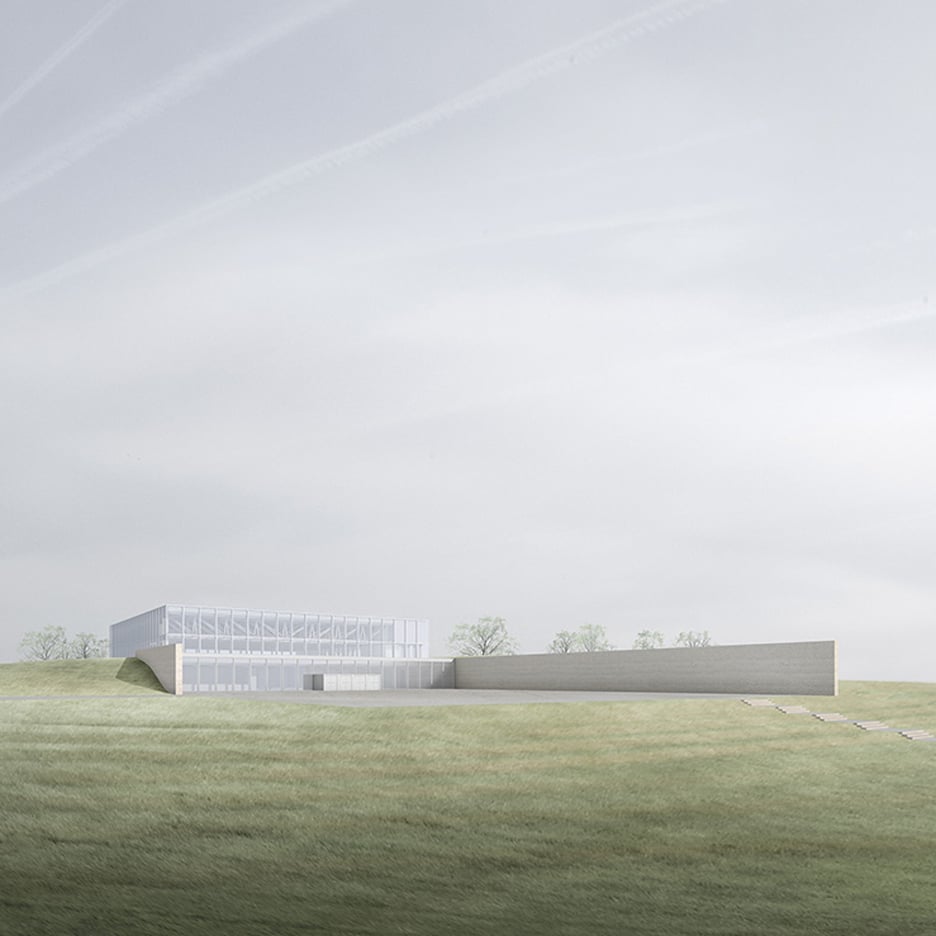 A generous lobby space is also designed to host performances. "Either for pre-show entertainment or programming outside regular theatre hours helps activate the space as a destination throughout the day," Lella said.

The main auditorium will sit in the tallest section at the centre of the building. Its lower tier of sloped seating will be removable so that the venue can also accommodate standing room for concerts.

The rest of the structure will wrap the outside of the central volume and extend at one end to form an entrance canopy.

"The fenestration has allowed long, horizontal views to the landscape to capture the beauty of the sky, which seems to go on forever and is continuously changing colour and mood," said Lella.

"The long shallow slope on the main roof at the entrance is inspired by the angle of repose of the local soil."

Brick will clad the lower volume, while metal panels will feature higher up to reflect the sky.

A replica of a 200-foot (61-metre) telecommunications tower will be installed on the site as a light sculpture, forming a beacon for the performing arts centre. 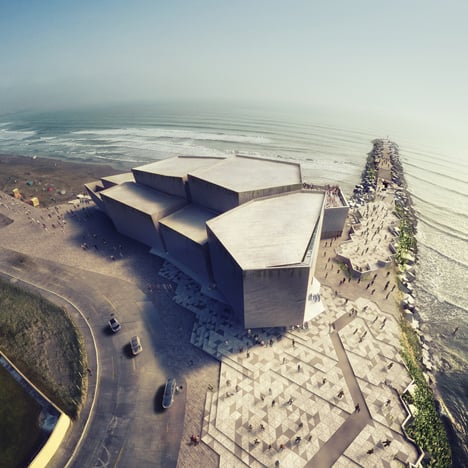 The project is spearheaded by the Lubbock Entertainment and Performing Arts Association (LEPAA).

"Buddy Holly Hall will be a world-class performing arts facility whose design beautifully captures the essence of the West Texas landscape and heritage," said LEPAA board chairman Tim Collins.

Construction on the privately funded building, expected to cost $125 million (£93 million), is predicted to begin this autumn.

Other recently completed concert halls around the world include a cavernous venue in Poland constructed from crushed brick and concrete, and the Philharmonie de Paris – which was disowned by its architect Jean Nouvel.

Renders of Buddy Holly Hall are by Cicada Design Inc.