These cylindrical towers were designed by OMA's New York office, lead by Shohei Shigematsu, to echo sounds made by mourners during a performance by artist Taryn Simon (+ slideshow).

An Occupation of Loss opens today at the Park Avenue Armory, beginning a two-week show created by Simon to consider the "anatomy of grief".

Each night 30 professional mourners from around the world will occupy the 11 hollow concrete structures, which were designed to amplify the voices and sounds that will come from inside.

"The design was sonically motivated, focusing on the performative act of loss rather than its physical manifestation, which has been historically marked by multiple scales – from tombstones to the World Trade Center Memorial," said OMA New York's lead designer Shohei Shigematsu.

"The industrial wells were configured into a readymade ruin that responds to both personal and monumental dimensions." 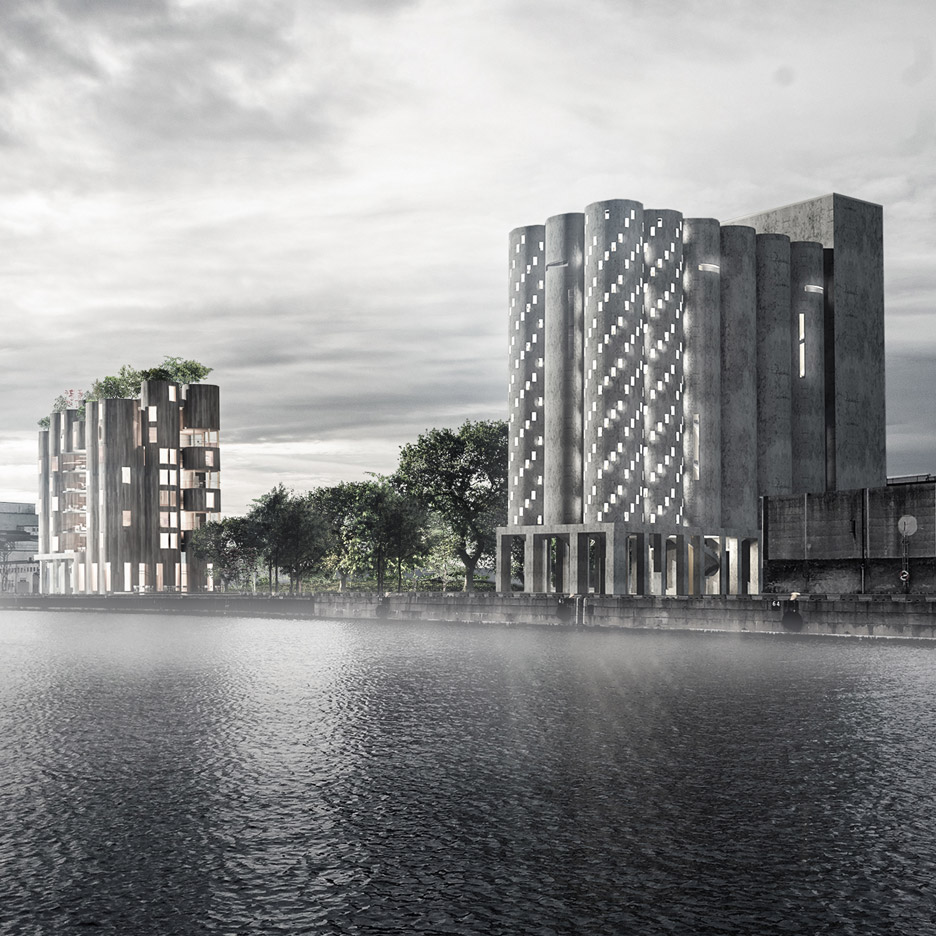 Laid out in an arc at the centre of a vast hall, the wells measure 45 feet (13.7 metres) in height and are composed of eight stacked, industrial concrete rings.

Each has a small opening in its front, accessed by a low ramp.

The structures are modelled in part on the circular, raised structures built by Zoroastrians – members of one of the world's oldest religions, which dates back to the early second millennium BC in Iran.

Their purpose was for exposing dead bodies to carrion birds.

"Like Zoroastrian 'towers of silence', the installation makes explicit the never-ending human need to give structure to death in order to understand it," said Park Avenue Armory.

As well as the evening performances, which will include laments from Albania to Venezuela, visitors will be able to climb inside the towers and make their own sounds over the top recordings of the mournings.

An Occupation of Loss in on view at the Armory from 13 to 25 September 2016, before moving to Artangel in London next year.

The New York offshoot of Dutch firm OMA has also recently revealed plans for a skyscraper in Tokyo and designed this year's Manus x Machina exhibition at the Metropolitan Museum of Art.