Stuttgart architecture studio Metaraum has completed a bus station in the German city of Pforzheim, featuring curving canopies that swoop up and over waiting areas (+ slideshow).

The Pforzheim Central Bus Station sits adjacent to the city's main railway station and forms part of a masterplan aimed at improving traffic flow and raising the architectural quality of the area.

Metaraum's organic design for the bus station references the rounded form of a canopy extending from the front of the neighbouring station building, which was completed in 1958 and designed by architect Helmuth Conradi to replace a 19th-century terminus destroyed by bombing during the second world war. 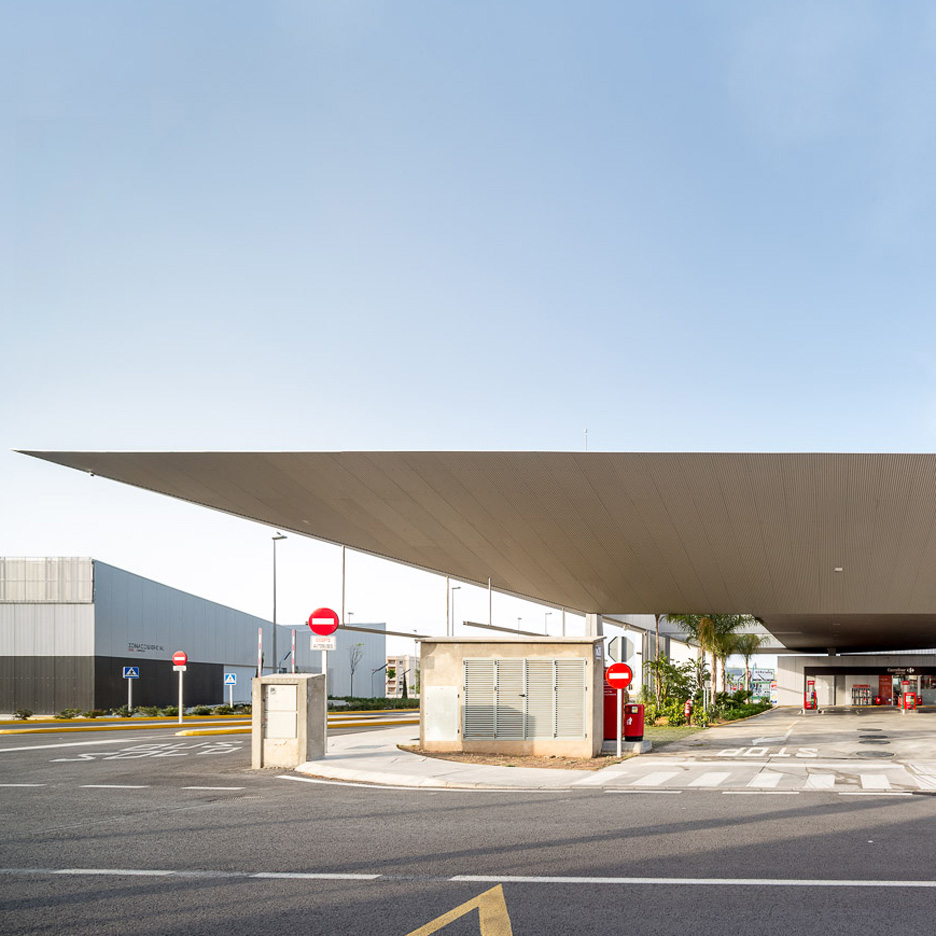 "Situated just the right distance from the main station, the new bus station appears as an extension of the historical building," said Metaraum.

"[It's] a to-the-point urban marker, which breathes new life into what was an inhospitable area to the east of the station building."

A new road layout directs buses towards a row of lanes sheltered beneath three expansive roofs. Each of the structures is shaped differently, providing both shade and protection from rain to the platforms below.

"The roofscape of the new bus station forms an unstructured area between the railway station and flyover, and a new modern mobility hub within a high-grade urban space," the architects added.

"Instead of a monotonous sequence of roofed platforms, what emerged is an urban space as an authentic 'venue' boasting high recognition value."

Reaching up from the ground on the side lining the edge of the railway, the seemingly delicate and lightweight roof shells define different areas. Their separation helps to reduce the overall visual mass.

The curved forms of the canopies are also intended to evoke the arcs traced by vehicles in motion. Sweeping lines separate the irregularly shaped panels visible on the undersides, accentuating the dynamic aesthetic. 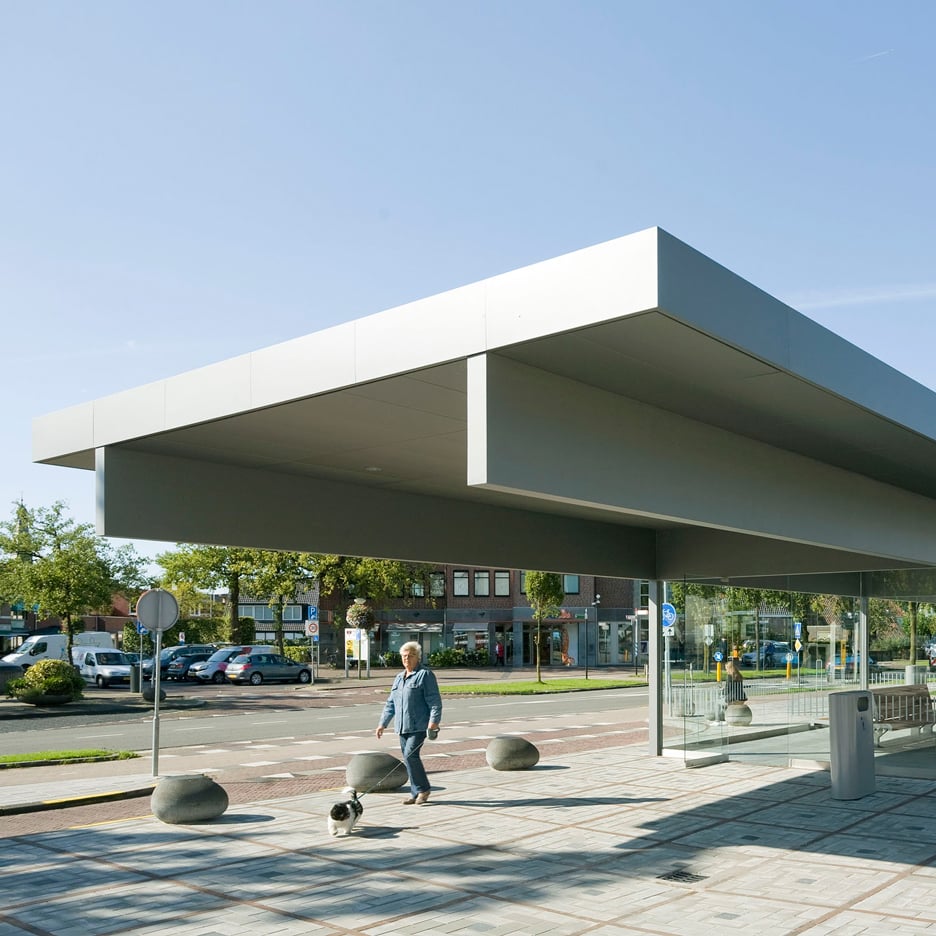 The roof shells are interrupted by apertures that enable natural light to reach the platforms, as well as providing views of the sky and constantly shifting patterns of light and shadow on the ground.

Openings in the sides frame views of the train tracks.

The columns feature internal cruciform reinforcement that transitions into funnel-shaped upper sections to enhance the structure's stability and durability.

Functional elements including signage, clocks, seating and passenger information systems are grouped together in clusters and arranged linearly along the platforms to enhance visual clarity and aid navigation.

At night, a range of lighting solutions provides direct, indirect and effect lighting, including a coloured band that highlights the edges of the canopies and emphasises their fluid forms.

Uplighters attached to the columns flood the undersides of the canopies in a uniform glow, while focused lighting is directed from the roof onto the platform areas where it is most needed.

Similarly, a bus station in Santa Pola, Spain, features a huge metal roof that tapers to form very thin edges, while concave and convex roofs resembling sheets of fabric cover a group of bus shelters in the Dutch city of Rotterdam.