A giant inflatable environment by Spanish architects DOSIS is to be blown up in an east London park to host a day of piñata making and film screenings (+ slideshow).

The structure called Second Dome will be pumped full of air to maintain its bulbous form. The plastic enclosure has a bright yellow base, while the upper is transparent and covered in matching yellow polka dots.

It was designed by Madrid-based studio DOSIS, which is run by husband-and-wife team Isabel Collado and Ignacio Peydro.

"Pneumatic structures are unique  – no other type of structure can be assembled so quickly and also have the capacity to span large areas with a thickness of less than a millimetre," they said.

"It is a technologic artefact that automatically responds to wind and pressure and that needs extremely low quantities of energy for fabrication and assembly." 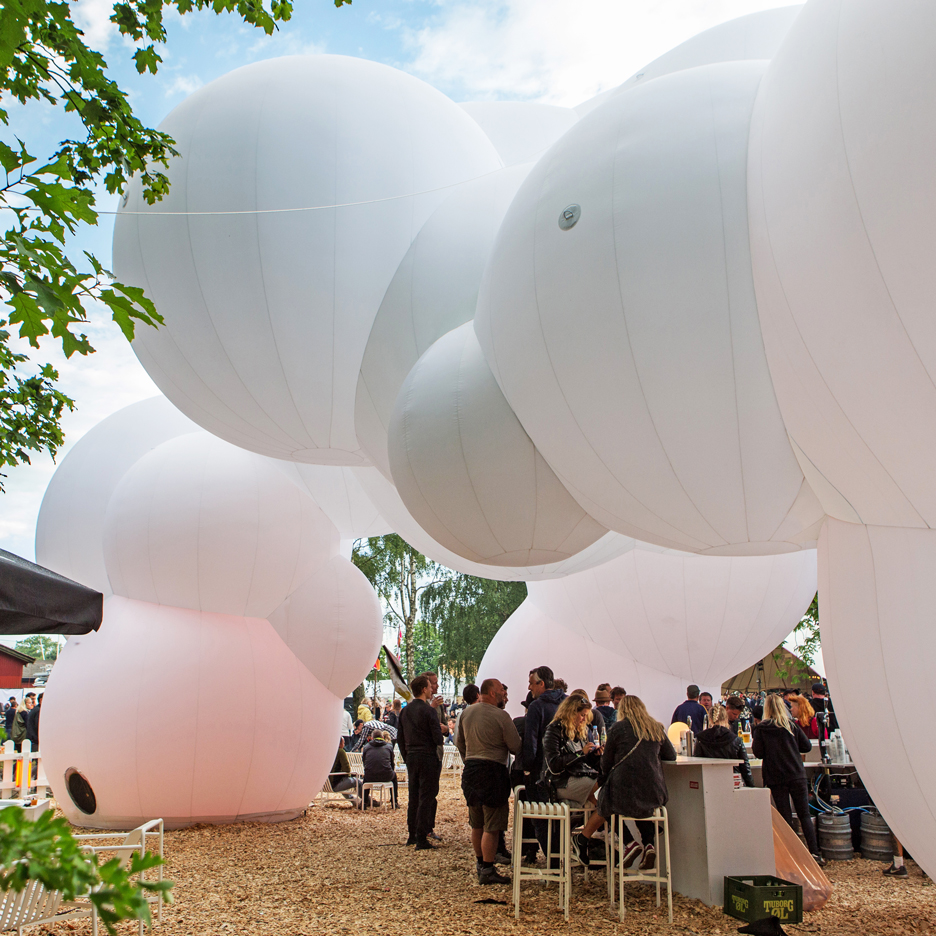 The space is intended to be reconfigurable, transforming from a single 65-square-metre pod into a multi-chamber structure measuring over 400 square metres in just minutes.

The structure will now travel to a number of different settings across London.

Its first stop will be in London Fields on 1 October 2016, where it will host a day of free events ranging from film screenings to piñata-designing and animation workshops.

"Second Dome is such a playful space, and shows how our urban areas can fire our imagination and can make it possible for people to come together in new ways," said Sam Aldenton, who co-founded Second Home with Rohan Silva in 2014.

Second Home's primary offices are based in a former carpet factory in Shoreditch, east London, which was extended with a vibrant orange seating tunnel by Selgas Cano in 2014.