The German design brand's Water Experience was created for the designjunction show in Granary Square – one of the event's four locations in London's Kings Cross during this year's London Design Festival.

Dornbracht's installation begins in one of designjunction's eight monopoly-style red houses. From here, the installation connects to four rectangular fountains across the square, which are each made up of a series of water jets.

Dornbracht worked alongside London-based design studio Bravo Charlie Mike Hotel to create a sequence of movements that sees the fountain jets project water into the air in a wave-like motion.

"We want to inform visitors about the impact of water and the power water can have in nature and in our day-to-day lives," said Dornbracht. "In nature, for example, you can see the different impacts of water, especially in the sea." 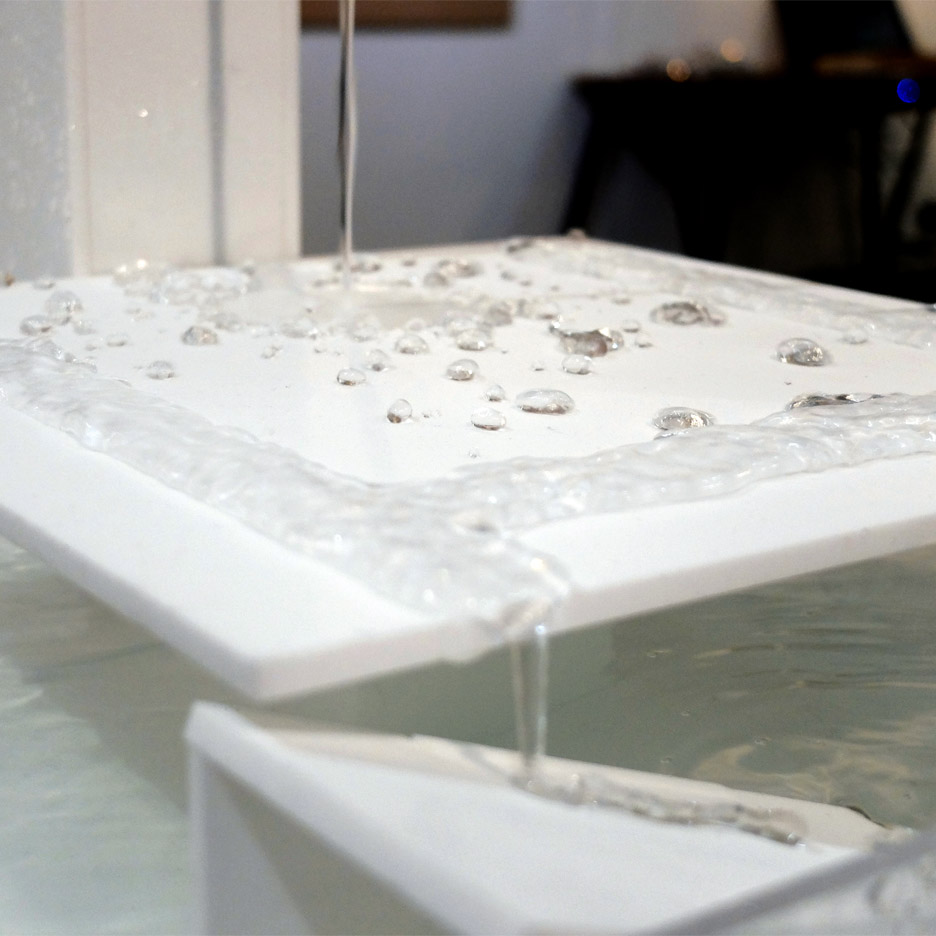 "If you are stood in front of the sea, you can feel the energy of stormy waves, or if the sea is calm, you feel the slow movement of the waves which gives a relaxing energy."

To heighten the atmosphere, the brand commissioned Wave Studios to create a synchronised soundtrack that is projected from eight speakers running alongside the main fountains.

"The sounds of the waves alone can make you feel the energy the sea gives," Dornbracht said. "Combining the sound of the sea into these feelings enhances the overall energy you as an individual take from it and the influence this has on your physical or mental wellbeing."

Dornbracht is known for its catalogue of design-focused water products, including the Sensory Sky shower that uses different rain modes and lighting to create "natural experiences".

The brand also produces a massaging shower and a foot bath.

Dornbracht will be located in their red monopoly house at designjunction from 22 to 25 September 2016 during the London Design Festival.