Unused patches of land in a densely populated area of the Thai capital have been transformed into a series of irregularly-shaped football pitches for local residents (+ movie).

The Unusual Football Pitch project is the work of property developer AP Thai, with help from digital agency CJ Worx.

The companies wanted create a space that could change the lives of young people in the Bangkok slum area.

"Teenagers in warren communities need space to express their creativity like other teenagers," said a member of the AP Team. "But their habitats are not suitable." 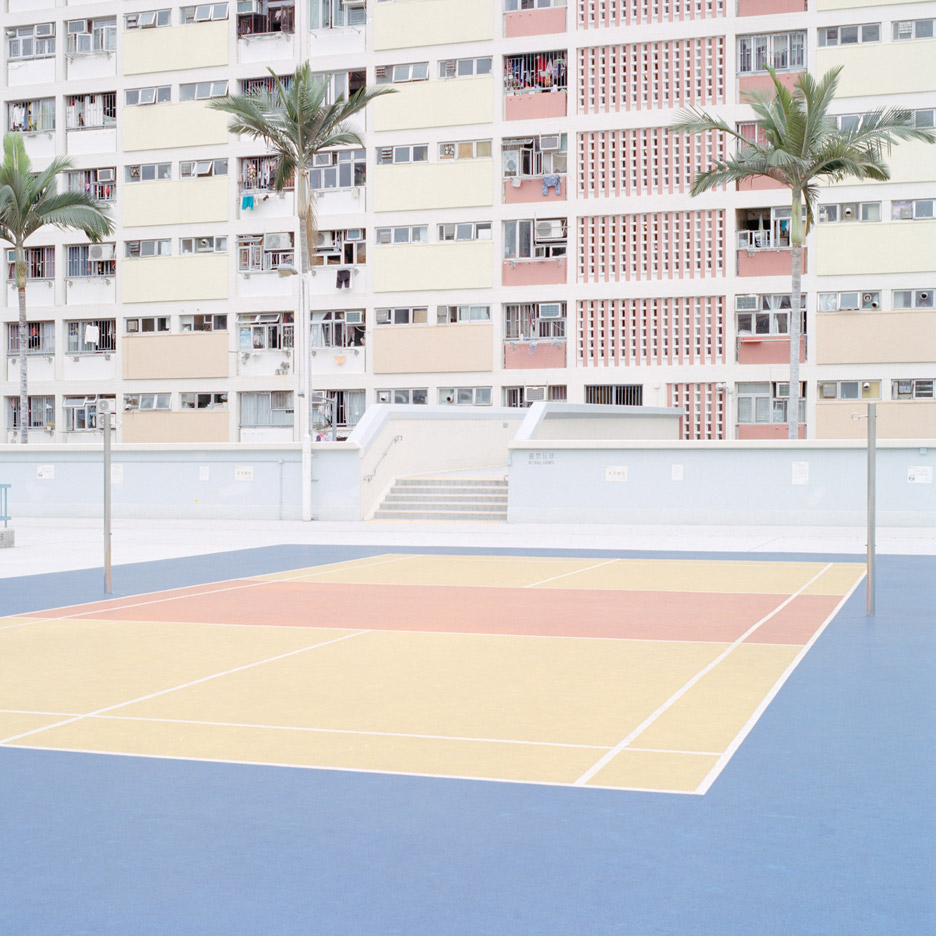 After seeing the wasted space in between residences, the teams spoke to the local community and brainstormed ways to utilise it.

They came up with concepts for four football pitches, which they claim are the first of their kind.

It was impossible to create traditional rectangular pitches – the four new playing fields had to adhere to the boundaries and limitations of the space. Shapes created include an L and a U.

"It's the first time the football field is not necessarily in the square," reads a statement on the AP Thai website.

Each space is painted in a brick-red colour, and features pitch markings in a contrasting grey.

Other examples of unusual court and pitch designs include a multicoloured court between a row of buildings in the 9th arrondissement of Paris, and a full-sized basketball court with motion-tracking and reactive LED visualisation technology built into the floor to help American basketball star Kobe Bryant teach young players.