Google has made a push for Apple's significant share of the smartphone market with the launch of its self-branded Pixel and Pixel XL.

The first phone to be Google branded on its rear, the Pixel addresses unpopular aspects of the iPhone, with features including "unlimited" storage and a new voice-activated Google Assistant.

The technology giant describes the Android-running Pixel phone, a successor to Nexus, as "the first phone made by Google inside and out".

"We've now decided to take the next step and provide our take on the best Google experience, by bringing hardware and software design together under one roof," said Brian Rakowski, Google's vice-president of product management.

"With Pixel, we obsessed over every detail, from the industrial design to the user experience." 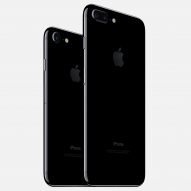 The company has previously manufactured the Nexus through partnerships with Huawei and LG. The Pixel and Pixel XL will be manufactured by HTC but designed in-house at Google.

Google launched the phone alongside other new products, including a connected Google Home device and the smartphone-compatible Daydream VR Headset.

The new products suggest an attempt to turn around Google's pitted history with hardware. The company recently shelved its ambitious modular smartphone Project Ara and Google Glass headset after years of development and publicity.

With Pixel, Google is overtly targeting Apple users who may be dissatisfied with the newest iPhones, unveiled in September to a mixed reaction from consumers and critics.

Launching the product at an event yesterday, Google referenced the Apple iPhone's "storage full" notification, a common sight on the screens of users.

The smartphones are available with either 32 or 128 gigabytes of internal storage.

Both come with Google Assistant, a successor to Google Now that the company promises will respond to more natural conversation.

The smart assistant responds to voice commands, performs actions and serves notifications based on a user's habits.

Pixel has a 12.3 megapixel camera with an f/2.0 aperture. Google claims it is the highest rated phone camera, with a 89 DxOMark Mobile score.

The company also says the phone battery will last all day and charge fast — as much as seven hours in 15 minutes.

The Pixel has a five-inch screen, while the Pixel XL's is 5.5. They come in either silver, black or blue.