Colombian-Ecuadorian filmmaker Alejandro Landes has completed his first built project: a tropical-modernist mansion in Miami that is currently among the city's most expensive residential properties.

Landes, who briefly swapped movies for architecture last year, envisioned the house as a "framework for living". He originally built it for himself and his family, but put it up for sale six months later.

Its minimalist concrete structure allows the interior spaces to be completely open to the outdoors.

"In Casa Bahia, I tried to do what I do as a filmmaker: frame life and time in a way that connects the outside with what's inside," the artist explained.

The ground floor of the residence sits beneath an expansive concrete plinth that wraps around the house. This elevated plane serves as a deck for the floors above.

According to Miami's strict construction code, properties by the water must be raised to avoid flooding.

Landes took this as an opportunity to create a vast shaded lounging area on the ground floor. 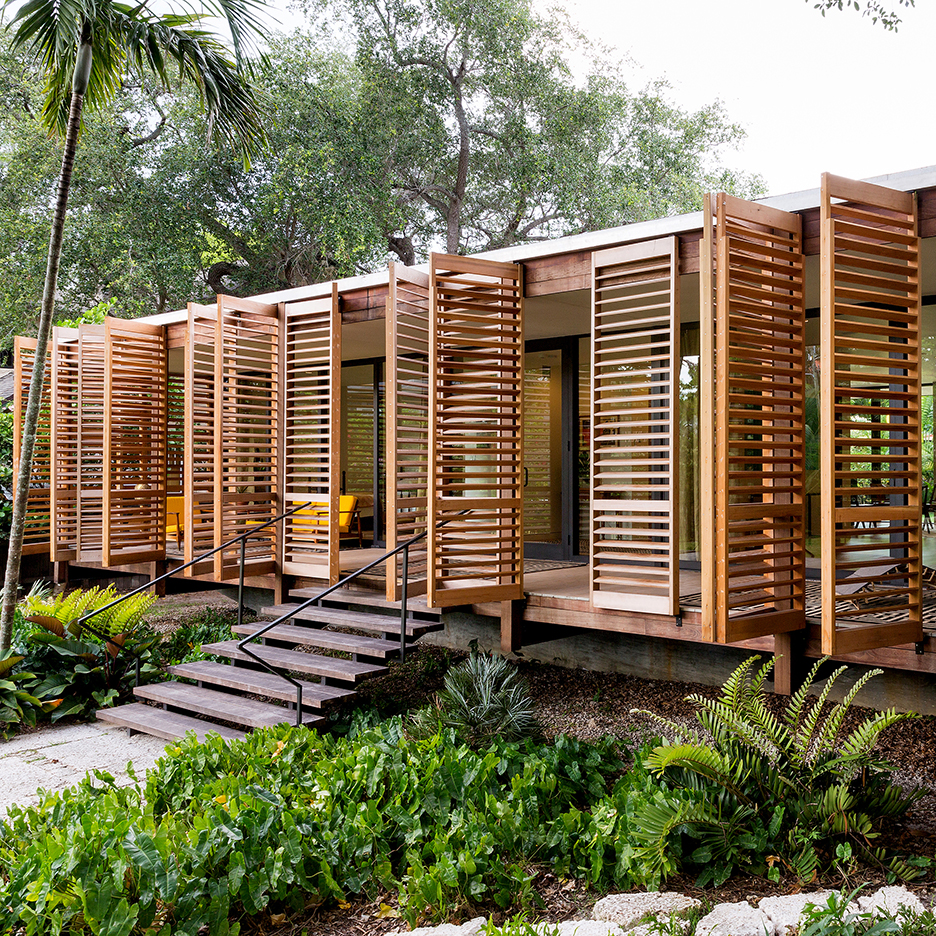 It features reflective pools and carefully chosen finishes that complement the landscape.

From this area, a dramatic white staircase slopes gently up to the house's main living area, where a double-height living space serves as a gathering point for residents and their guests.

This expansive room enjoys direct access to a deck that extends the home outside.

The top storey contains more intimate spaces, including a standalone suite that contains its own kitchen and amenities.

The house was designed with bespoke, minimal furnishings and finishes.

"There is a narrative woven through Casa Bahia in the way each stone has been laid, each artisanal fabric has been sewn, each piece of reclaimed wood has been carved," said Landes.

"Only things made well can be laid bare to reveal their essence."

The interiors are by Landes' mother, Catalina Echavarría, whose practice as a designer influenced the filmmaker from a young age.

"Having been raised by a prolific, inspiring designer like my mother, I spent a lot of after-school hours on construction sites," he explained.

"I'm drawn to noble materials that reveal their inner characteristics — there is emotion there."

Tropical modernism is a popular aesthetic in hot and humid climates such as Miami's. Other examples of projects that have embraced the style include a low-slung residence that is sheltered by a facade of wooden shutters and a rainforest retreat by São Paulo-based studio MK27.