This single-storey house in the Australian countryside was designed by architect Rob Kennon with a sheltered veranda around the outside and a courtyard at its centre.

Goulburn Valley House is located on the outskirts of a small town in the north of the state of Victoria. Its plot is elevated slightly above the flood plain of a working farm and offers little in the way of shade.

Locally based Rob Kennon developed his design proposal in response to the open and exposed plot, creating a looping form. The roof extends out beyond the walls to meet a colonnade, helping to shelter the facades from direct sunlight.

The house also surrounds a courtyard, which is overlooked by the main living areas in the northern part of the building and a corridor connecting the bedrooms on the opposite side.

"The courtyard is more an outcome of trying to bend the house around itself, rather than that of a punched hole," said the architect. 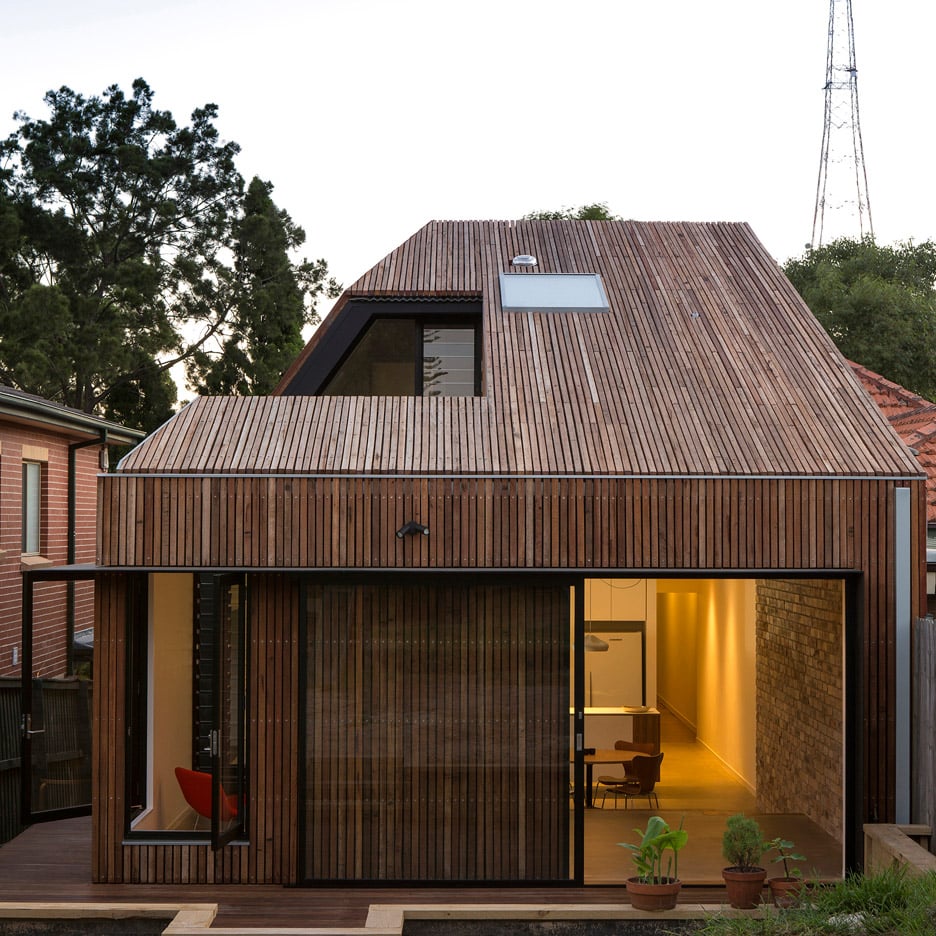 "It provides a connection between all of the internal spaces, a counter-balance to the open plains around it, and ensures cross-ventilation."

It is connected to the rest of the house by an open-air room on one side of the courtyard, and a study on the other.

The outdoor room can be turned into a comfortable extension of the main living area by closing a sliding fly screen, or fully incorporated into the interior using sliding doors on either side.

"Though zoned, the house is more about controlling the connection between spaces rather than separating them," Kennon added.

"In an aim to encourage unexpected interactions, every opportunity has been given to occupants to explore alternate paths within the plan."

The family can enter the building from multiple points, and can traverse the courtyard on circular stepping stones to move between rooms positioned around its perimeter.

The outdoor room also connects the living space with an extended area of the verandah containing a circular sand pit and dining furniture.

At the southern side of the house, the roof canopy extends to meet a car port and storage block which are separated from the main building. The continuation of the roof ensures a physical and visual connection between the structures.

Brickwork used to clad the exterior is applied inside to provide a consistent visual element. A subtle cement render softens the brick surface, creating a warmer feel that is complemented by the texture of the cork flooring.

Other exposed materials including plywood joinery contribute to the house's modern yet rustic look. Details including dark laminate surface add tonal contrast, while a peg board provides a surface for play in a space adjoining the outdoor room.