Exhausted parents can stay in bed while this bassinet designed by Yves Behar rocks their babies back to sleep with a "womb-like motion" whenever it hears them cry.

Described by its makers as the world's first smart sleeper, the Snoo crib has microphones, speakers and sensors embedded into its structure.

When it detects noise and agitated movement, the bed's gentle rocking movement speeds up until its occupant drifts off back to sleep – meaning parents don't have to rise.

"Snoo is often able to calm even the worst crying jags and help babies fall asleep," said Behar, who has designed internet-connected products that range from a smart thermostat to robotic furniture that reconfigures tiny apartments. 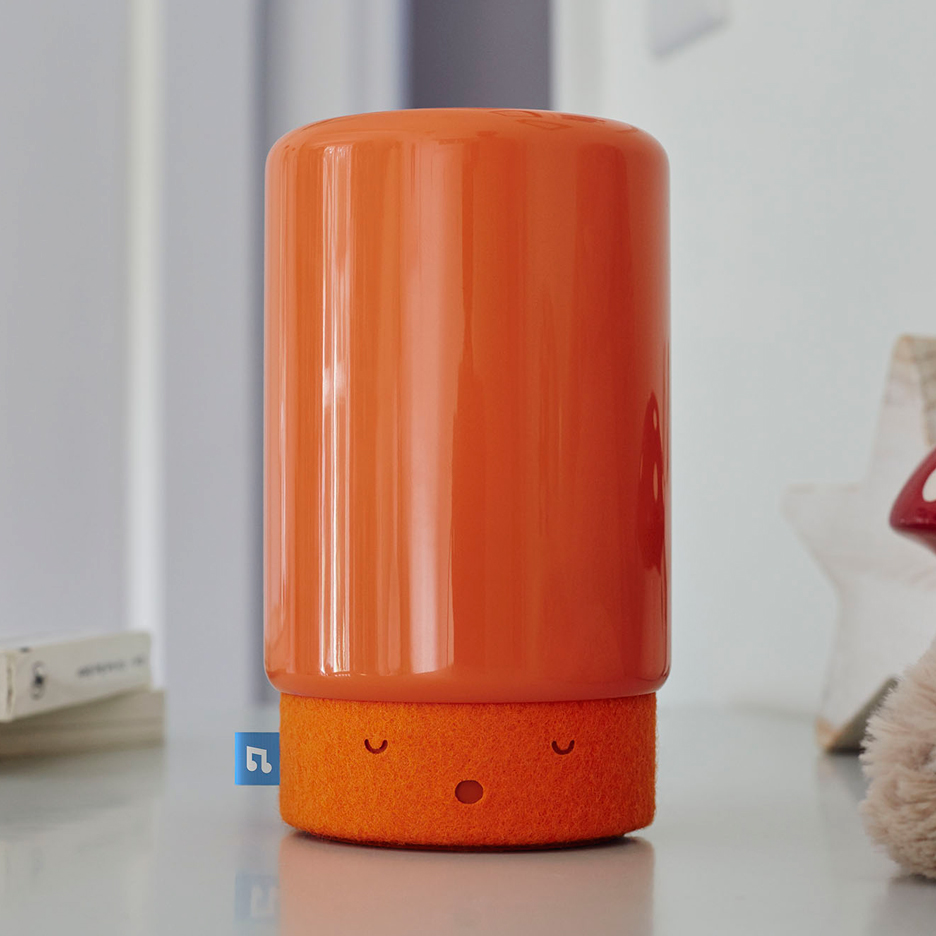 The California-based designer brought his own experience of sleepless nights as a parent to the project.

"As a father of four children, I am intimately familiar with sleep deprivation," said Behar. "It is more than a burden – it can quickly become a health problem for both parents and the baby."

Snoo comes with an app that lets parents monitor and review their child's sleep patterns. The data is collected and sent to their smartphone or tablet using a Wi-Fi connection.

The product is the result of a five-year design process, during which Behar and his studio Fuseproject worked with Harvey Karp – who wrote a book called The Happiest Baby on the Block.

The lozenge-shaped crib has white textile mesh sides that allow air to flow through. The mattress sits within a wood surround, which in turn is supported by thin, hairpin-like legs.

The crib's height was chosen so parents or carers can see the baby from their bed.

Inside, a cotton swaddle is designed to hold the baby in a sleeping position that emulates its time in the womb. The mechanism won't work unless the swaddle is securely hooked onto the bassinet sides.

A metal Wi-Fi shield in the platform of the bed sits between the baby and the module to prevent any potential radiation exposure. The Wi-Fi can to be completely turned off at the touch of a button.

One of the team's aims was to create an item that did not look high-tech but instead appeared as a piece of furniture that parents would want to have in their home.

"It was also very important that Snoo not look like a traditional robot or piece of technology," the designer said. "Its purpose, after all, was to naturally blend into the coziness and warmth of a baby nursery."

"Robots can be seen as an engineering feat, but with Hollywood dystopian undertones," Behar continued. "They don't exactly have a 'cuddly' reputation."

"On the other hand, baby furniture is often very plasticky and cliché, made cheaply and not to last," he added.

New technologies are rapidly being introduced into products for babies and children. This year, companies launched a thermometer that measures temperature with just a swipe across the forehead and a device that combines a baby monitor, sleep trainer and night light.