Dezeen promotion: a space-saving white and wooden island forms the centre of the Modern Pantry restaurant founder Anna Hansen's kitchen, which is revealed in this series of films by Miele.

Hansen's culinary workspace features in one of several short films created by manufacturer Miele to celebrate the launch of its Der Ker blog, which aims to offer customers ideas for new kitchen designs.

Hansen's kitchen was created with the help of her architect aunt who used to redesign ferries. It features a long and thin island, with the sink, induction hob and a tepan electric hob placed in one line.

Half of the island is glossy white, while the other part is made of a light wood. It has a series of stools underneath one side and shelves for cookbooks on the other.

"I spent quite a lot of time thinking about it really, and I did have some help from my aunty who is an architect," Hansen explains in the film. "She used to redesign ferries actually."

"So she's used to working on really small spaces where every inch of space has to be used properly, so grouping cooking elements of the kitchen together," she continued.

"You go from the stove, oven, and then with open space around that so that you can bring things out of the oven and put them down without knocking into people."

A green splashback covers the back wall of the kitchen, complementing the herringbone-pattern flooring. There is also a black board above the oven for scribbling ideas. Glass sliding doors allow plenty of light into the space.

Hansen also says that essential items in her kitchen include Miele's induction oven, tepan, the steam oven and "of course the dishwasher".

Monica Galetti wanted an open kitchen that allowed her to cook while watching her young daughter and dog. A large island in the centre of the space allows the chef to multitask.

It also provides plenty of space for testing recipes and entertaining friends, and includes a coffee machine, wine cellar and three different ovens.

"I am a chef I need it to be very practical as well as a kitchen that's ideal for family and friends, hence having something that is very open, our daughter and dog can be running in and out and I'm here busy cooking and entertaining at the same time," said Galetti.

"The island for me is just so functional you know you've got everyone sitting here," she continued. "Of course when I'm testing food plates I've got space to work."

A skylight brings ample natural light into the kitchen, while folding glass doors open the space it to the outside. The colour palette is largely monochrome, with dark grey kitchen cabinets, a lighter grey island counter and white flooring tiles.

Sven-Hanson Britt's kitchen is located in the corner of his main living space. The area is small, making the efficiency of the space a high priority. All of the appliances are fitted in the cabinets around the corner of the room.

"We were limited with space, so we had loads of thing that we wanted to have in the kitchen, which were a must for us like a dishwasher, fridge freezer, a washing machine and then for me having all of the cooking appliances because that's what I think of as most important."

To make the space appear larger, the kitchen cabinets are all painted white to blend in with the colour of the walls. There is also a small kitchen island in the centre of the space, with a rack below for storing utensils. 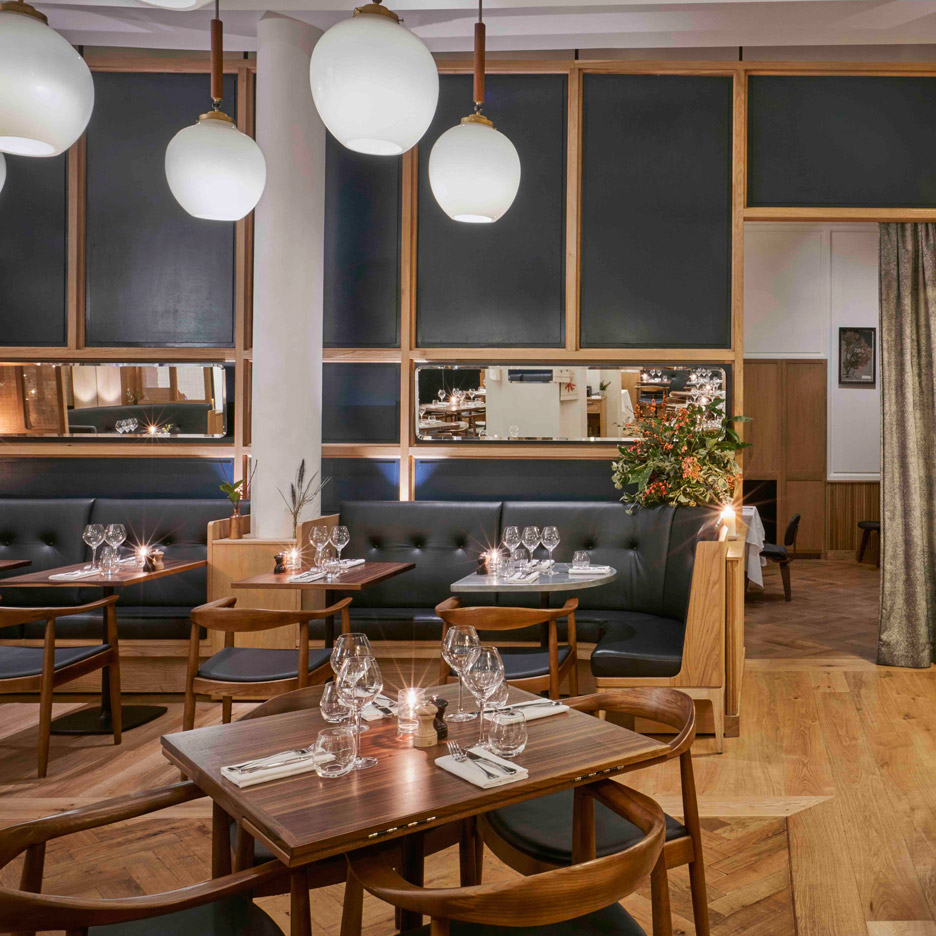 Founded in 1899, Miele is a family-run company, belonging to the Miele and Zinkann families – today each in their fourth generation.