London studio Doshi Levien has created a furniture range for John Lewis that it hopes will bridge the divide between high-end design and the high street.

The furniture is an attempt to address what studio co-founder Jonathan Levien calls a "huge gap" between the world of design and what's available to people in high-street stores.

Each of the pieces is designed to appear sculptural regardless of the angle its seen from. This results in pieces like the Nami chair, which has a shell-like seat that sits detached from the support of its back legs.

"We wanted to design furniture that wasn't static, but which could show that modern rooms are flexible spaces," said the studio's Jonathan Levien.

"We've translated that into geometries that incorporate sculptural qualities and which offer an idea of how you can start defining spaces with individual pieces." 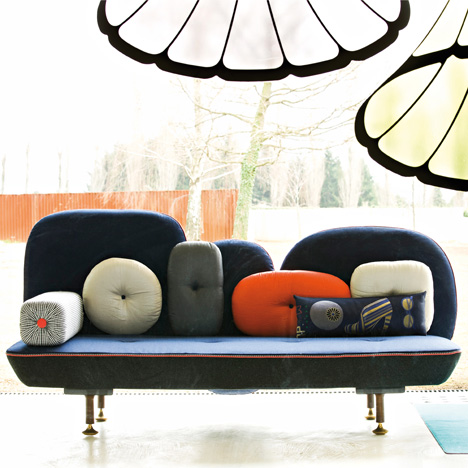 The studio developed each piece across the course of two years, starting out with card and wire models.

The Falcon table lamp features a shade that extends dramatically over its shiny black base, and the Ballet console table sits atop a metal base with four connected legs.

The Pondok sofa has a tall padded back, as does the Nami chair, which has been designed to envelop sitters.

The collection also includes a set of woollen rugs, patterned in brightly coloured striped chevrons, and a coffee table with a smoked glass surface.

"Open Home is a set of objects that can be moved around to let you quickly change a room," said the studio other co-founder, Nipa Doshi. "There's something sensual about the pieces which means they work together, but equally they're strong enough to stand on their own. They're about helping you to create a space." 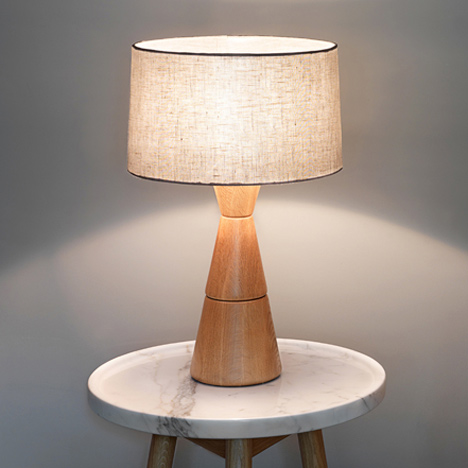 The furniture is part of the John Lewis Design Collective range, which has seen the company develop pieces in partnership with various designers, including Bethan Gray.

The Open Home furniture will launch in February 2017.